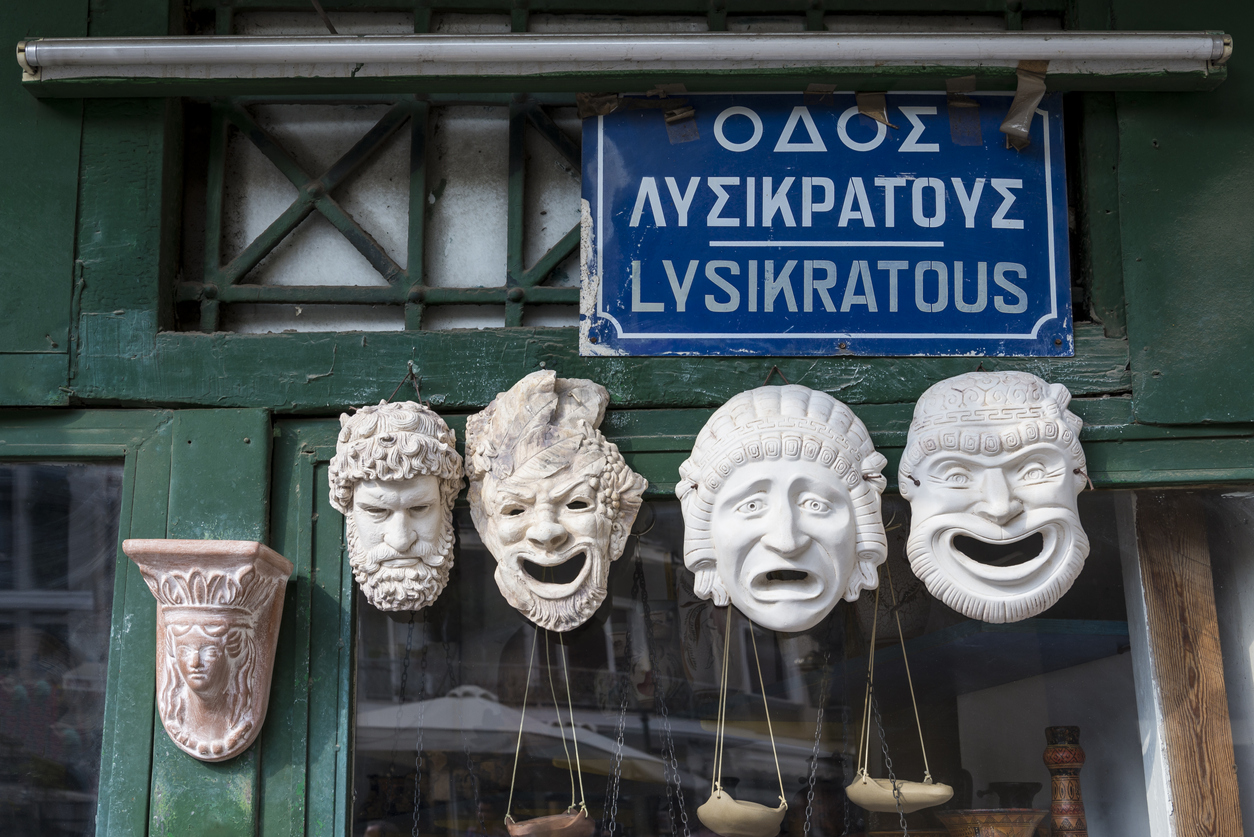 LAWRENCE — Woody Allen often writes about how comedy and tragedy are intertwined.

A new book finds that’s been the case for thousands of years … but in unexpected ways.

“Paracomedy: Appropriations of Comedy in Greek Tragedy” (Oxford University Press) analyzes a phenomenon in which Greek playwrights seized aspects of comedy and incorporated it into their tragedies. This is the first book ever published entirely dedicated to the topic. 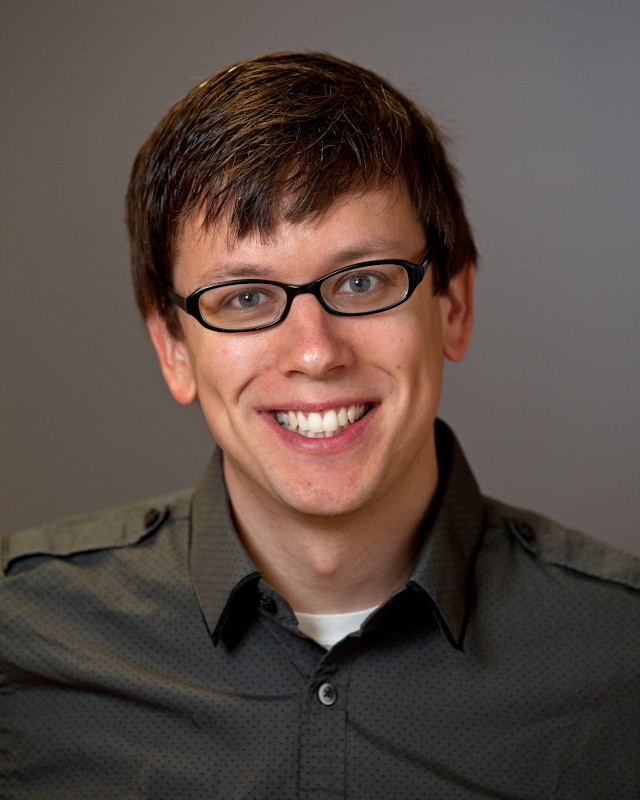 “We’re all dealing with human issues, and obviously the same sorts of material can be played for humor or for something very serious,” said author Craig Jendza, assistant professor of classics at the University of Kansas. “But what I’m talking about here is the times when serious authors are trying to co-opt something comic and use that to further their aims and their genre.” 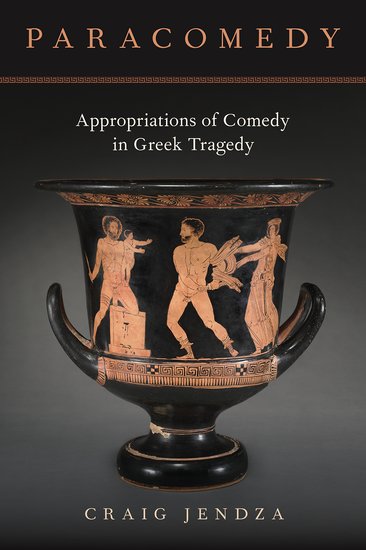 “We have things in modern movies that are blends of tragedy and comedy. But we don’t have a really serious drama that would co-opt costumes, dialogue or a scene from something like a Will Ferrell movie,” he said.

For example, he cites the use of theatrical costumes in Aristophanes’ “Women at the Thesmophoria,” where the comedian attacks the tragedian Euripides by making his relative get dressed up in women’s clothes. This is done to humiliate and feminize him. Some years later, Euripides tries to appropriate this by staging the exact same scene in his tragedy “Bacchae.”

“But here he’s trying to co-opt that parody to show how this costume choice can be serious and a better fit for tragedy,” Jendza said.

The professor devised this idea after taking a graduate seminar that discussed the opposite relationship: paratragedy.

He said, “I was interested in the possibility that tragedy could talk back or respond to these comic criticisms that were happening all the time. This was a very small world in ancient Greece. The dramatists would have all known each other. It would have been a very small circle of people involved with the theater. How could they not want to respond?”

With human nature basically remaining unchanged since the ancient Greeks developed theater, it begs the question of whether these concepts of comedy and tragedy endure with little change. So .. is what’s funny from thousands of years ago still funny today?

“Partially. It depends on the extent our culture maps onto theirs,” Jendza said.

“If we’ve got the same sort of understanding or culture or gender or society, then it will. But there’s a whole bunch of jokes from the ancient world that don’t make any sense to us whatsoever. There are jokes about how people from Boeotia, which is a region in Greece, really love eels. We’re a bit confused about that one.”

“Right now we’re dealing with the coronavirus,” he said. “What I found interesting is that people are watching ‘Outbreak’ and ‘Contagion’ and all these other virus disaster movies in an attempt to deal with the trauma. One ancient Greek tragedy called ‘Oedipus Tyrannus (Oedipus Rex)’ dealt with a deadly Athenian plague that affected their whole society. And what did the ancient Greeks do? They incorporated plagues into their tragedies. These dramas are still relevant because the same issues keep popping up.”

The Massachusetts native hopes this work accomplishes several things. Fundamentally, he wants to provide strong evidence for the existence of paracomedy. The reputation of tragedy has it being only influenced by epic, serious stuff. But he found numerous examples of a supposedly high genre snatching things from a low one.

“Part of my goal is also to have classicists reassess this genre and see the fifth century theatrical world as really dynamic and filled with mutual influence between the genres,” he said. “Most people think of tragedy and comedy as separate traditions, although they were put on stage at the same religious festivals in the same theaters. So there must have been cross-influence between them.”

KU in the news
NPR — Wed, 11/23/2022
Books we love — "Origin: A Genetic History of the Americas"
Popular Science — Tue, 11/22/2022
Ridiculously hot gas giant exoplanet is about to be swallowed by its dying sun
WASP-39b won’t ever be a suitable planet for human habitation, says @KUCollege astronomer Ian Crossfield. But the J… https://t.co/kydhqEL5wF
«»
Follow us on Twitter »
Why KU
Apply »
One of 34 U.S. public institutions in the prestigious Association of American Universities
44 nationally ranked graduate programs.
—U.S. News & World Report
Top 50 nationwide for size of library collection.
—ALA
5th nationwide for service to veterans —"Best for Vets: Colleges," Military Times