LAWRENCE — Who could have foreseen the tragic consequences of the novel coronavirus pandemic that threatens to overwhelm America’s hospital system, and in particular, emergency departments? 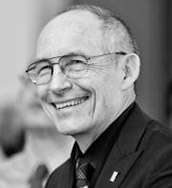 A lot of folks, including Frank Zilm, University of Kansas professor of architecture & design, who has worked on the problem for nearly two decades, and whose Institute of Health and Wellness Design exists to ponder such questions.

Now, Zilm hopes, efforts to future-proof hospital emergency rooms and departments will have more saliency when it comes to planning them. Zilm said his research has shown that it only costs an extra 5% to build in anti-contagion surge capacity when a hospital is being constructed. Trying to retrofit an existing hospital, if not impossible, is prohibitively costly and complicated, he said.

Zilm said his personal consulting practice was engaged by the Department of Homeland Security after 9/11 to study the capacity of the hospital system in the nation’s capital to handle a surge of casualties caused by a terrorist attack, natural disaster or disease outbreak.

“The goal of that study was to see if the ER could absorb a fourfold surge capacity ... to blow up like a balloon, and then collapse back down,” he said.

The ideas occasioned by that exercise have informed his practice ever since, Zilm said. So, too, did a study of the reaction of Montreal hospitals during the SARS respiratory virus outbreak of 2002-04, all of which led him to organize an entry in the 2018 “Breaking Through” competition organized by Healthcare Design magazine.

Together with master’s degree students Zach Overschmidt and Bhaswati Mukherjee, Zilm put forth a concept for an ambulance chassis onto which self-contained emergency room units could be popped on and off. Once removed, the units could then be connected to the prepared emergency room like airplanes docking at airport gates. Existing equipment and utility service lines could easily be brought in or extended into the newly attached spaces while keeping their contagious patients walled off from the rest of the hospital, its staff and patients with airlocks and attendant sanitizing procedures.

When the surge passes, the portable ER pods could be stored away for next time, the group’s plan showed.

This approach has great advantages over the tents that many hospitals are erecting outside their ERs today to handle the surge, Zilm said.

“Tents are horrible,” he said. “One issue that came out of the Homeland Security study was the stress on staff who you are putting in an unfamiliar environment, and then you expect them to perform better than normal. It’s a bad idea. The key idea about this is that staff knows where to get supplies. They know how to get from point A to point B. And it’s a temperature-controlled environment, which will be more effective.”

Zilm pointed to one hospital today – Tampa General – that was designed with the capacity to surge from 77 to 277 emergency room treatment spaces and to isolate a large number of high-risk, contagious patients. All future hospitals should be built with the same capacity, he said.

“Hospitals have been under such capital cost constraints that it has not been seen as an immediate problem,” Zilm said. “Many are overcrowded today before this virus hit. So the ability to incorporate surge-capacity issues when they are unknown events has always been difficult.”

Illustration: Professor Frank Zilm and two graduate students entered these drawings, showing their design for an ambulance chassis with removable treatment pods (left above) and the emergency department to which they could attach, in a 2018 contest. Credit: Courtesy Frank Zilm and Healthcare Design magazine.

Search options »
Subscribe to KU Today
KU in the news
Wired — Wed, 07/21/2021
Burnout is a good thing
Science — Thu, 07/15/2021
Exploding stars may have assaulted ancient Earth
Strike up "Pomp and Circumstance" and wave the wheat for @UnivOfKansas fall 2020 and spring 2021 graduates. See who… https://t.co/pN0PfAte6n
«»
Follow us on Twitter »
Why KU
Apply »
One of 34 U.S. public institutions in the prestigious Association of American Universities
44 nationally ranked graduate programs.
—U.S. News & World Report
Top 50 nationwide for size of library collection.
—ALA
5th nationwide for service to veterans —"Best for Vets: Colleges," Military Times