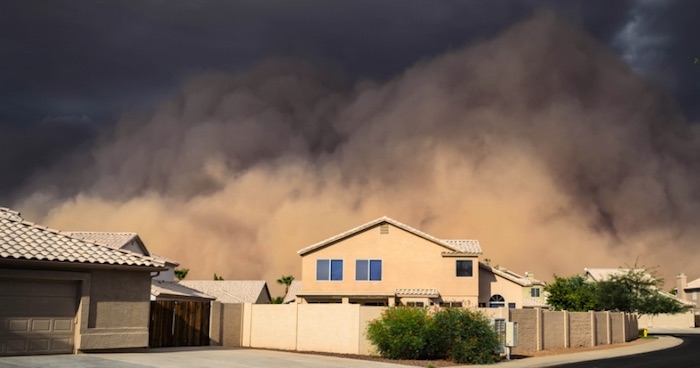 LAWRENCE — Southwestern Kansas in the 1930s saw some of the worst dust storms ever recorded in the U.S., when apocalyptic clouds of heavy dust terrified and even killed people, livestock and wildlife.

Long ago, farmers phased out the kinds of practices that brought about the Dust Bowl, but dust still can harm health, agriculture and transportation while exacerbating environmental problems. Indeed, dust storms may increase as climate change causes drier conditions. (The National Oceanic and Atmospheric Administration asserts windblown dust storms increased 240% from 1990 to 2011 in the southwestern United States.)

Today, a researcher at the University of Kansas has developed an advanced technique for forecasting dusty conditions months before they occur, promising transportation managers, climatologists and people suffering health issues much more time to prepare for dusty conditions. By contrast, common methods of predicting dust in the air only give a few days of advance warning. 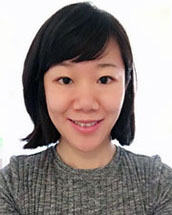 Bing Pu, assistant professor of geography & atmospheric science at KU, is lead author of a new paper in Geophysical Research Letters detailing a long-range dust-prediction method her team used to accurately predict dustiness in the southwestern and central United States.

“We use a statistical model constrained by observational data and the output of a state-of-the-art dynamic seasonal prediction model driven by observational information on Dec. 1,” Pu said. “We found using our method, we actually can give a skillful prediction for the dustiness in springtime, one of the dustiest seasons in the U.S., over the Southwestern and Great Plains regions — two of the dustiest areas in the U.S.”

Pu and her colleagues, Paul Ginoux and Sarah Kapnick of the NOAA Geophysical Fluid Dynamics Laboratory, and Xiaosong Yang of NOAA and the University Corporation for Atmospheric Research, were able to predict “variance,” or days when there was more or less dust in the air than average.

“Over the southwestern U.S., our model captured the variance of the dustiness over the time period from 2004 to 2016 by about 63%,” Pu said. “Over the Great Plans, about 71% of the variance is explained.” 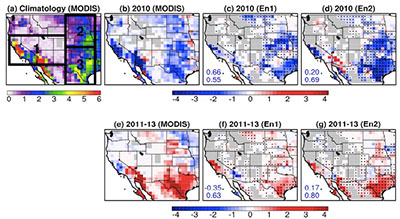 Pu said factors influencing amounts of dust in the air can include surface winds, precipitation and amount of bareness of the landscape. These kinds of data were incorporated as key variables into the prediction model.

According to Pu and her collaborators, high levels of airborne dust can affect individual people, transport systems and agricultural production.

“Small dust particles are very easily taken into your breathing system and then could cause lung diseases like asthma — and some studies suggest there might be some connection with lung cancers,” Pu said. “There's a study finding dust storms are related to valley fever in Arizona as fungi can attach to dust particles. And when there's a severe dust storm, visibility is reduced so it can increase car accidents on the highways. In 2013, there were severe dust storms in western Kansas that reduced visibility and caused problems for local traffic. In Arizona, when there's a strong dust storm usually called a 'haboob,' the dust wall goes up to a few kilometers high, and this can affect airports —airports have to close due to the dust storms. Fortunately, these storms are moving quickly and dissipate after a few hours.”

Beyond safety for people, Pu’s team detail in their study how high dust levels can sway the environment as a whole.

“Dust particles absorb and scatter both solar and terrestrial radiation, thus affecting the local radiative budget and regional hydroclimate,” they wrote. “For instance, dust is found to amplify severe droughts in the United States by increasing atmospheric stability, to modulate the North American monsoon by heating the lower troposphere, and to accelerate snow melting and perturb runoff over the Upper Colorado River Basin by its deposition on snow.”

Pu said she hopes someday an organization or government agency could run the model she’s developed and issue seasonal dust predictions months in advance, especially if the potential for high levels of dust cause concern.

“Traffic systems and human health would benefit most from this long-term prediction ability about dust and air quality,” she said. “I think it would be great if an institute would try to give regular predictions of dustiness variations that could be helpful for airports or road traffic or transportation managers. Facilities could plan for times when there could be a lot of dust in the local area. It could even affect the plans of local farmers.”

For the time being, Pu aims to continue to refine the dust-prediction model to include atypical weather influences and human activity that could contribute to dust patterns.

“We want to continue to understand what other factors haven't been explored in the seasonal variation of the dust,” she said. “For instance, those large-scale factors such as the El Niño-Southern Oscillation, and also anthropogenic factors, how people’s influence through agriculture or construction projects, might affect dust emission in the future. Of course, we want to also keep collaborating with people at NOAA GFDL to give dust predictions.”

Right image: (a) Climatology (2004‐2016) of dust event frequency (%) in March‐April‐May (MAM), and anomaly (with reference to the climatology; %) in 2010 from (b) Moderate Resolution Imaging Spectroradiometer (MODIS), (c) prediction with En1 ensemble, (d) prediction with En2 ensemble, and anomalies averaged between 2011 and 2013 from (e) MODIS, (f) prediction with En1, and (g) prediction with En2. The dotted area indicates that at least eight out of the 12 ensemble members show the same sign as MODIS anomalies. Missing values are shaded in grey. The black boxes denote the averaging areas over the southwestern United States (box 1) and northern (box 2) and southern Great Plains (box 3). Pattern correlations (uncentered) between the predictions and MODIS over the southwestern United States (first) and the Great Plains (second) are shown in bottom left in blue. Credit: Pu, et al.