LAWRENCE — When the U.S. Supreme Court ruled that same-sex marriage was legal, it was a major victory for generations who fought to achieve equality. However, the decision was far from the end of oppression for the LGBTQ community, especially queer and transgender youths in rural areas. A University of Kansas -wrote a study to gauge what issues are most important to this population and what motivates them to take part in activism aimed at equality. 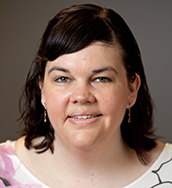 Approached by an organization that lobbies for LGBTQ youths in rural America, Gandy-Guedes created a survey, then approached for her expertise in working with the population to research factors that influence their well-being. 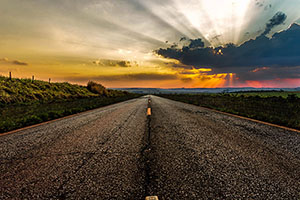 “They wanted to know what were the motivations for this young group to get active, so we did a survey to see what issues they cared about most,” Gandy-Guedes said. “To find that out we asked them about what social, environmental and justice issues were most important to them. Second, we asked them what motivated them to take part in activism around those issues.”

in : Journal of Women and Social Work.

Helping others and reducing discrimination for future generations were the top concerns. Many respondents the issues they affected their friends, so they fought on their behalf as well. Others said they had lived or are still living through various forms of discrimination or harassment, and they want to ensure future generations of LGBTQ individuals do not face the same problems. , or working across generations, was a key issue. Some respondents they had an older mentor who helped guide them through difficult times. Others did not and wanted to ensure they could act in that role for younger individuals.

The authors also asked participants what types of activism they had taken part in or would consider. Examples included door-to-door canvassing, posting on social media, speaking with the media, contacting elected officials or getting arrested for civil disobedience. The researchers set scores for the most passive actions to the most personally risky, such as getting arrested. Lived equality for transgender individuals had the highest score of issues respondents will fight for.

Gandy-Guedes and approach the issue in terms of intersectionality. While certain factors such as race or gender influence a person’s life experiences, many others, such as sexual orientation, income level age, play a part. When taken together, or , they can help outline people’s experiences.

“Thinking about this post-marriage equality, and that issue being mostly white and mainstream, it doesn’t focus on the needs of these young people,” said. “We wanted to focus on intersectionality. I think the findings speak to the fact that issues like police brutality don’t just affect queer populations, but queer populations of color especially. It’s great that we have marriage equality, but there are many other forms of oppression still happening. I think these young people weren’t just worried about what was happening to them but issues that affected others.”

Because studies about LGBTQ activism have largely focused on adults in more urban settings, the researchers wanted to collect views from a population whose day-to-day experiences are very different.

“It was important to both of us to present challenges unique to people in rural areas. If you look at any map of challenges for LGBTQ populations, the worst are always in the rural states,” Gandy-Guedes said.

Young people will also be the ones who largely shape future activism. Understanding the work they’re doing and what motivates them to take action will also help inform future research.

“This is the age group of current and future leaders, and understanding to engage with them will only help equip everyone for the work still to ,” said.