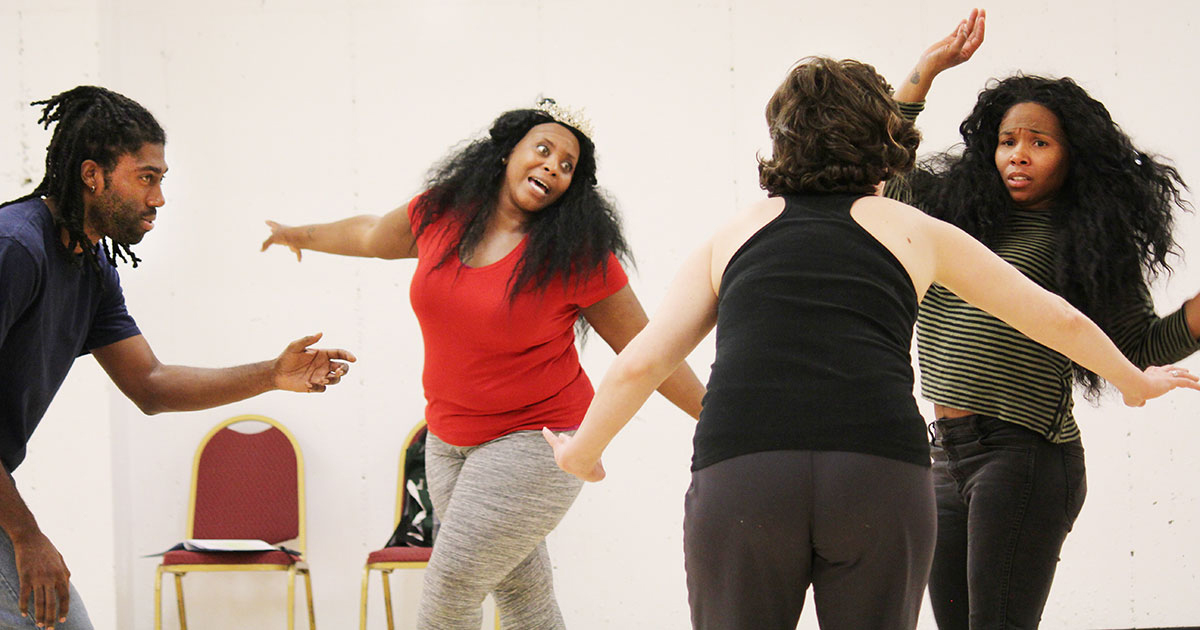 LAWRENCE – More than one white politician has landed in hot water this year after old photographs of them dressed in blackface surfaced. Clearly, racial stereotypes are still a touchy subject. So is it OK for minorities to dress in whiteface? What if it’s meant to represent an inner conflict among people of mixed-race identity? 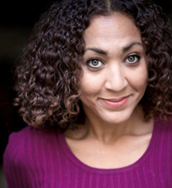 “This question implies that there is such a thing as reverse racism, and I don’t think we can even ask that without discussing the systemic inequality and racial hierarchies that result in internalized racism experienced by historically underrepresented groups,” said Nicole Hodges Persley, University of Kansas associate professor of theatre.

Melting Pot Theatre in Kansas City, Missouri, goes there this month when Hodges Persley directs an avant-garde play from 1964 titled “Funnyhouse of a Negro” by Adrienne Kennedy. The play, which opens at 7:30 p.m. Friday, May 3, for a two-week run, is part of Hodges Persley’s exploration of the ways 20th-century black artists undermined racial and mixed-race stereotypes in their creative work.

For the past couple of years, Hodges Persley has been working on the first major biography of actress Fredi Washington (1903-1994), a woman of mixed racial background who fought against the racial stereotyping of her day while also working for black empowerment.

“The two pieces are connected because my book, titled ‘Not Tragic: Fredi Washington and the Improvisation of Radical Black Performance Traditions,’ is on Fredi Washington, who became a poster child for playing a tragic mulatto figure in the film ‘Imitation of Life,’ even though in her real life she was an activist for social change and was extremely proud of her black heritage.

“The book maps the artistic genealogy of the tragic mulatto image in American theater, film and television and departs from Washington's iconic performance to the present, linking other black artists such as Adrienne Kennedy who have produced counternarratives of artistic resistance by disrupting racial stereotypes.”

“Funnyhouse of a Negro” shared the 1964 Obie Award with another play Hodges Persley has directed at KC Melting Pot, Amiri Baraka’s “Dutchman.” “Funnyhouse” is a one-act play that the director describes as poetic, “nonlinear” and disturbing.

“My book looks at societal representations of the mixed-race character as ‘insane,’ ‘tragic’ and ‘torn between two worlds,’” Hodges Persley said. “But if you dig deeper, that’s not necessarily the case. Kennedy says it’s not necessarily the mixing of two races that produces psychosis but the predominant narrative of whiteness that people of color are forced to consume, but that they can never fulfill; they can never live up to it. She asks why blackness is portrayed as evil and not seen for its positive contributions to the world.”

Hodges Persley said that even today, many black women internalize the message that they don’t live up to white society’s beauty standards, which often strategically exclude images of black women.

“The lead character says she’s interested in things that are astonishingly white,” Hodges Persley said. “She needs these things to protect her, so she doesn’t recognize herself. The link I am trying to make here is that these images hurt black women more and more, with the things they see today on Instagram. Black women are told to change their hair and their features to be read as more ‘beautiful.’ I am working to center black women’s narratives as beautiful and important. I hope it will help people understand and not be subject to this type of social engineering.”

Hodges Persley says this production of the rarely staged “Funnyhouse” is timely.

“The play was written in 1964, and we are still having the conversation in 2019,” Hodges Persley said. “That’s more tragic than anything.”