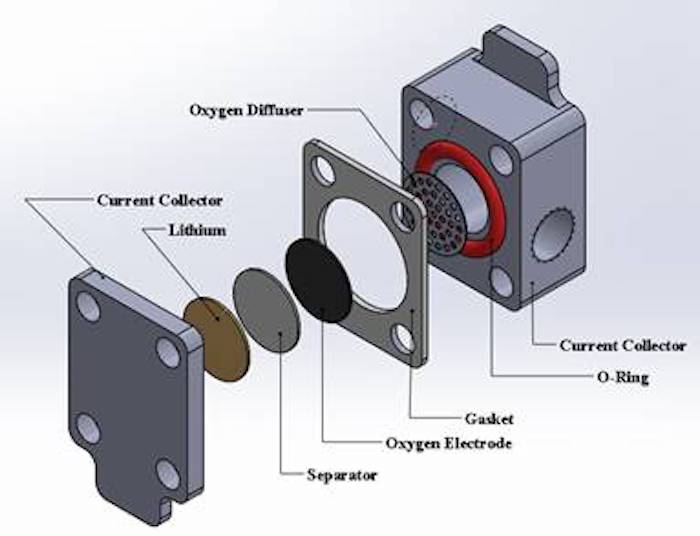 LAWRENCE — Sick of having to plug in your phone every night? Help might be on the way.

New research at the University of Kansas could provide longer-lasting batteries for most consumer electronics and electronic vehicles in the coming years. 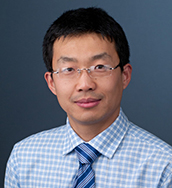 “Everyone wants to have better batteries for phones, electronics and cars,” said Xianglin Li, assistant professor of mechanical engineering. “The current lithium-ion battery, which is used everywhere, doesn’t have enough energy density — you have to charge your phone every day.”

“The research we’re doing on the lithium-oxygen battery represents the next generation of energy storage,” he said. “Theoretically, it has about one order of magnitude higher storage capacity than lithium-ion. So, if you switch to this in the future, you’ll only need to charge your phone once a week. There are competing technologies like the zinc-air or lithium-sulfur batteries, but lithium-oxygen clearly is the one with the highest capacity, so it has great advantage.” 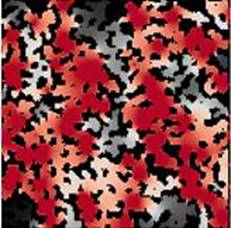 With his new NSF grant, Li hopes to develop technology to boost the current density of lithium-oxygen batteries to make them more practical. He’ll work in the X-ray Computed Tomography Facility at Carnegie Mellon University, collaborating with Shawn Litster.

“Our objective is to increase the power of lithium-oxygen battery by one order of magnitude while having the state-of-the-art energy density,” Li said. 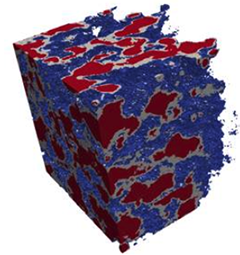 “Shawn Litster at Carnegie Mellon has a unique device to measure morphologies at the nanoscale — technology that’s like a CT scan in a hospital, but with very high resolution down to the 20-30 nanometer resolution,” Li said. “We want to measure the lithium-oxygen battery electrodes and understand how we can transfer oxygen better with an improved design.  The battery has to absorb oxygen from the air, so if we don’t supply oxygen fast enough, the power will be limited. We’re going to use his facility along with our advanced models and theories to try to design a high-performing battery electrode — and hopefully we’ll have a prototype for lab demonstration.”

The investigation will focus on improving oxygen’s sluggish mass transfer in battery electrodes.

“Batteries are electrochemical devices where you want a high reaction rate — and the only place the reaction can happen is in the electrode and electrolyte interface,” Li said. “We have to create as high a surface area as possible using nanomaterials, but mass transfer will be very slow because nanopores have higher resistance. In a lithium-oxygen battery, the electrolyte is liquid and the mass transfer through liquid is very slow compared with air. One example is you can’t breathe through a piece of paper soaked with water because of the high water resistance to oxygen transfer. It’s the same case for a liquid electrolyte, so we want to create the gas phase in our electrode to facilitate the oxygen transfer.”

Li said the project has the potential to result in a patented technology that could push forward research and adoption of the lithium-oxygen technology in the coming years. The researchers plan to form potential partnerships with the local industry and reach out to the public through the Kansas City STEM Alliance.

Additionally, the grant work will support the training of two KU graduate students.

“I currently have a Ph.D. student who I think will join with me in the summer to come to CMU,” Li said. “It’s a great training experience. He’ll graduate later this year and next year there will be another graduate student — so I’ll train two different students during this project.”