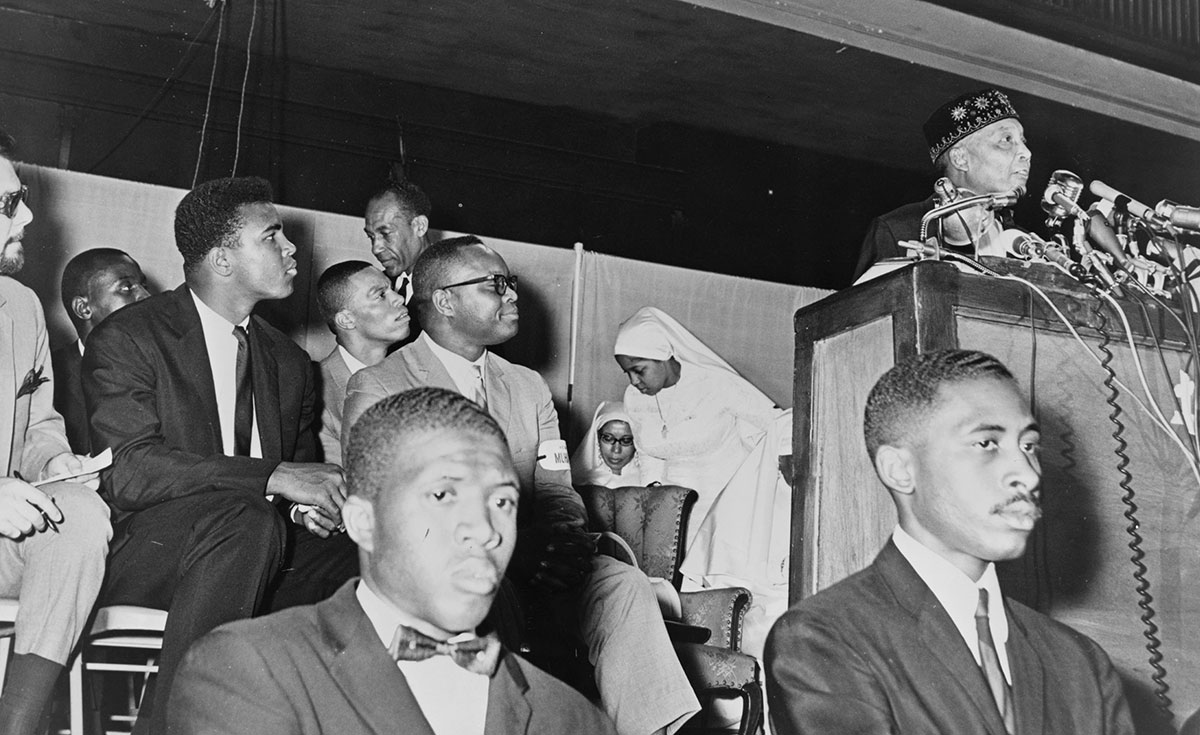 LAWRENCE – There have been two biographies of jazz piano great Mary Lou Williams. There are two biographies of singer and actor Ethel Waters, as well as her two autobiographical memoirs, “His Eye is on the Sparrow” and “To Me It’s Wonderful.” Black Panther Party founder Eldridge Cleaver wrote two autobiographies – “Soul on Ice” and “Soul on Fire.” And there have been countless books on the life of boxing legend Muhammad Ali, including his own, “The Greatest.”

So why did Randal Maurice Jelks, University of Kansas professor of African & African-American studies and American studies, feel it was necessary to write a book focusing on their spiritual and religious lives?

Jelks profiles each of them in his new book, “Faith and Struggle in the Lives of Four African Americans” (Bloomsbury, 2019).

He says he wanted to place their lives in the context of their 20th-century times, showing how they responded to their life experiences in a different religious way.

For instance, the writings of Catholic Trappist monk Thomas Merton were influential on both Williams and Cleaver, Jelks said, to the point that Williams converted to Catholicism and her later, religiously inspired works presaged the strain of “liberation theology” that runs through the church today, particularly in developing nations.

Cleaver’s religious life was as peripatetic as his politico-legal one, becoming first a Black Muslim, then an evangelical Christian (and a political conservative), then finally joining the Church of Jesus Christ of Latter-Day Saints.

Ali may have been the most famous religious convert of the 20th century, committing himself to the black nationalist Nation of Islam immediately after winning the heavyweight championship in 1964. Like his friend Malcolm X, Ali later left the movement and became a more traditional Muslim.

But Jelks begins the book with his recollection of seeing Waters singing what had, by that time, become her signature gospel song, “His Eye is on the Sparrow,” on a televised Billy Graham crusade during the late 1960s. As a preteen, Jelks writes, he considered Waters an “Aunt Jemima.”

“I sternly judged Waters with all the sexist, self-righteous indignation that a thinking 10-year-old boy could muster,” Jelks wrote.

It was only decades later that he reappraised her after learning that Waters was LGBTQ and yet still hewed to the evangelical worldview that condemned those like her. His chapter on Waters attempts to explain that dichotomy.

While he was working on what he thought would be a scholarly article about Waters, Jelks said, friends encouraged him to consider writing about other prominent black Americans' “religious journeys.” Studies continue to show, Jelks noted, that black Americans as a whole are more religiously observant than nonblack Americans.

So he thought about other leading figures who influenced his life, from Ali to Cleaver to Williams. Jelks writes that he grew up in ethnically and religiously diverse neighborhoods in New Orleans and Chicago, and he used his own life’s trajectory as a through line in the book.

“My argument in these pages,” he wrote, “is that individual black American stories, in particular, provide luminous and revealing inner histories, and they are just as important to explore as the histories of human rights protests and political activism.”

At another point, Jelks urges the reader to “consider this book an effort to recover a usable democratic past from the faith stories of four black Americans. Maybe, just maybe, by examining these stories we might creatively recover moral possibilities for today. Amid authoritarian and antidemocratic politics, Islamophobia, ISIL and justice struggles like Black Lives Matter, it seems a crucial time to examine faith stories.”

Jelks will read from and discuss his book Feb. 11 at Lawrence Public Library.