LAWRENCE — Two faculty members of the University of Kansas are among the latest group of fellows announced by the American Association for the Advancement of Science (AAAS). 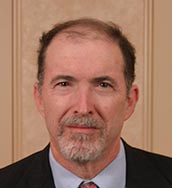 They are among 416 new members awarded this honor this year in recognition of their scientifically or socially distinguished efforts to advance science or its applications.

“We are always pleased when our outstanding scholars are recognized for their contributions to their academic fields, but especially so when the recognition comes from a prestigious scientific organization like AAAS,” said Chancellor Douglas A. Girod. “These researchers provide excellent examples of how our faculty work to improve our society through advancing knowledge, and I congratulate these well-deserving recipients of this honor.”

AAAS fellowships are among the honors tracked by the Association of American Universities. 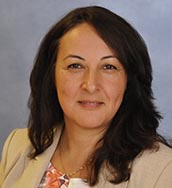 Tamerler was nominated for distinguished contributions to bio-enabled approaches for the development of regenerative biomaterials and leadership in the engineering of peptides and proteins to modulate materials/tissue interfacial reactions.

This year’s group of fellows will be recognized in February 2019 at the 2019 AAAS annual meeting in Washington.

Election as an AAAS Fellow is an honor bestowed upon AAAS members by their peers. Members may be considered for the rank of fellow if nominated by the steering groups of the association’s 24 sections or by any three fellows who are current AAAS members, provided that two of the three sponsors are not affiliated with the nominee’s institution.

Fellows must have been continuous members of AAAS for four years by the end of the calendar year in which they are elected.

KU now has 25 active faculty members who are AAAS Fellows.