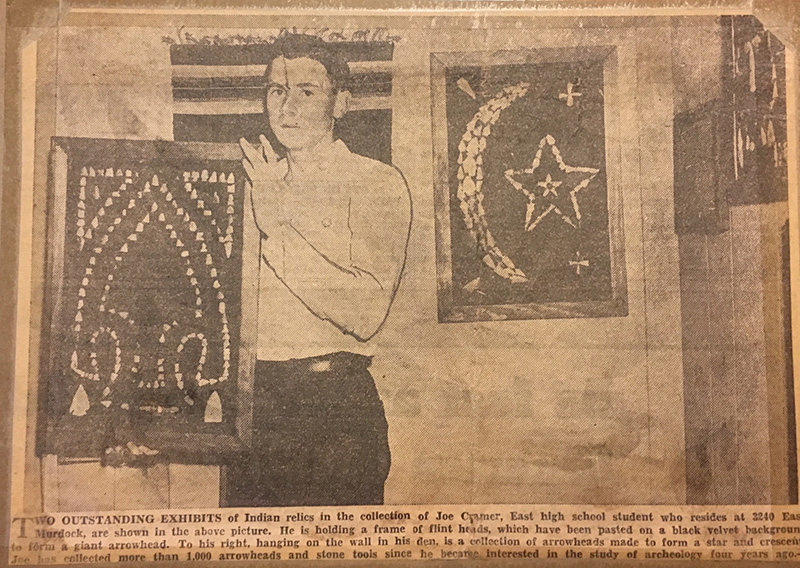 LAWRENCE — A geoarchaeological program at the University of Kansas that is digging up the mysteries of the earliest people to inhabit the region will get a $6.9 million boost with an estate gift from a late geologist and his wife. 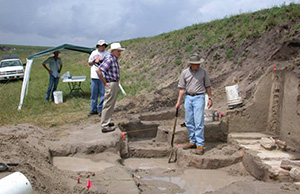 Joseph L. and Maude Ruth Cramer of Denver established the Odyssey Archaeological Research Fund at KU in 2002 with a $1 million gift. The additional $6.9 million estate gift will further benefit research by the Kansas Geological Survey and the KU archaeology program in the Department of Anthropology. Joseph died in 2013, and Ruth died in 2018.

The gift will enhance support for the Odyssey Geoarchaeology Research Program, which is dedicated to using geoscientific methods to search for evidence of the earliest human presence in the Central Great Plains and western portions of the Midwest, and to gaining a better understanding of the environments that affected those people. Those efforts have taken place in the field and in laboratories and have focused on Paleo-Indian archaeology and geoarchaeology in Kansas, Nebraska, South Dakota, Colorado, Oklahoma and Missouri.

Rolfe Mandel is executive director of the Odyssey Program. He also is director of the Kansas Geological Survey and a University Distinguished Professor in the Department of Anthropology.

Mandel said Joseph Cramer, who went by Joe, had an interest in archaeology that started at a young age. And even though his career took him down the path of petroleum geology, he had a passion for the concept of searching for the earliest people in the Americas.

“Joe knew research is expensive, and he didn’t want scientists and students to spend all their time trying to generate money,” Mandel said. “He was willing to provide the support and often said, ‘Now go do it.’”

In addition to funding thesis and dissertation research related to the mission of the program, Odyssey supports undergraduate and graduate students involved in the program's summer field investigations.

Joe and Ruth Cramer’s grandson Chris Cramer, of Littleton, Colorado, said his grandparents would be proud of what the program has accomplished and how much potential it has to do even more.

“The passion my grandfather had for archaeology directly motivated his decision to establish this gift, and he and my grandmother did what they could to continue that passion and move it forward,” Chris Cramer said. “I think they would be very proud of the University of Kansas and what Rolfe Mandel is doing.”

Joe Cramer was born in Clovis, New Mexico, and grew up in Wichita. He graduated from the University of New Mexico and went to work for Boeing on the B-29 Superfortress bomber during World War II. After the war, he went to work for Standard Oil as a geologist, then as an independent oil exploration consultant based in Denver.

Maude Ruth Cramer, who went by Ruth, was born and raised in Wichita and graduated from Wichita State University. She and Joe met in Wichita and married in 1942. The couple lived in several states, including Mississippi and Montana, before settling in Denver. They had three sons, four grandchildren and four great-grandchildren.

When he established the fund in 2002, Joe Cramer said he chose KU based on the reputation of the Kansas Geological Survey and the strength of the archaeology program. Answers to complex questions about the origins of people in the region need the archaeological expertise that a university such as KU can provide because of the challenges created by topographical changes to the landscape over thousands of years.

“This search will require application of multidisciplinary expertise in order to be successful,” Cramer said.

Chancellor Douglas A. Girod thanked the Cramer family for their support.

“The university is grateful for the Cramers’ generosity, which is a testament to the quality of the archaeology program at KU and the expertise of Rolfe Mandel,” Girod said. “This gift will continue to train scientists, conduct valuable research and bolster KU’s reputation in the field of geoarchaeology.”

Top photo: Joe Cramer is pictured in a 1935 news article from the Wichita Beacon, displaying his collection of arrowheads. Photo courtesy of Chris Cramer. At right: Joe Cramer and Rolfe Mandel, executive director of the Odyssey Program, survey a site in Kanorado in this 2003 photo from the Kansas Geological Survey.