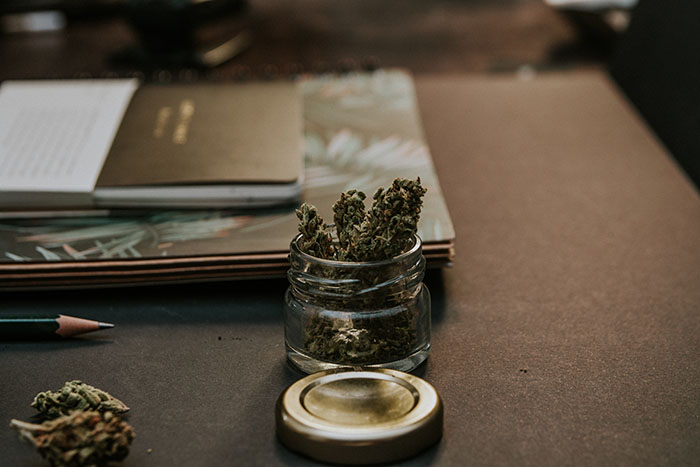 LAWRENCE — As marijuana legalization for medical and recreational purposes increases across the country, new research from the University of Kansas shows that where people are buying legal pot matters just as much, if not more, than who is buying.

In other words, the stereotype of the young, lazy, broke stoner gaming the system is not accurate, and laws regulating dispensaries would do well to consider community factors.

Researchers randomly sampled medical marijuana dispensaries in the city of Los Angeles and randomly surveyed customers to find out what they bought, how much and why. The findings show that where the dispensaries are located, products they offer and other factors contribute to those decisions and that people from 18 to 80 with a wide array of medical conditions and social backgrounds made the purchases.

The results support the argument that policymakers looking to make laws to regulate legal marijuana sales need to understand their local communities and neighborhoods and that no one law will prevent misuse or other problems.

Nancy Jo Kepple, assistant professor of social welfare at KU, collaborated with Bridget Freisthler of Ohio State University, who conducted a five-year study funded by the National Institute on Drug Abuse. They have published an article on their findings in the Journal of Primary Prevention. For the study, they randomly sampled 16 of 475 operating medical marijuana dispensaries in Los Angeles. The medical dispensary model has become the industry norm, even as recreational marijuana use has been legalized in more states.

“I think this study picks up on the wide range of people who came in to the medical marijuana dispensaries. There are a lot of different ways they are set up and a lot of different ways people are using them,” Kepple said. “There’s no one way people or policies can address them, and we need to think about the issue in a multidimensional way.”

After randomly selecting the dispensaries, the researchers randomly selected 595 people who exited them and asked them about their purchases and backgrounds. While slightly more of the patrons were young and male, a wide demographic spectrum was represented. Patrons spent an average of $41.73 at a time, but some only entered to get a free promotional offer, while one customer spent $330 on loose-leaf buds alone. Patrons also reported if they bought loose-leaf buds, edibles, concentrates, pre-rolled joints, seeds or clones, or whether they came in for one or more products.

However, dispensary-level factors were equally important when understanding purchase behaviors.

Researchers surveyed where patrons lived and their distance to the dispensary. Neighborhoods had a large influence on the dispensaries’ makeup and what people purchased. For example, people were more likely to buy edibles in dispensaries located in high-income neighborhoods. Those dispensaries were also more likely to stock a wide range of edibles in their inventory. About 44 percent of the venues sold a mix of loose-leaf buds, edibles and some other products, and roughly the same percentage sold the full range of products, while about 13 percent sold only buds and some edibles. The latter category was most often located in lower-income neighborhoods.

Kepple compared the differences in dispensaries to differences in liquor stores, where the products they offer play a large role in what people purchase. For example, patrons’ purchases will be different if a person is visiting only one liquor store in a day, depending on whether it is a large store that offers everything from individual-sized bottles for low cost to bottles of whiskey that cost hundreds of dollars, or whether it is a small shop that sells only beer and a few types of liquor. The study shows medical marijuana dispensaries also have different structures and variety in the types of products they carry. Kepple argues that research needs to further explore how these differences may influence individual purchases of marijuana products.

Thus, policymakers who are discussing potential laws and regulations on marijuana dispensaries need to understand market factors in addition to individual behaviors and that simple fixes will not work. Kepple said there are many legitimate debates to be had about the best way to prevent misuse and unintentional harms arising from increased availability of marijuana products.

“What we call ‘naïve users’ are people who have never used marijuana before but are buying from dispensaries for any number of reasons. Prior studies have indicated these individuals might be trying it as an alternative to opioids,” Kepple said. “In a recent study that we published in Addictive Behaviors, we found naïve users were more likely to pick up edibles, which are often more concentrated and can be arguably more dangerous.”

Potential for taking too much the first time and higher potency marijuana that are now available through dispensaries can lead to problems such as disrupted sleep patterns during withdrawal for people who are using medical marijuana to treat sleep disorders in the first place, Kepple said. The researchers do not take the opinion of increasingly legal marijuana being an all-good or all-bad scenario, but rather that the nuanced nature of the situation is vital to understanding an increasingly common situation. The data supports the argument that making assumptions about individuals, demographics and locations will not lead to effective policy. If dispensaries in one city, even one as diverse as Los Angeles, show a wide range of factors that drive purchasing behavior, blanket laws have little chance of being effective. Better understanding and further study are key, they argue.

“We see different factors that affect purchasing behaviors all the time, and we see that here with dispensaries,” Kepple said. “If we’re going to regulate them, we need to understand them. Medical dispensaries are not going away, and policymakers would do best to know what’s unique to their context, and we cannot be blind to the market forces that are driving these dispensaries.”