LAWRENCE — Elaina Sutley, assistant professor of civil, environmental & architectural engineering at the University of Kansas, investigates how communities bounce back from natural disasters like Hurricane Florence, which is poised to impact the Carolinas in the coming days. 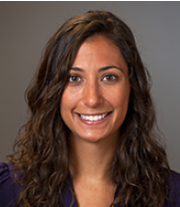 Reporters may contact Sutley for comments on Hurricane Florence at enjsutley@ku.edu or 785-864-2345.

She is part of a $20 million, five-year project funded by National Institute of Standards and Technology that enables engineers, computer scientists, economists, urban planners and sociologists to study how communities recover from disaster and become more resilient to future adversity.

“More frequent storms impacting areas that are still recovering from the previous years’ disasters is our new normal with climate change,” she said. “Many of the communities in Florence’s path are still recovering from 2016 Hurricane Matthew. Communities need to have mitigation and recovery plans in place that consider and integrate all community sectors. My (collaborative) ongoing research is investigating community sector prioritization, estimating planned recovery times to achieve community-set goals, identifying best practices for hazard mitigation planning, decision-support for more equitable housing recovery for households, and measuring wind pressures on elevated wood buildings — a type of construction common in coastal areas but not currently accounted for in our load standard.”

Sutley offered last-minute preparedness advice to people in the path of Hurricane Florence:

“A quick tip to reduce wind damage: close interior doors,” she said. “This is based off of recent experimental research out of the Institute for Business and Home Safety that observed peak forces pushing on the roof were reduced by closing interior doors, preventing the rapid in-fill of air.”

The KU researcher said emergency managers and local, state and national officials should be focused on housing people displaced by the storm.

“With the high winds, storm surge and rainfall predicted to accompany this hurricane, re-housing victims is likely to be one of the greatest challenges,” Sutley said. “Housing recovery is one of the most important individual and collective goals after a disaster. Housing recovery is an unequal and complex process, where different households experience drastically different recovery trajectories based on damage to their home, insurance reimbursements (existence of and timing), whether they are a renter or homeowner, their income level, race, ethnicity, mental health, and the financial aid that becomes available from local, state and federal governments and other organizations, as well as the timing of those resources.”

“Communities need to be aware of the existing physical and social vulnerabilities of households in their community, and plan accordingly to alleviate, rather than exacerbate, social disparities after a disaster,” she said. “Communities should be especially aware of public housing, and other affordable housing, and make plans to repair it as soon as possible to re-house people and households who are at the greatest risk of becoming homeless.”

Sutley, working with the Center for Risk-Based Community Resilience Planning at Colorado State University, recently performed fieldwork in Lumberton, North Carolina, an inland community that suffered extensive flooding in the wake of Hurricane Matthew in October 2016.

“From field study work I led earlier this year as part of the Center of Excellence of Risk-Based Community Resilience Planning, many of the homes that had experienced the highest flood waters were abandoned one year later — 151 homes out of our 861-housing unit sample,” she said. “Much of the public housing had not been repaired or reoccupied, leading to the question: Where did these people go?”