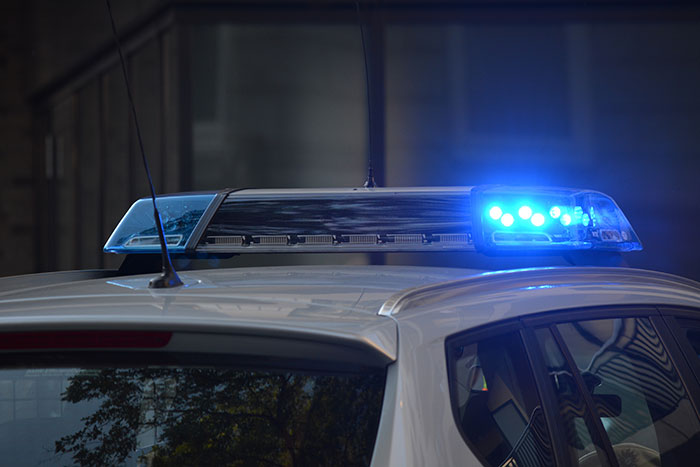 LAWRENCE — What people believe is the cause of racial disparities in police stops does influence whether they generally view police officers as trustworthy, but most people also don't change their views in light of reading those statistics, according to a study led by a University of Kansas researcher of political behavior and public policy.

"The theme is largely most people are simply reinforcing the attitudes they already have toward law enforcement," said Kevin Mullinix, assistant professor of political science. "When most people see information about racial disparities in police stops, it doesn’t erode their trust in police. It is troubling that this simply feeds into a narrative – positive or negative – people already have about police."

Mullinix is the corresponding author with Robert Norris of George Mason University of an article recently published in Political Research Quarterly that surveyed people on their beliefs about the primary cause of racial disparities in pulled-over rates.

In two experiments, the researchers had two national samples of respondents review statements about statistics that showed black drivers were more likely to be pulled over for minor traffic violations than white drivers. Then they were asked what they thought was the primary reason for the disparity and how much they trusted the police.

Mullinix and Norris found that most people fall into one of three groups based on their beliefs about the cause of racial disparities:

"The fascinating thing about this third group is they have really high levels of trust in the police, but they seem susceptible to persuasion," Mullinix said.

However, the majority of respondents appeared to be entrenched and less likely to change their minds about how they view the police.

"When information is disseminated by media outlets, it seems like a lot of people are going to reinforce the position they have, except for one narrow subset," Mullinix said.

The study sheds light on the fact that the cause people attribute to racial disparities in criminal justice is equally or more important as other variables in understanding attitudes toward police, including a person's race, age, ideology and personal experiences with police.

The findings have important implications for people involved in the criminal justice system and considering whether there is a crisis of legitimacy in how people view law enforcement, he said. Several high-profile cases in recent years have heightened tensions across the country in how police interact with minorities, and the Department of Justice, especially under the Obama administration, had conducted investigations of police conduct in several cities.

For one, the current study shows a number of people do exhibit trust in police, while others do not, Mullinix said.

"The flip side to our findings is that if police departments want to raise the trust communities have in them, they have a bit of an uphill battle," Mullinix said. "They are going to have a hard time building that trust."

Another implication of the study could be that raw statistics presented to the respondents are not as persuasive as other means of communication.

"Maybe these statistics don't change attitudes," Mullinix said. "But watching YouTube videos of an altercation with police might be more persuasive."

He said other research has shown that some people shift attitudes in response to narratives and videos.

"People are also going to have their own beliefs about why someone was stopped in the first place, for example," Mullinix said. "It doesn't always shift their attitudes, but giving them a narrative or an image, is sometimes more compelling."