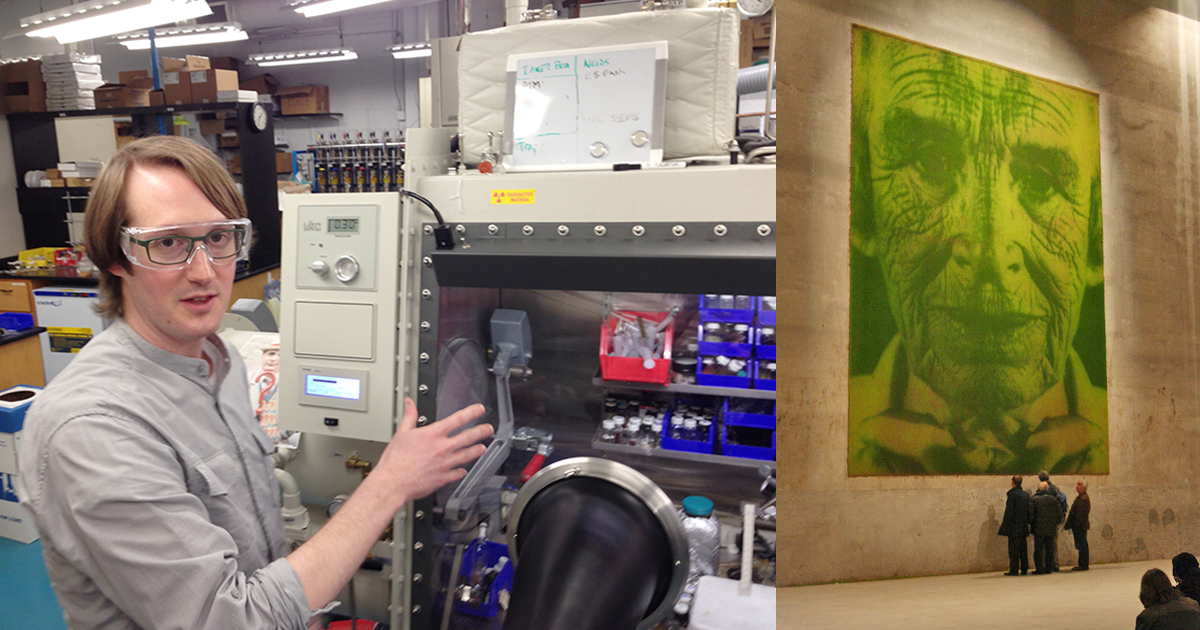 LAWRENCE – Recent headlines about melting permafrost threatening the world’s foremost seed bank drive home the timeliness of “Big Botany: Conversations with the Plant World,” an exhibition opening next week at the Spencer Museum of Art that features photographs of the Svalbard Global Seed Vault and other seed banks among its 100-plus artworks. 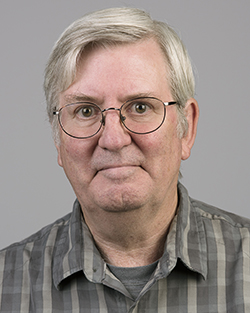 Spencer Museum Associate Director and Senior Curator Stephen Goddard, a lifelong gardener and former University of Kansas professor of art history, said the exhibition began to take shape in his mind as long as five years ago, and that he’s worked on it steadily for the past two or three years. It’s his contribution to the discussion of threats posed by global warming and the critical role that plants play for life on Earth.

Befitting a museum attached to an institution of higher learning, “Big Botany” has a strong interdisciplinary character, with collaboration among faculty members from the sciences and humanities, museum staff and visiting artists. (Visit the exhibition website and click on “view related events” for a detailed schedule.) The exhibition includes works from the collection, loans and site-specific installations. It runs through July 15.

“The exhibition feels very timely,” Goddard said. “It was too fringe three or four years ago.”

Goddard is referring in part to the notion, explored in several ways in “Big Botany,” that plants have a consciousness or agency that humans should respect.

“It’s really driven by ongoing research in botany,” Goddard said. “We acknowledge communication between animals and the moral considerations that influence how we treat them. Now researchers, especially in the field of philosophy, are making the case that we ought to think about plants in the same way.”

Art historian Giovanni Aloi, a lecturer at the School of the Art Institute of Chicago, is the collaborator whose work most directly addresses this point, Goddard said. Aloi speaks at 5:30 p.m. Wednesday, April 11, at the Spencer on the topic “PLANT-CAPITAL: Objectification and Agency in a Consumerist World.”

Another visiting speaker, Daniel Chamovitz, Dean of the Faculty of Life Sciences at Tel Aviv University, will address the notion of “plant blindness,” which Goddard described as “our tendency not to notice plants,” as compared to more mobile animal life, and the ways plants sense the world. Chamovitz’s keynote address, “What a Plant Knows,” opens the exhibition at 5:30 p.m. Tuesday, March 27, at the museum.

Then there are the KU faculty whom Goddard has involved in “Big Botany,” including Professor of Environmental Studies Kelly Kindscher, who provided an essay, plant photos and information from the Kansas Biological Survey, and Assistant Professor of English Megan Kaminski, who wrote a poem for the exhibition catalog.

Assistant Professor of Chemistry James Blakemore has already had an initial meeting with the British artistic duo Heather Ackroyd and Dan Harvey to discuss how his work inspired by photosynthesis can be related to the art they create by manipulating light to control the growth and color of grass seedlings. The three will discuss it publicly at 11 a.m. Wednesday, March 28, at the museum as part of a daylong research symposium.

Blakemore said both he and Ackroyd & Harvey are attempting to address climate change, which he called “the defining challenge of our time.”

“They’re not only artists, but activists,” Blakemore said. “They are making art that shows people something about our world, and I’m doing chemical research to try to overcome the challenge posed by that problem.”

Blakemore said he and collaborators at KU are developing new methods to convert the gas that leads to global warming – carbon dioxide spewed from smokestacks and tailpipes – back into fuels or useful chemicals. Blakemore called that process “artificial photosynthesis” and likened it to the way plants convert CO2, water and sunlight into food.

“Such technology truly could change the world. It represents a conversion of CO2 pollution into something useful,” Blakemore said.

Blakemore is looking forward both to the symposium and to Ackroyd & Harvey’s visits to his lab and classroom.

“This will show my students another discipline’s approach to climate change,” Blakemore said. “Chemistry students often get lost in the details of lab work, but I believe it’s quite important to pull back and remind ourselves why we are doing research.”

For their part, Ackroyd & Harvey said they felt a strong connection with Blakemore and look forward to returning to the university for a two-week residency. They will make three works using sprouted grass – two portraits of climate activists (one local, photographed at Haskell Indian Nations University) and the other a representation of what Ranil Senanayake, chairman of Rainforest Rescue International, called “the Satanic Formula” that explains how greenhouse gases build up in Earth’s atmosphere and, in the process, cause oxygen levels to fall.

Ackroyd said they intend their works to provide food for thought and action.

“People look; it makes an impression – usually emotional – and then they read a little about the problem,” she said.

“The chemical formula is quite sterile,” Harvey said. “But to illustrate it using a living material produced by photosynthesis, you start to understand you have a whole system and the ways it’s interconnected.”

Photos: Assistant Professor of Chemistry James Blakemore (left, in top photo) works with British artists Ackroyd & Harvey (one of their grass portraits is at right) as part of the “Big Botany” exhibit at Spencer Museum of Art. Blakemore photo by Rick Hellman. Portrait photo courtesy of the artists. Photo of Stephen Goddard courtesy Spencer Museum.