LAWRENCE — On the eighth anniversary of an earthquake that killed more than 200,000 people and destroyed much of Haiti’s infrastructure, the world is reacting to President Donald Trump’s description in a meeting with congressional leaders Jan. 11 of the island nation – and other majority-black countries – as “shitholes.” 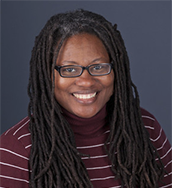 Cécile Accilien, director of the Institute of Haitian Studies and associate professor of African & African-American studies at the University of Kansas, joined the chorus of condemnation and urged the president to learn some of the history that affects Haiti today.

“As a Haitian-American scholar who is very aware of Haiti’s contributions and long historical connection to the United States, I am appalled by this ignorant statement,” Accilien said. She noted that just last month another story came out, alleging the president stated in a meeting earlier this year that Haitians “all have AIDS.”

Accilien urges Trump to remember that:

1. Haiti was the world’s first black republic and the second independent nation in the Western Hemisphere after the United States. Its slave revolution, she notes, was so influential that the United States waited nearly 50 years to recognize Haiti’s 1804 independence, fearing a contagion that would inspire American slaves to rise up to an even greater degree.

2. Several hundred Haitians fought on the side of American revolutionaries in 1779 at the Battle of Savannah (Georgia). A statue was erected in 2010 in downtown Savannah, commemorating the event.

3. In 1803, because Napoleon lost Haiti (then known as Saint-Domingue) due to the courageous fight of its people, the Louisiana Purchase happened. “Do you know what that meant for the United States, Mr. President?” Accilien said. “The United States expanded its territory by over 50 million acres, including all or parts of the states of Arkansas, Iowa, Kansas, Missouri, Nebraska, Oklahoma, Minnesota, North Dakota, South Dakota, Louisiana, New Mexico, Texas, Wyoming, Montana and Colorado.”

4. For 19 years (1915-1934), the United States occupied Haiti, completely controlled the country and rewrote its constitution to benefit American economic interests. “Mr. President,” Accilien said, “do you realize that the U.S. has a lot to do with the current state of affairs in that ‘shithole’ country?”

“I wonder what King would think about this attack on social justice, democracy and true human values,” Accilien said. “I am appalled and angry.”

Search options »
Subscribe to KU Today
KU in the news
Newsweek — Thu, 01/16/2020
One of these NASA astronauts could be the first woman on the moon
The Los Angeles Times — Wed, 01/15/2020
Column: Trump’s China trade deal doesn’t even get us back to square one, despite immense cost
It's #FossilFriday , and there's an app for that. 📱 #KUdiscoveries https://t.co/HdHHdK379m
«»
Follow us on Twitter »
Why KU
Apply »
One of 34 U.S. public institutions in the prestigious Association of American Universities
44 nationally ranked graduate programs.
—U.S. News & World Report
Top 50 nationwide for size of library collection.
—ALA
5th nationwide for service to veterans —"Best for Vets: Colleges," Military Times