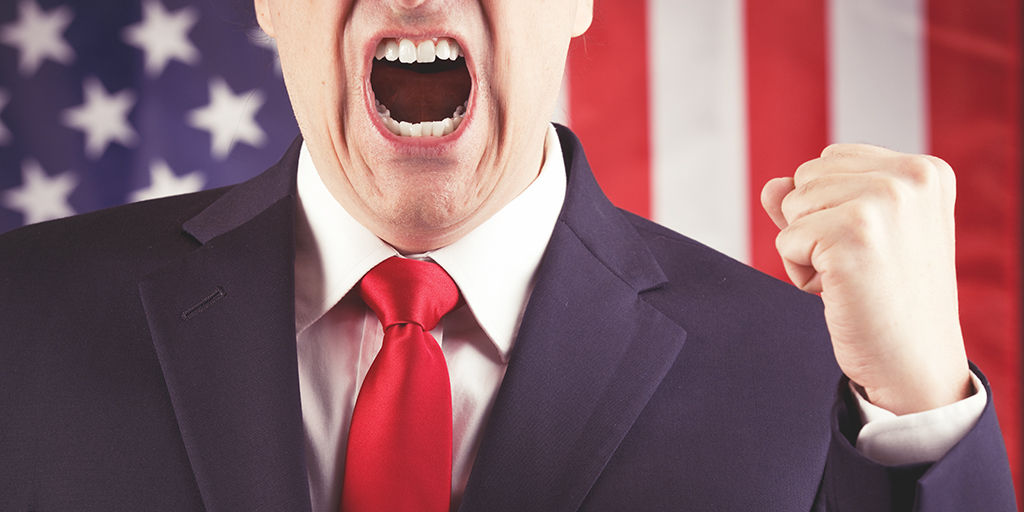 LAWRENCE — “If it bleeds, it leads” has been a newsroom dictum for generations. Cable TV’s “Crossfire” ushered in the left-right political shouting match in 1982.

But new research authored by Ashley Muddiman, University of Kansas assistant professor of communication studies, suggests that consumers may be tiring of the fray and inclined to favor news content that shows politicians reaching across the aisle and seeking solutions.

Muddiman wanted to set up an experiment that did more than just compare people’s reactions to stories featuring civility versus incivility. After all, social media feeds contain all sorts of things.

So she set up four categories of news stories to test: civil, uncivil, traditional/unbiased and entertainment. In a paper titled “Information Environment and Uncivil News Choice,” presented Aug. 31 at the annual meeting of the American Political Science Association, Muddiman found that in at least one situation, news stories featuring civility came out on top.

These findings are not contradictory, she writes.

“Overall,” Muddiman writes, “results suggest that the content compared to incivility can substantially alter attraction to uncivil content and that civility can be powerful enough to draw clicks away from uncivil news.”

While “incivility may be a way to draw clicks away from that entertaining content,” she writes, “the current study also demonstrates that some amount of positive news about politicians working together to solve problems can attract readers even more than heightened, uncivil conflict.

“At minimum, journalists need to take the context in which their stories will appear into account as they emphasize information in their headlines.”

Moreover, she writes, “since exposure to incivility can decrease trust in government … and encourage people to become more entrenched in their political beliefs, journalists can perform a democratic good by positing stories of respect and bipartisanship among politicians – at least when they are able to find politicians who behave in a respectful manner.”

In her experiment, Muddiman took stories about the budget battle during the 2017 Kansas Legislature and removed geographic or other identifying details, such that the stories might have been from anywhere. She varied the headlines and lead paragraphs of the stories to fit the civil/uncivil dichotomy. Then she asked 480 people which article they would most like to read.

These stories were also placed in apposition to political news stories deemed to have a neutral outlook, and ones relating entertainment news – in this case, the 200th anniversary of the death of British novelist Jane Austen.

Muddiman found the results surprising in many respects.

“People do click on the negative, but when there’s something actively positive, they click on that, too,” she said. “Things that are more neutral are less likely to get engagement. Positivity does work, but it can’t be merely a lack of negativity. It must be something that looks like people are solving a problem.”

Muddiman said she set up the experiment with so many choices to test the “theory that things that are unexpected stand out, so they might lead to more clicks.” And yet she found that “civility won over incivility in every one of the amount conditions.”

Muddiman said her study fits in with several other recent studies in which positivity seems attractive to news consumers.

“This is a pattern of studies that seems to be coming up,” she said. “In social media, positivity does matter. That’s an important takeaway. You hear a lot of negativity and conflict in the news for good reason, but people want things more positive, at least sometimes.”

Muddiman said she hopes her study and the others will give ammunition to news directors who would like to move away from a constant emphasis on conflict.

“We want to help journalists make sense of the digital environment that they are living in,” she said.

Such a policy, she said, “might even increase people’s faith in government or institutions, which has been going down for a long time.”

The seemingly ever-increasing partisanship in American political and social life concerns her, Muddiman said. For instance, she cited recent studies showing people more opposed their child marrying someone of a different political party than of a different race or religion.

“If that emotional fissure becomes so big, it becomes really difficult to have any kind of conversation about what the problems are in this country or how to fix them, and I think uncivility is related to all on that,” she said. “Because If we hate each other, it’s easy to never have to work together and to yell at each other and to treat each other terribly. …

“If we can find a way to address that partisan divide, it would be really helpful. … Hopefully, if we keep finding these things, it might be good to show that as an example that we don’t all want this partisan divide.

“If there is nothing positive, I don’t want them to make something up or just show puppy dogs. But if there is a choice, people will click on it; they will get ratings, and there is a possibility that might outweigh some of the distrust of government make people feel better and less alienated from it.”