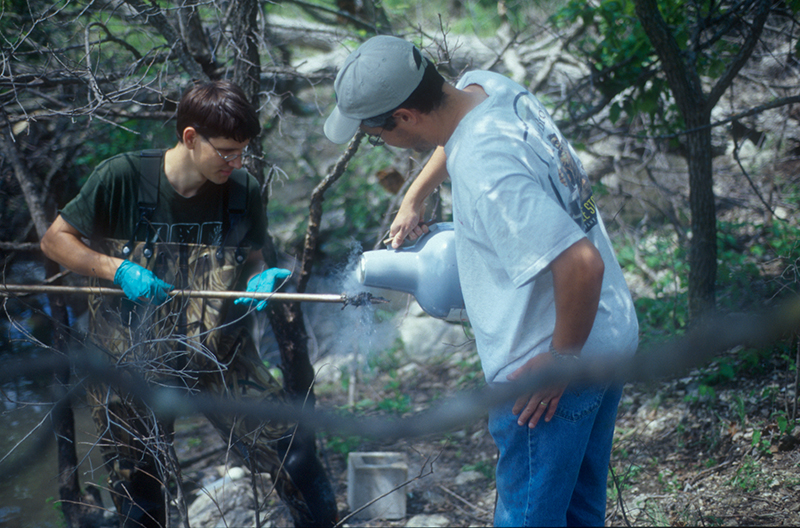 LAWRENCE – The University of Kansas will partner with four other Kansas universities on a new project funded by $20 million from the National Science Foundation to gain a better understanding of how tiny microorganisms, collectively known as microbiomes, influence environmental changes and the resulting economic implications.

The work is funded through the NSF’s Established Program to Stimulate Competitive Research (EPSCoR), which builds research and development capacity in states that demonstrate a commitment to research but have thus far lacked the levels of investment seen in other parts of the country.

Kristin Bowman-James, a KU distinguished professor of chemistry who is serving as the principal investigator of the project, said the project will allow for a higher level of collaboration than most researchers typically see.

“This project will pull scientists together from different disciplines and different universities to work together on an important research area,” Bowman-James said. “Microorganisms play an important role in a wide variety of areas that affect our lives, which ultimately can impact human health and the health of our environment.”

This award is one of five awards announced today to bolster science and engineering academic research infrastructure in Alabama, Kansas, Rhode Island, South Carolina and Wyoming. In addition to supporting fundamental research and education in STEM fields, the awards also promote workforce development.

The research could lead to additional commercialization opportunities to spin ideas out into startup companies, Bowman-James said.

KU previously earned funding through the NSF EPSCoR program, including one award of similar size to the current project for research infrastructure improvements. KU will continue to lead the partnership of universities during the coming project.

James Bever, a KU Foundation Professor of ecology and evolutionary biology and a senior scientist at the Kansas Biological Survey, will help coordinate a portion of the work. He said Kansas is a perfect location to study these microorganisms because of its physical geography. Rainfall levels differ greatly from one part of the state to the next, for example, allowing researchers to compare how microorganisms function in these environments.

“In the pristine Kansas prairie, microorganisms play major roles in keeping the soil stable and keeping the water quality clear,” Bever said. “I’m excited to get to work so that we can learn more about how these organisms can benefit our lives.”

The project will also fund a workforce development program for American Indian students interested in science fields through collaboration with Haskell Indian Nations University. The program will provide internships for 15 students, each of whom will work on individual research projects and will create research posters. The students will also receive help with the GRE exam in order to apply to graduate schools in their fields.