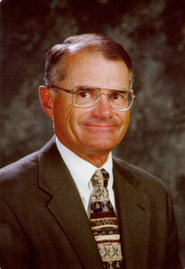 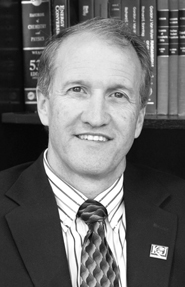 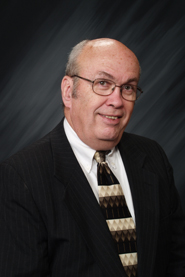 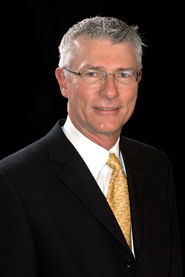 LAWRENCE — Four men who are trailblazers in engineering received the University of Kansas School of Engineering’s highest honor. Jim Andrews, Stuart Bell, LaRoux Gillespie and Kyle Vann were awarded the Distinguished Engineering Service Award in a ceremony Thursday, May 3, at the Kansas Union ballroom.

Andrews began his career in Boulder, Colo., at the U.S. Department of Commerce National Bureau of Standards, now known as the National Institute of Standards & Technology. Andrews founded Picosecond Pulse Labs in 1980, which grew quickly and was soon recognized as the world leader in time-domain technologies. For more than 35 years he has volunteered with the Boulder County, Colo., Sheriff’s Department, assisting in emergency communications and tactical responses to natural and manmade events.

In 2010, he and his wife, Janet, established a scholarship to provide full tuition for Kansas City Turner High School graduates with academic merit and need. Jim and his wife are retired and spend their summers in Boulder and their winters in Maui, Hawaii. They have three children and three grandchildren.

Stuart Bell’s tenure as dean of the School of Engineering began in 2002. He led an era of unprecedented expansion in facilities and research, increased student recruitment and brought renewed focus on retention – while bolstering ethnic diversity, raising student success and boosting fundraising to new levels.

Of special note is Bell’s successful leadership spearheading a response to a legislative request to significantly grow engineering programs across the state. In May 2011, the state of Kansas announced a commitment to invest a total of $105 million in Kansas engineering education, at KU and two other state institutions. The additional funds will pave the way for new facilities, additional faculty and higher enrollment at KU, with a goal of strengthening the Kansas economy by meeting the state’s growing need for engineers.

A major component of this plan is evident on the lawn of the Engineering Complex. The Measurement, Materials and Sustainable Environment Center, a $24 million research building, is slated for completion in the summer of 2012. Later in the year, construction is scheduled to begin on a new $65 million facility that will consist largely of classroom and student support space with additional student laboratory and project design areas. This 101,000-square-foot building will accommodate growth while addressing the hands-on project experience essential to educate and retain KU’s highly successful student body.

He has accepted the position of Executive Vice Chancellor and Provost LSU and will start there in August. Bell has three children and lives with his wife, Susan, in Lawrence, Kan.

LaRoux Gillespie
LaRoux Gillespie earned a bachelor’s and master’s degree in mechanical engineering from KU in 1965 and 1968, respectively. Gillespie started his career in 1966 as a staff engineer with the Bendix Corporation, which later was acquired by Honeywell. He retired in 2006 as the quality assurance manager of Honeywell’s Kansas City facility.

Gillespie is one of the world’s foremost experts on burrs – the jagged edges that form when materials are drilled or grinded. They can lead to a host of manufacturing problems including material fatigue, failure and explosions. His early research on burr formation and deburring literally created the field of deburring technology and added the first formal understanding of this complex problem. He’s published 24 books and written more than 200 articles on burr technology – more research on the topic than any other person in the world.

He’s also provided valuable guidance to KU, serving on the Department of Mechanical Engineering advisory board for nearly 30 years. His dedication over the years earned him the Mechanical Engineering Department’s Distinguished Alumni Award in 2002. He has five adult children and 14 grandchildren. He married Karen Thomas Trevis in October 2011. They live in Derby.

Kyle Vann
Vann earned his degree in chemical engineering from KU in 1969 and started his career with Humble Oil and Refining Company, which became Exxon in 1973. He rose through technical and managerial ranks until moving to Koch Industries in 1979.

Vann spent a quarter of a century in various leadership roles at Koch Industries, serving as a driving force behind one of the largest and most profitable private companies in the United States. He led several key initiatives for the company – including Charles Koch’s development of Market-Based Management, an effort that helped the company significantly outperform the S&P 500.

Vann maintained close ties to KU throughout his professional life. He has served on the School of Engineering Advisory Board since 2000. He was inducted to the university’s Chemical and Petroleum Engineering Hall of Fame in 2003. In 2008, he created the Vann Family Future Leaders Scholarship Fund, which is awarded to a handful of incoming freshmen with evidence of leadership activities and potential. He and his wife, Barbara, reside in The Woodlands, Texas. They have four children and nine grandchildren.

The School of Engineering Advisory Board has given the Distinguished Engineering Service Award annually since 1980. The award honors KU engineering alumni or engineers who have maintained a close association with the university and for outstanding contributions to the profession of engineering and society.