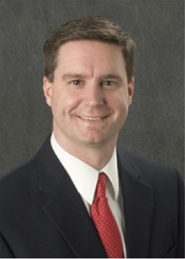 LAWRENCE — For his pioneering work on treatments for drug abuse and addiction, Thomas Prisinzano, professor of medicinal chemistry at the University of Kansas School of Pharmacy, has earned one of the top accolades bestowed upon medicinal chemists.

Prisinzano has received the 2012 David W. Robertson Memorial Award from the Division of Medicinal Chemistry and the American Chemical Society.

"I am extremely proud to having such an accomplished faculty member in the department who has already contributed so much to the field of neurosciences as a younger faculty member,” said Barbara Timmermann, chair of the Department of Medicinal Chemistry. “I’m certain that Dr. Prisinzano will continue inspiring his students and contributing to the field of drug discovery for many years to come.”

The society will acknowledge Prisinzano for his work associated with the medicinal chemistry of drug abuse. He has contributed widely to the understanding of the hallucinogenic natural mint plant Salvia divinorum and its major active component, salvinorin A.

The plant has been used in the ritualistic practices of the Mazatec Indians of Oaxaca, Mexico. Although the ritualistic use of S. divinorum dates back hundreds of years, an understanding of the psychoactive effects of salvinorin A by American and European drug users dates back only about 15 years. Recently, it has received increasing attention as an emerging drug of abuse. Prisinzano and co-workers have rigorously investigated the structural features of salvinorin A responsible for its biological activity at opioid receptors, the same places in the brain that morphine and related narcotics work. By altering the structure of salvinorin A, Prisinzano hopes to potentially treat drug abuse, pain and other central nervous system disorders.

School of Pharmacy Dean Ken Audus said he was not surprised to hear that Prisinzano had earned such a prestigious award.

“Thomas Prisinzano is a great example of the talent we have at KU and at the School of Pharmacy,” Audus said. “He’s a rising star in the field of medicinal chemistry, and I’m happy to see that he’s being recognized for the important work he’s doing.”

Prisinzano is quick to share the credit with his colleagues.

“It is an incredible honor to receive the Robertson Award from the Division of Medicinal Chemistry,” Prisinzano said. “As a graduate student trained in medicinal chemistry, I am very humbled. This award is special but would not have been possible without the hard work and accomplishments of the talented graduate students and postdoctoral fellows with whom I have worked.”

Prisinzano will receive the award and present his address at the Fall 2012 ACS National Meeting in Philadelphia.