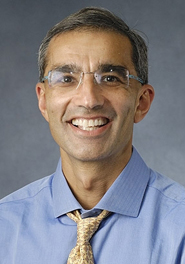 The award recognizes University of Kansas faculty on the Lawrence campus who have demonstrated outstanding leadership in strengthening KU's international dimension in such areas as curriculum development, study abroad programs, relationships with international partner institutions and collaboration with international colleagues in significant research and publications.

Since his arrival at KU in 2003 as the Rice Distinguished Professor, Bhala has transformed the international law program. Bhala has expanded the Law School’s international outreach through the SJD (doctoral of juridical science) program and the JD (juris doctor) program for international lawyers. His colleagues point to his tireless support for students and the enthusiasm that he brings to his courses in international trade law. Bhala, also the associate dean for international and comparative law, led the effort to establish memoranda of understanding with international law schools for faculty and student exchanges. As coach of the moot court team, his team advanced to the final round of the European Law Students Association Moot Court Competition in 2009.

“This year's competition for the Woodyard International Educator Award was especially strong, with a record number of nominations. Professor Bhala extends our exceptional list of faculty who have received this very prestigious award over the years. His revolutionary and transformative efforts to internationalize the University of Kansas and especially the School of Law exemplify the vision of George and Eleanor Woodyard regarding efforts to strengthen international education,” said Brent Steele, director of faculty programs for International Programs.