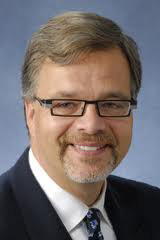 LAWRENCE — University of Kansas anthropologist and Maya scholar John Hoopes and his students are watching predicted doomsday dates such as 11/11/11 and Dec. 21, 2012, with considerable skepticism.

Hoopes is regarded as one of the major go-to guys to separate fact from fiction about the Maya calendar and a prediction that the world would end Dec. 21, 2012.

He has written scholarly articles debunking the 2012 myth, including a chapter in “2012: Decoding the Counterculture Apocalypse,” edited by Joseph Gelfer and scheduled for release this month by Equinox Publishing. In addition, Hoopes contributes to Wikipedia as a 2012 skeptic and is featured in at least three documentaries on the topic (“Apocalypse 2012” airing on CNBC, and two more scheduled for release next year). In his fall course on Archaeological Myths and Realities – An Introduction to Critical Thinking, the 2012 myth works as a dynamic teaching tool.

This fall, Hoopes and his students have watched two predicted cataclysmic dates — Oct. 21 and 28 — come and go with little fanfare. Oct. 21 was a date selected by California evangelist Harold Camping after his original May 21, 2011, prediction passed without calamity. Swedish pharmacologist, self-help advocate and self-taught Maya cosmologist Carl Johan Calleman was among those predicting that Oct. 28 would usher in a worldwide unified consciousness.

The next big date to consider is 11/11/11, when many in the New Age movement plan celebrations to receive emerging energies in preparation for a transformation of consciousness on Dec. 21, 2012.

Whether these dates mark a time for transformation of consciousness or a catastrophic end, they are part of a 2012 eschatological myth that originated with Christopher Columbus and Franciscan missionaries, not the ancient Maya calendar, Hoopes emphasizes.

In a paper presented in January at the Oxford IX International Symposium on Archaeoastronomy in Lima, Peru, Hoopes tracks the 2012 Maya myth origins through various revivals into the 21st century. The myth is rooted in an early 16th-century European combination of astrological and biblical prophecies to explain the new millennium. Columbus believed that his discovery of the world’s “most remote land” would lead to Spain’s re-conquest of Jerusalem and fulfill world-end events described in the Book of Revelation.

To validate his convictions, Columbus wrote his own Book of Prophecies that included an account of his interview with a “Maia” leader in 1502. The reference inspired early speculation by explorers and missionaries, indirectly influencing crackpots as well as scholars to link ancient Maya — before any contact with Europeans — with the astrological and religious beliefs popular in Europe in the 1500s.

Misinterpretations and distortions flowed with each revival of interest in Maya culture. In the 1960s, the myth re-flowered as the dawning of the Age of Aquarius, enjoyed a resurgence in Y2K and thrives today. Hoopes adds that the Occupy Wall Street movement clearly reflects a nostalgia for the progressive culture of the 1960s.

More than 1,000 books have been published on the 2012 myth, not to mention a plethora of Web sites on the topic. Hoopes expects the hype won't hit its peak until well into 2012. Fear and fantasy both sell well, especially in uncertain times, he notes.

End-of-the-world and transformative beliefs are found in many ancient cultures but have been a fundamental part of modern times since 1499, Hoopes point out. They are also fundamentally American, he adds.

“The United States has always embraced religious freedom. Peculiar religious sects, including occult beliefs, have always been part of America,” he says.

Astrology, Ouija boards, séances, channeling, spiritualists, extraterrestrial life and a host of pseudosciences all have had acceptance in parts of America, he adds. Mary Todd Lincoln used séances to contact her son. Nancy Reagan consulted astrologists.

Wishful or magical thinking help perpetuate myths and beliefs that have no basis in science. Hoopes uses the 2012 myth and others to teach students to think critically and learn to distinguish science and myth.

“If a narrative has a moral message, then it probably is not a scientific story. Stories based in science ideally should be objective, not subjective,” Hoopes says.

The persistence of the 2012 myth may reflect a fear of mortality that has nagged ancient and modern civilizations.

“It’s much easier to discuss mortality when we’re all in the same boat,” Hoopes said. “Creating a concerned community allays people’s fears and allows us to project individual morality onto the world.”

Hoopes' interest in the 2012 phenomenon began as an academic hobby and has evolved into an anthropological study of contemporary American culture. At the very least, he says, the 2012 phenomenon “has made a huge audience aware of Maya calendrics and the winter solstice.”