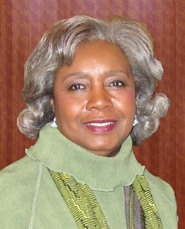 LAWRENCE – Darlene Clark Hine, a leading historian of the African-American experience and a pioneer of African-American women’s history, will speak on the role of black women in nursing and health care, as well as in the Civil Rights Movement, before the 1950s.

Hine is speaking on “Rehearsal for Freedom: Black Professional Women’s Health Care Activism before Brown” at 4:30 p.m. Wednesday, Oct. 26, in the Kansas Union Woodruff Auditorium. The lecture is free and open to the public.

An award-winning author and scholar, Hine is the Board of Trustees Professor African American Studies and professor of history at Northwestern University. She is delivering the 2011 Bill Tuttle Distinguished Lecture in American Studies.

Hine has written or edited more than 15 books. Her book “Black Women in White: Racial Conflict and Cooperation in the Nursing Profession, 1890-1950” (1989) earned a number of awards in 1990, including the Outstanding Book by the Gustavus Myers Center for the Study of Human Rights, the Lavinia L. Dock Book Award from the American Association for the History of Nursing and the Letitia Woods Brown Book Award from the Association of Black Women Historians.

Hine is a co-author with William C. Hine and Stanley Harrold of “The African American Odyssey” (2007). She is a co-editor of “Beyond Bondage: Free Women of Color in the Americas” (2004) and of volumes one and two or “A Question of Manhood: A Reader in Black Men’s History and Masculinity.” She won the Dartmouth Medal of the American Library Association for the reference volumes co-edited with Elsa Barkley Brown and Rosalyn Terborg-Penn, “Black Women in America: An Historical Encyclopedia” (1993).

Hine has received many honors including grant support from the American Council of Learned Societies, the National Endowment for the Humanities, the Rockefeller Foundation and Ford Foundation. She has been a fellow at the Radcliffe Institute for Advanced Studies at Harvard University (2003-2004), at the Center for Advanced Study in the Behavioral Sciences at Stanford University (2000-2001) and at the National Humanities Center (1986-1987). She received honorary doctorates from the University of Massachusetts, Amherst; from Purdue University; Buffalo State College in New York; and Lake Forest College in Illinois.

The Tuttle Lecture brings to campus distinguished scholars of recent American culture, African-American culture and the civil rights movement, all areas in which Tuttle pioneered. Tuttle, who retired from teaching in 2008, taught KU students for more than 40 years about American history, race relations and the social movements of the 1960s.

The Bill Tuttle Lecture is sponsored by the offices of the Chancellor, the Executive Vice Chancellor and the Provost and the departments of history and American studies and the Hall Center for the Humanities.