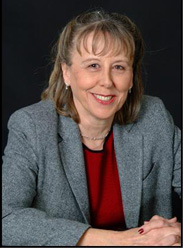 Chapin will receive the KABC Caring Award at the annual Stand By Me benefit at SpringHill Suites in Lawrence. As the third recipient of the award, Chapin succeeds former Gov. Mark Parkinson (2010) and former Congressman Dennis Moore (2009).

“Dr. Chapin is the perfect candidate for the third annual KABC Caring Award as she is a leader in her field and has made significant contributions to improving the quality of long-term care throughout the state of Kansas. She not only has contributed through improving best practices, but she has also provided cutting-edge research that has bettered public policies,” said Mitzi E. McFatrich, KABC executive director.

Chapin’s work in social gerontology is well-recognized across the nation and internationally. Much of her work has been in research and training to improve access and services for older adults, including access to mental health services. Case management is a key part of long-term care services, and Chapin was one of the early scholars to pioneer a new case management system, building on a person’s strengths rather than deficits. Chapin has published widely in the areas of long-term care and mental health policy and practice. Her most recent published work is “Social Policy for Effective Practice: The Strengths Approach” this year.

Chapin teaches graduate-level social policy and gerontological social work courses. She also actively performs state policy research and consultations in the areas of long-term reimbursement and services for older adults. In addition to being a professor, Chapin is also the founding director of the Office of Aging and Long Term Care at the KU School of Social Welfare. Organized in the mid-1990s, the office has worked closely with state agencies to improve social service practice and policy for older adults, especially low-income elders. Under Chapin’s leadership, the office provided the Kansas Department of Aging with successful strategies to serve hard-to-reach older adults throughout Kansas and produced important new research demonstrating how strategies to keep older adults in the community, rather than nursing homes, can improve quality of life and save money.

For more than 60 years, the University of Kansas School of Social Welfare has been working to improve the well-being of individuals, families and communities in Kansas, the region and beyond by providing leadership in professional social work education as well as cutting-edge research that addresses urgent social problems in our communities.