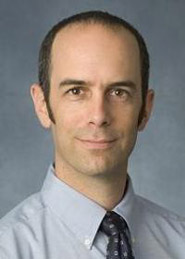 LAWRENCE — Grim economic times could cause men to seek more sexual partners, giving them more chances to reproduce, according to research by Omri Gillath, a social psychology professor at the University of Kansas.

Men are likely to pursue short-term mating strategies when faced with a threatening environment, according to sexual selection theory based on evolutionary psychology.

When made to think about their own death, which mimics conditions of “low survivability,” Gillath and his colleagues found that men responded more vigorously to sexual pictures and had increased heart rates when viewing them, compared to when they thought about dental pain.

“We’re biologically wired to reproduce, and the environment tells us the best strategy to use to make sure our genes are passed on,” said Gillath. “If you think you might die soon, there’s a huge advantage for a man to use short-term mating strategies — to make sure there are a bunch of offspring and hope that some of them survive — but women can’t do the same thing.”

“The ultimate sign of low chances of surviving is death,” Gillath added. “After threatening them with their own death, we asked them to look at a computer with sexual and nonsexual images, to see if death makes men more interested in sex.”

“In low survivability conditions, we think that men would be more apt to pursue sex outside of a monogamous relationship, looking for ways to spread their genes” Gillath said.

The KU research is the first to show a causal link between low survivability cues and sexual preparedness in men, using both behavioral and physiological measures. Previously, other researchers have depended on demographics to support “life history theory,” for instance by looking at the fact that richer countries tend to show lower birthrates, or that the age of first sex encounters is lower in poorer neighborhoods.

“When the environment is secure and you have enough food and things are working the way you would like them to, people are more likely to invest in their existing kids and stay with their current partner or prefer long-term mating strategies,” said Gillath. “But if the environment is dangerous and your chances of survival are low — if there is a famine or more enemies— then people will adopt short-term strategies which allow them to reproduce more.”

Gillath connected his research to fears surrounding the current economy. Some analysts predict that today’s economic doldrums could herald a lasting era of high unemployment, low expectations and a diminished standard of living.

Could such an enduringly terrible economy prompt men to stray away from their long-term committed relationships and follow a more promiscuous lifestyle?

“The economy today is giving us signs that we have lower chances of survival,” said the KU researcher. “There’s not as much money, we’re not sure if we’re going to have our jobs, we’re not sure we can support our existing kids. It’s like living on the savannah and discovering you don’t have enough fruit and the animals are scarce. In such times, guys might be more inclined to spread their genes and hence be highly prepared for sex.”

The results will be published in the Journal of Experimental Social Psychology this November.