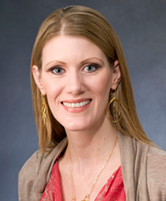 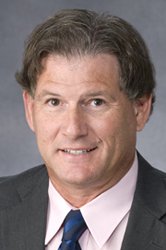 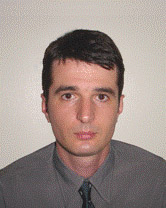 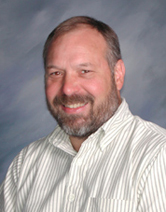 LAWRENCE — Two senior KU scientists, along with their younger collaborators, were awarded the 2011 Discovery Grants by the Kansas Center for Autism Research and Training (K-CART). The Discovery Grants allow scientists to conduct pilot research on Autism Spectrum Disorder, pursuing new directions in small studies that can lead to funding larger studies by federal research entities.

Exploring the exquisite tactile (touch) sensitivity of many individuals with ASD, Steven Barlow and colleagues Christa Anderson and Mihai Popescu will develop a functional neurobehavioral “map” of the sense of touch in the face and hand among a select group of 17 adolescents with hypersensitive autism spectrum disorder (HS-ASD) and a matching co-hort of neurotypical controls.

Several technologies will be used, including MEG/MRI, pupillary dynamics, automated vibrography, force dynamics and a technology developed at KU called the TAC-Cell, a pneumatically powered tactile stimulator, to collect physiological and neuroimaging data. This will be correlated with behavioral measures of HS-ASD severity, cognitive functioning and sensory responsiveness.

Barlow will use the results from this study to apply for a National Institutes of Health grant. Ultimately, this research is pointed toward new models of sensory testing and innovative sensory-based therapies for individuals with HS-ASD.

Barlow is the director of the Communication Neuroscience Laboratories and a professor of speech-language-hearing and developer of the NTrainer System used to assess and resolve infant oral feeding problems in neonatal intensive care units. Anderson is a research associate with the Life Span Institute and co-director of the Neurocognitive Development of Autism Research Laboratory. Popescu is research assistant professor with the department of molecular and integrative physiology.

Dean Williams will also use eye-tracking technology to examine pupil responses and behavioral reactions of children ages 7-11 with ASD and matching typically developing co-horts as they transition from tasks they prefer and those they don’t. Williams will also collaborate with Anderson to understand more about why transitions often lead to unwanted behaviors in children with ASD. Williams is a senior scientist with the Life Span Institute.

The grants are made possible by a combined KU/KUMC five-year $1 million contribution that began in 2008. The awards recognize original empirical research that will advance scientific knowledge and contribute to the overall competitiveness of K-CART for external funding.

“K-CART is committed to the discovery of new information and dissemination to impact people with autism. The awardees exemplify collaboration among disciplines, among established and early career investigators, and across campuses to address the complexities and challenges in autism spectrum disorders," said Debra Kamps, K-CART director.