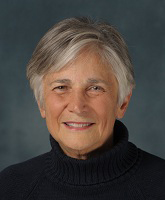 LAWRENCE — The Hall Center for the Humanities is bringing Diane Ravitch, education historian and policy analyst, to campus as part of its 2011-2012 Humanities Lecture Series. “Will School Reform Improve the Schools?” begins at 7:30 p.m. Tuesday, Oct. 18, in Woodruff Auditorium in the Kansas Union. The event is free and open to the public.

Ravitch is a vocal supporter of public education, launching trenchant critiques of the fallout from No Child Left Behind and President Barack Obama’s Race to the Top program. Her most recent publication, “The Death and Life of the Great American School System: How Testing and Choice are Undermining Education,” argues that testing, accountability and school choice — labeled by National Public Radio “the shibboleths everyone in the educational system applauds” — actually hurt students. Rather than attempting to construct ever-more complicated state or national standards, she concludes, we must focus on wresting the curriculum from the culture wars, so that students can learn and teachers can teach without debilitating penalties for not meeting an unattainable standard.

Ravitch is research professor at New York University and a nonresident senior at the Brookings Institute, a nonprofit policy organization in Washington, D.C. In 1991, she was selected by President George Bush to serve as assistant secretary of education. She has edited three volumes and published eight books, including “Left Back: A Century of Battles Over School Reform” and “The Language Police: How Pressure Groups Restrict What Students Learn.” She has also reached a wide audience of teachers, parents and education reformers with hundreds of articles and essays one the ramifications of political and legal action on school policy. Her work has appeared in The New York Times, The Wall Street Journal, the New York Review of Books and the Virginia Journal of Education.

Ravitch has been recognized for her level-headed, nonpartisan assessment of public education for more than 30 years, providing an informed, scholarly voice on issues subject to increasing levels of philanthropic interest and political rhetoric. She has received numerous awards and distinctions for her engagement, including the Outstanding Friend of Education Award from the Horace Mann League and the Leadership Award of the New York City Council of Supervisors and Administrators. In 2010, the National Education Association selected her as its “Friend of Education” for the year.

The Hall Center will also host a more informal question-and-answer session, "A Conversation with Diane Ravitch,” at 10 a.m. Wednesday, Oct. 19, in the Hall Center Conference Hall.

Founded in 1947, the Humanities Lecture Series is the oldest continuing series at KU. More than 150 eminent scholars from around the world have participated in the program, including author Salman Rushdie, poet Gwendolyn Brooks and evolutionary biologist Richard Dawkins. Recent speakers have included Henry Louis Gates Jr., Mary Oliver and T.R. Reid. Shortly after the program’s inception, a lecture by one outstanding KU faculty member was added to the schedule. For information on other lectures in the 2011-2012 series, visit the Hall Center website.