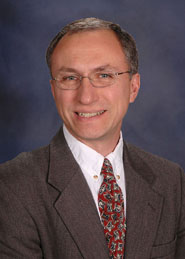 LAWRENCE — Christopher R. Drahozal, professor of law at the University of Kansas, will testify before Congress this week during a hearing on “Arbitration: Is It Fair When Forced?”

Drahozal will present his testimony before the Senate Judiciary Committee at 2 p.m. Thursday, Oct. 13, in the Dirksen Senate Office Building in Washington, D.C. Sen. Al Franken (D-Minn.) will preside over the hearing.

Arbitration is an alternative to litigation in resolving disputes. The parties present their evidence and arguments to a neutral arbitrator, much as they would to a judge or jury. Disputes go to arbitration only when the parties have previously formed a contract agreeing to arbitrate the dispute.

“The available empirical evidence does not support the view that arbitration necessarily is unfair to consumers,” Drahozal said. “Rather, the evidence suggests that pre-dispute arbitration clauses make some, if not many, consumers better off, and that broad-ranging restrictions on arbitration may well be counterproductive.”

Drahozal is the John M. Rounds Professor of Law and associate dean for research and faculty development at the University of Kansas School of Law. He is an associate reporter for the Restatement (Third) of the U.S. Law on International Commercial Arbitration, and he served as chair of the Arbitration Task Force of the Searle Civil Justice Institute.

Drahozal has written extensively on the law and economics of arbitration. He has authored a casebook on commercial arbitration published by Lexis Publishing, now in its second edition, and a co-edited a book on empirical research on international commercial arbitration published by Kluwer Law International. His articles have appeared in the Journal of Legal Studies, Law and Contemporary Problems, Vanderbilt Law Review, Illinois Law Review, and International Review of Law and Economics, among others. He has made presentations on arbitration law and practice throughout the United States, Canada and Europe.