LAWRENCE — It was a record-setting year for graduating students at the highest level for the University of Kansas School of Engineering. In the 2018-19 school year, KU Engineering awarded 45 doctoral degrees — 10 more than the next-best year during the last decade. 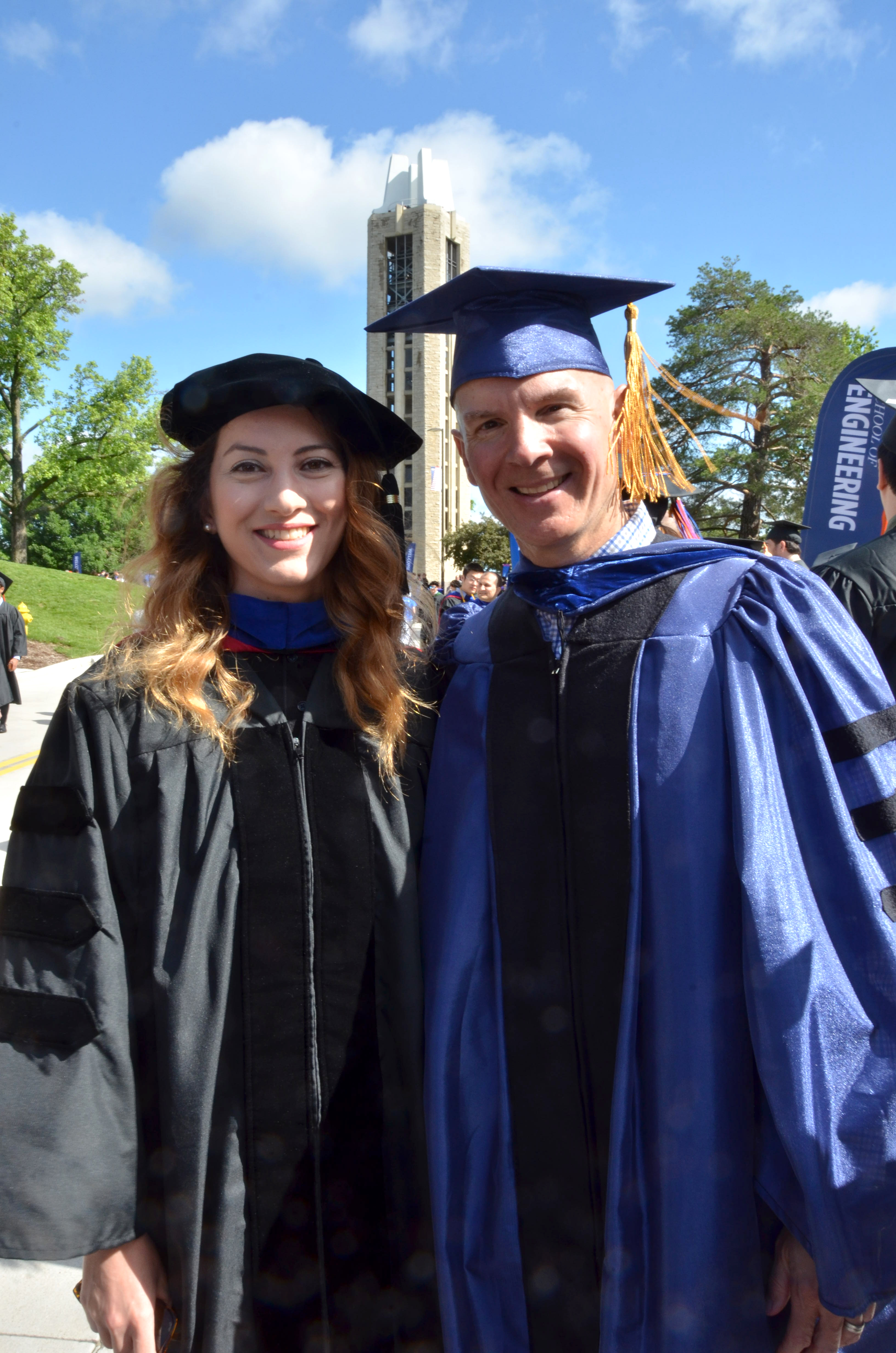 “This is a significant accomplishment for the KU School of Engineering. It demonstrates the excellence and strength of our graduate students as well as the dedication of our faculty and staff,” said Dean of Engineering Arvin Agah.

Anna Paradis, director of graduate academic services in the School of Engineering, said the school broke the record by implementing new programs in recent years to recruit and retain graduate students as well as by increasing the number of engineering faculty members.

Paradis said the engineering school also worked with students to make the process of obtaining a graduate degree less daunting by emphasizing milestones along the way — progressing from an undergraduate degree to masters to doctorate — instead of the entire journey.

“To look at a Ph.D. on its own as an undergraduate student may be overwhelming,” she said. “If we frame the experience in manageable and essential parts of a life-long career in engineering, it helps students to feel they are needed and capable, and ultimately they stay committed.”

Thirty-five doctorates were awarded by the engineering school in 2014-15, which is the next-highest number during the last decade.

Paradis said she was impressed by the range of research by doctoral students in engineering— projects include bioengineering work on spinal implants to restore neural connections after injuries, aerospace work on satellites and a possible Mars landing, as well as projects related to climate change and improving the way radar works. The newly minted graduates will take the skills learned at KU and put them to work for companies, governments and universities in Kansas and throughout the world.

“The things engineers do are amazing,” she said. “Some of the things they’re working on I never would have thought would be possible.”

Even with KU’s commitment to recruiting, retaining and encouraging grad students, Paradis said the new doctoral record is an impressive achievement. “

A doctoral degree,” Paradis said, “is a serious and worthwhile commitment to develop solutions and address some of the world’s most difficult challenges.”

Photo: Foundation Distinguished Professor of Chemical & Petroleum Engineering Mark Shiflett, right, and Tugba Turnaoglu, doctoral graduate in chemical & petroleum engineering, prepare to walk down the Hill at KU’s May 2019 Commencement. KU Engineering set a record for doctorates awarded in the past academic year.