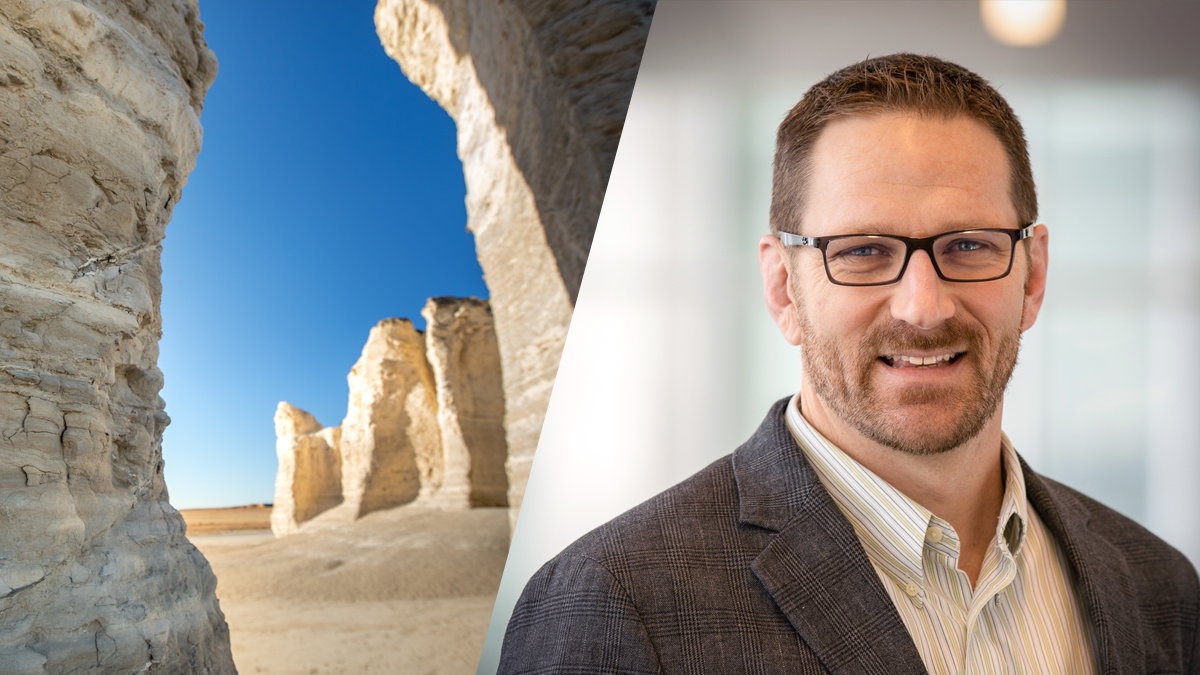 LAWRENCE — Jay Kalbas, a leader in the energy industry, has been named director of the Kansas Geological Survey at the University of Kansas. He will start his new role July 25.

Kansas Geological Survey researchers study and provide information on the state’s geologic resources and hazards, including groundwater, oil and natural gas, rocks and minerals, and earthquakes. It is one of 12 designated research centers that fall under the KU Office of Research.

“I am delighted to join the scientists and staff of the Kansas Geological Survey and the University of Kansas. The opportunity to lead an institution with the exceptional reputation of the KGS, building on the successes of my predecessors, is one that I take on with tremendous enthusiasm and humility," said Kalbas, who joins KU after a 16-year career with ExxonMobil. “The research and service programs that the Survey stewards provide an invaluable benefit to the people and industries of Kansas and the Midwest. Expanding those programs to maximize their impact while establishing new dimensions of research that will positively influence the sustainable use of Kansas’s natural resources presents an exciting challenge.”

As part of his position as director, Kalbas will hold the title of state geologist. He will also serve as a professor in the Department of Geology.

“Jay’s scientific background, expertise and real-world experience — plus his track record of successful leadership of diverse teams — make him a superb candidate for this role,” said Simon Atkinson, vice chancellor for research.

Kalbas fills a leadership position held since 2017 by Rolfe Mandel, who is stepping away from administration to focus on his research. Mandel is a University Distinguished Professor in the Department of Anthropology and a senior scientist at KGS, where he directs the Odyssey Geoarchaeology Research Program.

“I am grateful for Rolfe’s steady, supportive leadership these past five years, and I look forward to his next phase of discovery as he continues searching for evidence of the earliest human presence in the Central Great Plains,” Atkinson said.

At ExxonMobil, one of the world’s largest publicly traded energy providers and chemical manufacturers, Kalbas has led a number of domestic and international projects to explore, develop and produce hydrocarbon resources. He most recently oversaw teams developing major new oil and natural gas resources offshore of Guyana. With a focus on subsurface characterization and fluid flow modeling, his teams were responsible for originating and executing appraisal strategies leading to the efficient commercialization of the country’s vast resources. During his time with the company, Kalbas also studied the properties of fine-grained sedimentary rocks and helped develop innovative methods for assessing and forecasting the producibility of unconventional resources. That research led to simultaneous increases in productivity and capital efficiency in several of the company’s North American oil fields.

“Jay’s experience in petroleum geology complements existing research expertise across campus and immediately enhances efforts focused on energy transition and resilience,” said Jennifer Roberts, vice provost for academic affairs & graduate studies and professor of geology, who chaired the KGS director search committee. “His broad understanding of and enthusiasm for geoscience makes him ideal for the role of state geologist and next leader of the Kansas Geological Survey.”