LAWRENCE — Retired automotive chairman Robert Eaton and his wife, Connie Drake Eaton, both University of Kansas alumni, established the Eaton Scholarship at KU with a $1 million gift. The scholarship is awarded to students from their respective Kansas hometowns, Arkansas City and Burlington. 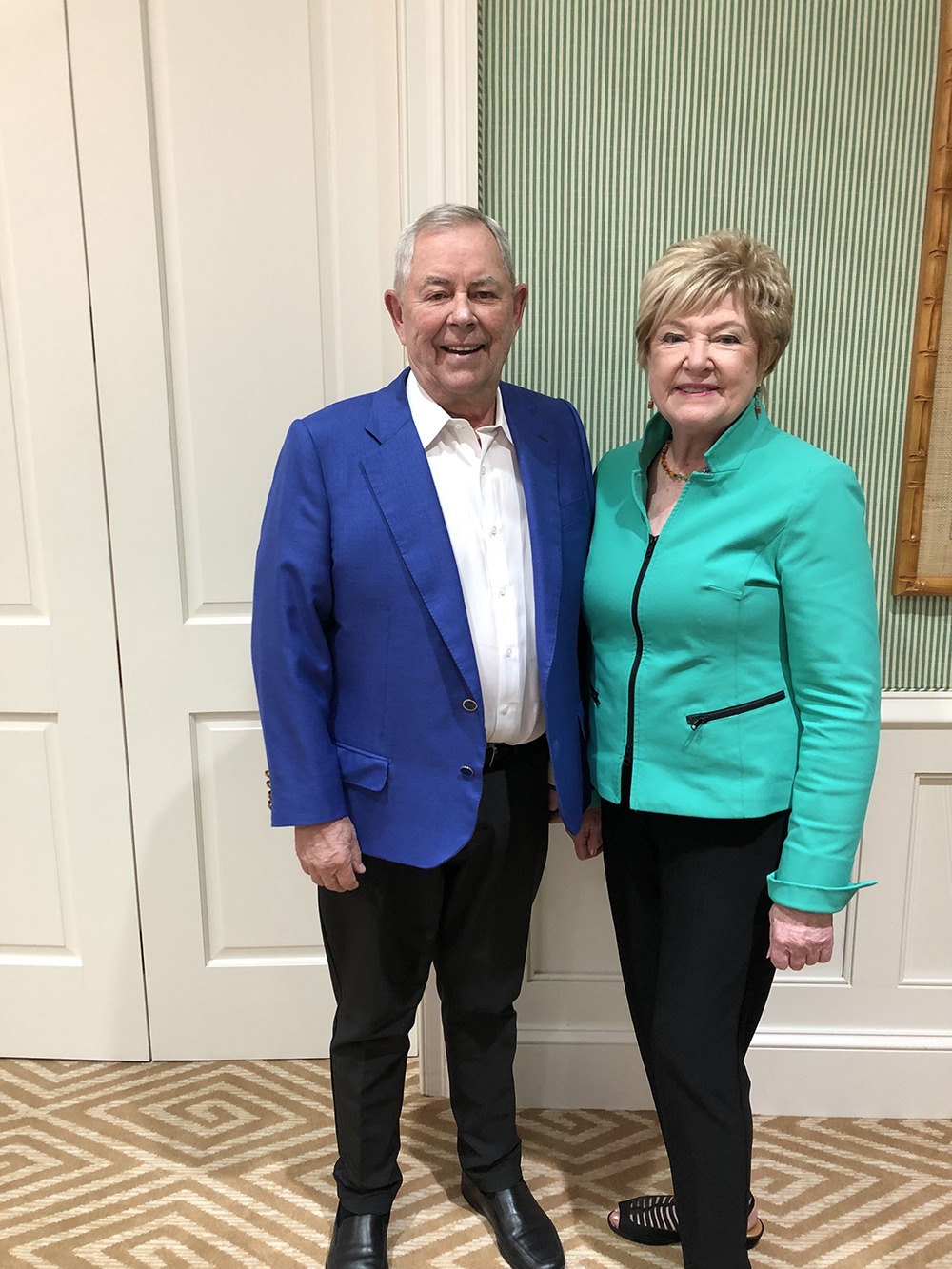 However, the real gift, in Robert Eaton’s view, is the opportunity the scholarship provides.

Robert Eaton came from a family in which no one on either side of his family had graduated from college. His father was a baggage handler on the railroad, and his mother was a beautician.

Connie Drake Eaton’s father died in World War II, and she grew up with her mother and grandparents. Robert and Connie met while they were students at KU.

“Going to college had the biggest effect on my life of any single event,” Robert Eaton said. “We want to give back to the university and provide someone with a life-changing experience that they might not be able to have otherwise.”

After earning a degree in mechanical engineering from KU in 1963, Robert Eaton went to work for General Motors. After 29 years with GM, he became the chairman of Chrysler and then the chairman of DaimlerChrysler AG after a merger with Daimler-Benz. He retired in 2000, and he and his wife now live in Naples, Florida. He is a life trustee on the KU Endowment Board of Trustees.

The Eatons have a history of generous support at KU. In 2003, they gave a $5 million gift toward construction of a new engineering building, named Eaton Hall.

John Howard, the current recipient of the scholarship, is a freshman from Burlington. He is part of the Legal Education Accelerated Degree Program, which allows KU students to earn a bachelor’s degree and a law degree in six years instead of seven. He is working toward a bachelor’s degree in political science.

“This scholarship went toward my tuition, and without support I don’t think I’d be able to go to college and do the things I want to do,” he said.

Howard and Robert Eaton have one thing in common: cars. For his birthday a few years ago, Howard bought two 1967 Ford Thunderbirds, one to rebuild and one for parts. Robert Eaton said he, too, had that love for mechanical tinkering starting at young age. He bought his first car when he was 11 years old for $10 and put another $15 in it to get it running.

“Before that, I built a go-cart using a Maytag washing machine motor,” Robert Eaton said. “When I was in high school, there wasn’t one single thing I couldn’t do on a car. However, that wouldn’t be true with today’s technology.”

Howard has similar hopes for his Thunderbird, and he also aspires to be philanthropic like the Eatons.

“I appreciate their background, and where they’ve come from, and what they’ve built,” Howard said. “I’m so grateful for this scholarship, and I hope to someday get to where they are and be able to give back like they have.”