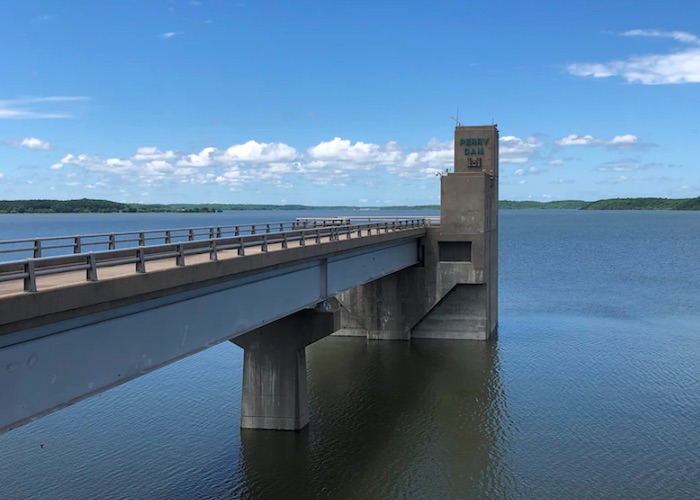 LAWRENCE — Climate change, driven by human activity, will alter temperatures and rainfall in Kansas in the coming decades. But predictions about the timing and severity of the shift remain inexact.

Now, researchers at the University of Kansas School of Engineering are teaming up with the Kansas Water Office to create models accounting for uncertainty about the state’s future climate so officials who allocate water can better forecast supply and demand of the vital resource.

Their work will expand models used by KWO that depend on data from 1950s drought years in Kansas as a worst-case scenario for water scarcity. The project is supported by a $98,000 WaterSmart Grant from the Department of the Interior’s Bureau of Reclamation and additional funds from the Kansas Water Office and KU. 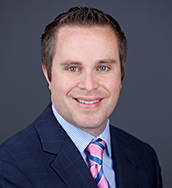 “This project is a collaboration with the Kansas Water Office to advance hydrological modeling and climate forecasting for the state,” said Joshua Roundy, associate professor of civil, environmental & architectural engineering at KU, who is leading the effort. “Now, they take the 1950s drought period and run it through their model, and then use that as a basis to say, ‘We can allow cities to take this much water.’ But with the uncertainties involved in that, wouldn’t it be helpful to consider different scenarios and look forward to the future climate and how that’s going to impact evaporation and streamflow throughout the state? So, we worked together on this proposal to improve uncertainty estimates within water forecasting using climate models to create new scenarios for their water allocations.” 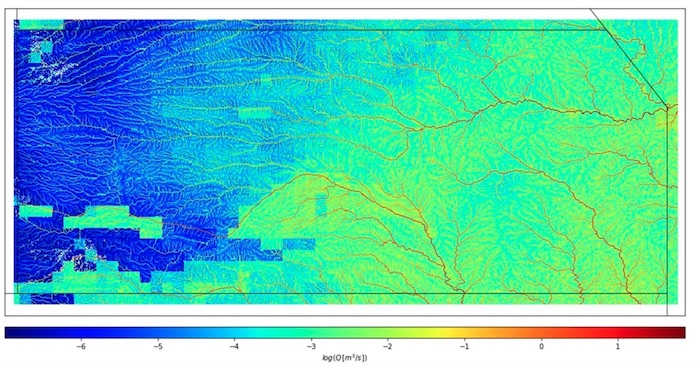 The new modeling effort will focus on central and eastern sections of Kansas that depend on surface water, incorporating six river basins, 21 reservoirs, 51 inflows and 163 sources of consumptive water use.

“The Kansas Water Office is looking forward to working with the University of Kansas on this WaterSmart grant project, developing more tools and resources to incorporate climate variability to future water supply planning for the state of Kansas,” said Richard Rockel, KWO water resource planner. “This project will allow for a more comprehensive analysis of climate variability as applied to regional water supply issues the state is facing.”

Roundy and his team will use the Coupled Model Intercomparison Project phase 5 (CMIP5) from the World Climate Research Programme to forecast how Kansas water availability could be affected by climate uncertainties in the coming years. The CMIP5 models compare multiple emission scenarios and combine them with key feedbacks among the land, ocean and atmosphere.

“It’s a global organization, a whole bunch of modeling groups that run model experiments and compile all that data together, so you have a variety of estimates of what future climate might be like,” Roundy said. “A lot of the models are showing for most of the state maybe a small decrease in precipitation overall. When you break that down seasonally, we’re actually seeing more extreme precipitation in the wetter periods like spring times, but then you’re also getting drier fall and winter times — so they’ll have an averaging effect that overall, there’s not much change.”

Finally, the KU group will quantify variability in future water allocations due to climate change using a Bayesian probabilistic framework. In other words, according to Roundy, as new data about climate emerges, the KWO will be able to plug it into the models for updated forecasting ability.

“We hope to help them define these probabilities based on historical and projected scenarios we create and then we can update those probabilities as we get new information that comes in,” he said. “For instance, we’re going to start by looking at the CIMP5 version of the client models. But then we’ll look at what happens if we use the latest version, which is CIMP6, and see how those probabilities would update.”

“That’s going to be something that could strain the water resources, strain the reservoir systems, and the Kansas Water Office is definitely interested in trying to understand it,” Roundy said. “We’re asking, ‘OK, how could this potentially change?’ If we construct scenarios based off these climate models of how the seasonality may change — how we may get more precipitation in some periods, but then less in others — they can run those through their models to make good decisions and say, ‘OK, this is what we might see.’ That’s why we say it’s ‘uncertainty,’ because we might not be completely correct in our estimates, but our work could offer a better level of risk assessment for the state’s water supply.”

In addition to helping the KWO improve their forecasting to account for uncertainty stemming from climate change, the work will fund a KU graduate student for two years to focus on the models.

Roundy said his group’s work could result in an academic paper intended to show other states and regions an approach for forecasting in future water supplies. But his real objective is to help the state of Kansas thrive as climate change raises questions about water availability.

“This is about creating tools for decision-makers to make better decisions,” he said. “It’s great to be able to work with the state and really show the benefit of research at KU and how it is helping state entities improve their systems. Our main goal is to make sure things are going to be sustainable and we have sustainable growth in terms of water availability within cities going forward.”