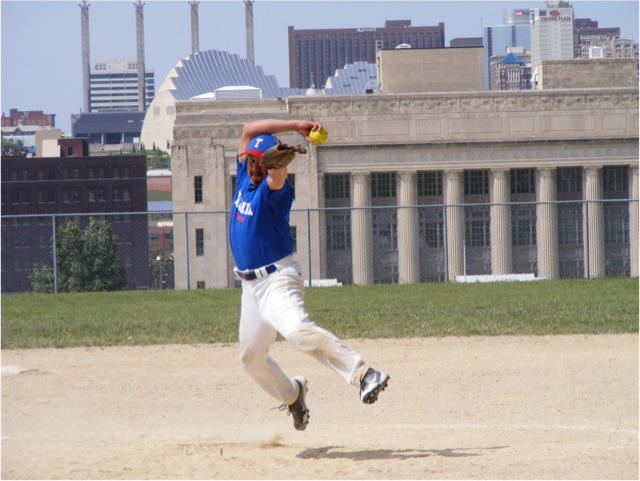 While these names may not mean much to fans of the Boston Red Sox or Chicago Cubs, they are revered by those who follow Mexican American fast-pitch softball. 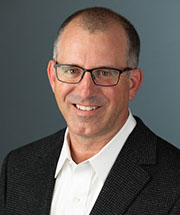 “What differentiates this tradition is it was born out of segregation,” said Ben Chappell, associate professor of American studies at the University of Kansas.

That history is explored in his new book, “Mexican American Fastpitch: Identity at Play in Vernacular Sport” (Stanford University Press). In this multi-sited ethnography, Chappell conveys the importance of the sport within the culture of Mexican American communities. Chappell traveled to tournaments throughout the central United States, interviewing players and striking up conversations in the bleachers while documenting the intense rivalry of competition and brotherly spirit of the game.

“The story I’m telling is one that has roots in the 1930s and ’40s, when softball was one of the most popular recreations in the entire country,” he said. “The New Deal funded tons of softball fields. A lot of cities had public parks with softball equipment, so kids didn’t even have to have gear — they could just go check it out and play. All of that was fastpitch.” 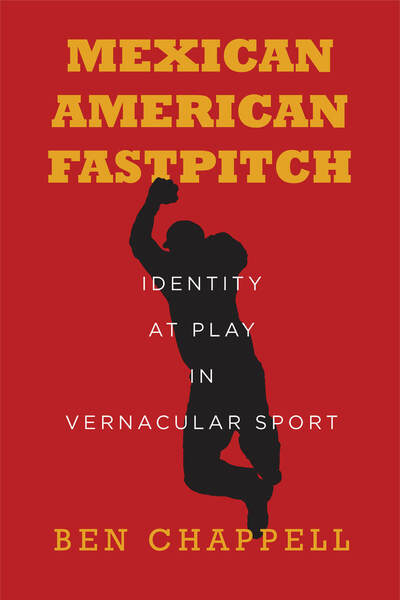 As he writes in the book, fast-pitch softball (differentiated by hard-throwing underhand pitches) is now dominated by women’s collegiate teams. But the portrait that emerges of Mexican American fastpitch involves “people who have endured migration, limited economic opportunity, de facto segregation and everyday racism but also have gained a degree of social mobility over time, forming fast-pitch teams rooted in friendships and family relations along the way.”

Chappell went to nearly 20 tournaments (primarily in Kansas and Texas) while researching the book. He noted how participation has visibly declined somewhat during the last decade.

“Players would tell me, ‘It’s a dying sport because the kids only want to do soccer.’ Or, ‘We can’t get the fields because all the hipsters want to play kickball,’” he said.

In response, the longest-running tournament, which takes place in Newton and is now in its 73rd year, attempted to recruit more players by inviting several Indigenous American teams. One such team from Oklahoma named the Big Eagle Express actually won last year’s tourney.

Fortunately, there is evidence that suggests a resurgence. This summer, the Newton tournament showcased 17 teams, its highest total in years.

“Part of my intervention with the book is to say we need to focus on sport the way it’s played at the community level,” Chappell said.

“Within academic sports studies, there’s a lot of work done on Major League Baseball or the Olympics – athletics performed at the elite level. But my point is that only reflects a very small slice of humanity, and for many more people, sport is something you play or watch your kids play.”

That’s why he used the word “vernacular” in the subtitle of the book.

“Vernacular is a word that refers to the language people actually speak face to face, and I’m trying to reclaim that concept to talk about the everyday level of sports,” he said. “It’s the level of interaction where the players and the fans are very close to each other. There is kind of a gray line between watching and participating, and it’s something truly embedded in the everyday life of the community.”

Chappell said he’s drawn to the premise that individuals who find themselves in tough situations frequently do creative things. This was the impetus for his previous book, “Lowrider Space: Aesthetics and Politics of Mexican American Custom Cars” (2012, University of Texas Press).

“Both lowriders and softball are ways people have creatively responded to that. ‘We’re going to play the game everybody’s playing, but we’re going to really identify that this is our team, our community, our tradition.’”

He said, “I will consider this book a success if it’s ever the case that some school kid needs to do a research project and finds it in the library. And then the kid’s able to say, ‘Oh, that thing my grandpa did really meant something!’”