LAWRENCE — In the early days of COVID-19 vaccine development, a new social media platform provided a place for like-minded people to discuss vaccines, share misinformation and speculate about the motivations for its development. A new study from the University of Kansas shows people flocked to Parler to discuss the vaccines in an echo chamber-type environment, and those conversations can shed light about how to communicate about vaccine efficacy during health crises. 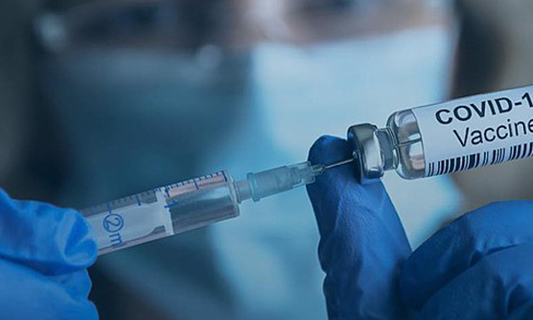 In the runup to the 2020 election, then-president Donald Trump claimed a COVID-19 vaccine could be ready before people went to the polls. About that time, millions were flocking to Parler, a new social media platform that promised a free speech environment via unregulated posts. A trio of KU doctoral students in journalism & mass communications analyzed a sample of 400 posts on the platform between November 2020 and January 2021 about the vaccines. Results showed people followed messages of conservative political leaders, shared misinformation and reinforced messages shedding doubt on vaccine efficacy.

“Around October last year, we were hearing a lot of buzz around a new social media platform, Parler, not just in the political field, but in the health field as well,” said Annalise Baines, the study’s lead author. “We wanted to understand more about what was being said about COVID-19 vaccines specifically, as we noticed a shift in the conversation from developing vaccines to distrusting science around the efficacy of vaccines.”

The study, co-written by Baines, Muhammad Ittefaq and Mauryne Abwao, was published in the journal Vaccines.

A thematic analysis of the posts, known as “parleys,” showed users discussing the vaccines in five distinct themes:

Previous research has extensively examined communication via social media, but Parler, a relatively new platform that has undergone controversy and was deplatformed for several weeks following the Jan. 6 insurrection at the U.S. Capitol, has not been studied widely. The authors, who study environmental, health communications, and new social and digital media topics, analyzed how people discussed vaccines, an important public health issue, among like-minded individuals. While the research didn’t compare users’ political leanings, the platform was widely popular with conservative users and was touted as an alternative to sites such as Twitter or Facebook, which they accused of anti-conservative bias.

“If you live in a bubble in which you only hear from people who share the same views as you and information that supports that, that tends to reinforce what you already believe in. It’s also about people you trust. We didn’t have demographic information on users, but we did find echo chambers existed there, and people even used the hashtag #echo,” Ittefaq said.

Among the five key themes, users frequently used hashtags to further spread their content, such as #nocovidvaccine, #novaccine, #wedonotconsent, #vaxaware, #wakeupworld. Users also shared polls showing people in the U.S. and Europe didn’t want a vaccine, or they shared dubiously sourced news stories about nurses who suffered from Bell’s palsy after getting the dose. This finding also appeared in the second most frequent theme regarding side effects. Users shared posts about people dying after receiving the vaccine or who had cognitive effects or were hospitalized.

“Some of the reasons for vaccine hesitancy are deemed legit, and the major concerns may have been a result of people being skeptical of the side effects,” Abwao said. “Currently, we have experienced cases where some vaccines have been discontinued; however, this should not deter people from getting vaccinated.”

One of the most popular conspiracy theories shared was that vaccines were being developed as a means for government or a new world order to control the population, according to the KU researchers. Frequent conspiracies involved the use of microchips via the vaccine or an enzyme that would control the population, the study found. People often included links, videos and images with such parleys, though when sources were included they were from unverified sites or contained videos that were purported to be leaked from the government. In other themes, users shared posts claiming schools would vaccinate children without parents’ consent or cast doubt on the pandemic’s severity, comparing it to other health issues such as the flu, or citing abortion statistics to claim it was not as deadly as commonly reported. Common hashtags in those themes included #scamdemic, #plandemic, #idonotconsent, #covidhoax and #nocovidvaccine.

The findings illustrate several key points in health communications and social media use, the authors said. People listen to the messages of elected officials and will adhere to them, such as Trump calling the virus a hoax or U.S. Sen. Ted Cruz’s endorsement of Parler as a place to share opinions on current issues. The views shared by people can not only spread misinformation but can also be informative for policymakers and public health officials to counter anti-vaccination rhetoric, the KU researchers said. On the Parler platform anyone can post claims online without going through verification steps and share that information with others. This can be dangerous, especially for those who might be more vulnerable and not be able to identify misinformation, Baines said.

Public health officials have a difficult job in which they are trained to perform science and share findings, not to combat misinformation, Ittefaq said. But, if they are able to use credible information through stories of individuals and trusted experts, they can help disseminate credible information on health crises to the public. Failing to do so can have negative ramifications in future public health crises, he added. The analysis shows people listen to those similar to themselves, and that if public health officials can share valid information with people who can share it with their peers, they will have greater success in situations such as the COVID-19 pandemic, in which people continue to seek valid information about the vaccines.