LAWRENCE — Three friends and members of the executive board of the Chemistry Club at the University of Kansas received some good news about the future of their planned careers in STEM fields late last week.

Anton Barybin, Emma Cosner and Jonah Stiel — all KU juniors and chemistry majors — learned that they would all be named as KU’s latest Barry M. Goldwater Scholars.

The scholarship is regarded as the premier undergraduate award to encourage excellence in science, engineering and mathematics. The three scholars said they planned to use the award to advance their goals of pursuing careers in science, furthering the work the students have already done to seek to expand knowledge in areas like neurodegenerative diseases and climate change.

“All three of these students are outstanding selections for Goldwater Scholars. They have demonstrated an excellent record of scientific achievement as undergraduates, and I look forward to seeing what they will accomplish at KU and beyond,” said Chancellor Douglas A. Girod. “I congratulate them on their many achievements, along with all who helped them succeed during their time at KU.”

With these three awards, KU students have earned 71 Goldwater scholarships since they were first awarded in 1989. Congress established the program in 1986 in tribute to the retired U.S. senator from Arizona and to ensure a continuing source of highly qualified scientists, mathematicians and engineers.

The scholarships cover eligible expenses for undergraduate tuition, fees, books and room and board, up to $7,500 annually. This year, the scholarship foundation awarded 410 scholarships from an estimated pool of more than 5,000 college sophomores and juniors from 438 academic institutions.

Barybin said he was interested in pursuing a career that helps to find new ways to treat neurodegenerative disorders, including multiple sclerosis. He said he appreciated the award, which would help him in graduate school applications and eventually going on to a career in academia, where he could pursue research and teaching.

"I feel really honored and blessed to have been selected, and I hope that this award enables me to make great scientific contributions both now and throughout the rest of my research career," Barybin said.

Cosner said she took an interest in science from a young age when she wanted to become an astronaut. While still pursuing that dream, she is working on projects to help create a more sustainable world, including one that seeks to create catalysts that produce hydrogen gas, an alternative to fossil fuels.

“After working so hard and studying for so long, this shows the fruits of my labor,” she said of winning the scholarship. “The financial aid will help me spend more time on my research as I continue on the path to grad school.”

Stiel, who was selected for the Astronaut Foundation Scholarship program last year, said the scholarship would help him continue his work addressing the climate crisis and support his goal to develop new methods of capturing pollutants from the environment.

“I hope to be able to go into either academia or to work for a national lab,” he said. “This award is important for me to be able to make an impact in science and to hopefully be able to get into a really amazing graduate school program.”

Students interested in applying for the Goldwater Scholarship next year should contact campus representative Anne Wallen, program director for the Office of Fellowships. 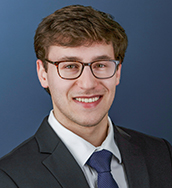 Anton Barybin, from Lawrence, is the son of Misha and Ekaterina Barybin and a graduate of Lawrence Free State High School. Barybin is majoring in chemistry. In 2020 he was selected for the Beckman Scholars Program, a 15-month program designed to enrich the development of young scientists. He was also awarded a Kansas IDeA Network for Biomedical Research Excellence (K-INBRE) scholarship. He serves as a research ambassador for the Undergraduate Research Center. Barybin began research in the lab of Susan Lunte, Ralph N. Adams Distinguished Professor of Chemistry and Pharmaceutical Chemistry, in the summer before his freshman year at KU. Barybin’s research focuses on the design of separation-based sensors for monitoring neurotransmitters. Barybin is co-author on a peer-reviewed publication from Lunte’s lab and has presented his research at a regional meeting of the American Chemical Society and at a K-INBRE Symposium. He also recently presented virtually at the 2021 Pittcon conference. 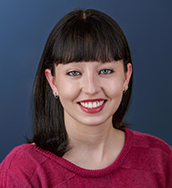 Emma Cosner, from Overland Park, is the daughter of Ron and Sheri Cosner and a graduate of Notre Dame de Sion High School. Cosner is majoring in chemistry and minoring in physics. This semester, Cosner received her second Undergraduate Research Award for the Center for Undergraduate Research. She holds leadership positions and performs outreach through groups such as the Society of Physics Students and Chemistry Club. Cosner joined the lab of James Blakemore, associate professor in the Department of Chemistry, as a sophomore. Her research there focuses on harnessing renewable energy using electrocatalysis. She has recently begun research with Christopher Rogan, assistant professor in the Department of Physics & Astronomy, testing mechanical sensors for the CERN Large Hadron Collider. 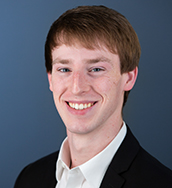 Jonah Stiel, from Topeka, is the son of Debbie and Steve Stiel and a graduate of Washburn Rural High School. Stiel is majoring in chemistry. In 2019 he was selected for the Beckman Scholars Program, a 15-month program designed to enrich the development of young scientists, and he received an Undergraduate Research Award from the Center for Undergraduate Research at KU. In 2020, he was selected as an Astronaut Scholarship Foundation Scholar. He serves as a research ambassador with the Center for Undergraduate Research and is president of the KU Chemistry Club. Stiel began conducting research in the lab of James Blakemore, associate professor in the Department of Chemistry, while still in high school. His research focuses on environmentally beneficial catalysis. Stiel is co-author on a peer-reviewed publication from the Blakemore lab and has presented at regional and national meetings of the American Chemical Society.