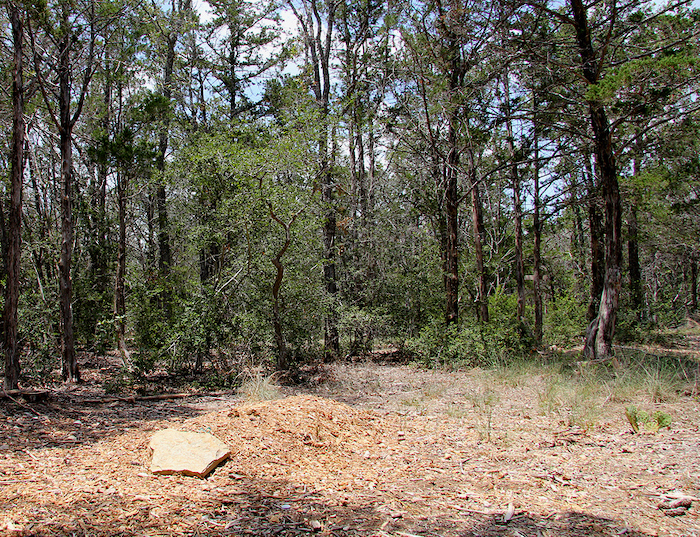 LAWRENCE — Traditional burial in a graveyard has environmental costs. Graves can take up valuable land, leak embalming chemicals and involve nonbiodegradable materials like concrete, as well as the plastic and steel that make up many caskets. But the other mainstream option — cremation — releases dangerous chemicals and greenhouse gasses into the environment.

So, what’s an environmentalist to do when making plans for the end of life?

A new study from the University of Kansas in the journal Mortality details how older environmentalists consider death care and how likely they are to choose “green” burials and other eco-friendly options.

“This article is specifically asking if older adult environmentalists consider how their bodies are going to be disposed as part of their environmental activism,” said lead author Paul Stock, associate professor of sociology and environmental studies at the University of Kansas.

In addition to a literature review on the ecological costs of various disposal methods, Stock and co-author Mary Kate Dennis of the University of Manitoba interviewed 20 people in the Kansas. Participants were 60 years and older, engaged in environmental activities and possessed spiritual values that guided their environmentalism.

“We were really surprised to see both answers — that yes, they’re planning on green burial, and no, it’s not even on their radar,” Stock said. “We were often the ones introducing these people that are so knowledgeable in so many areas of the environment and activism to green burial. We would ask them, ‘Do you want your body to be buried in a green burial?’ And many would say, ‘I don’t know what that is, can you tell me about it?’”

The researchers said awareness of green burials — where a body is placed into the soil to facilitate decomposition without durable caskets or concrete chambers — is growing for some older people. But the practice of green burial remains clouded by a funeral industry looking to make profits, and it can be influenced by considerations of family, religious and cultural traditions, as well as the practices of institutions like the military that carry out funerals.

“The business of burial has shaped all of our ideas about how we can be buried,” Dennis said. “A lot of participants said they weren’t aware of green burial. We’re sort of presented with two choices — you’re going to be put in the cemetery or cremated. Then, we start expanding to other options, but that’s only been in recent times. You see some of their desires, like, ‘I want to be put out on the land.’ Or you see in some of our green-burial narratives where people took it into their own hands. But you have to have be empowered to go against the grain, so I think for a lot of us we didn’t even know a green burial was possible, and pushback from society, capitalism and the funeral industry has created a situation where we don’t even know the possibilities — some of the environmentalists in our study didn’t know there were laws that say they can be buried on their own land.”

The researchers found more than half of their environmentally minded participants planned on eventual cremation.

Among those planning burials, there was “unequal knowledge about green burial as an option” even though Lawrence is at the vanguard of green burial in its municipal regulations and even boasts a green-burial section in the local cemetery, Oak Hill, where “metal, concrete, plastic, other synthetic materials and/or stone may not be used for interment.”

“We heard different stories and different requests or thoughts of what they’re going to ask their loved ones to do with their bodies,” Stock said. “The introduction of green burials is very much — like a lot of their thoughts on where or how they wanted to be disposed of — about a sense of place. What struck us and what was so interesting was that Lawrence had, at least at the time, the only municipal-owned cemetery in the country that allowed green burials.”

Perhaps the varying answers given by participants is a result of a lack of conclusive evidence that no one form of handling human remains is decidedly more eco-friendly than another, as the issue has been little-studied.

“There’s not a clear line,” Stock said. “What really struck us was there’s not actually too much science done on comparing what’s more environmental. There are really just one or two papers out there using common environmental measurements — whether it’s a carbon footprint or some other kind of way — to even give us technical measurements to compare. We essentially don’t have too much information to guide us as scientists, much less for older adults as to what is the greenest way of taking care of one's remains.”

The investigators predicted that as green burials gain in popularity, more options for green disposal of bodies will become commonly available, even ones that today seem eccentric.

“The mushroom suit — when we talk about that with our undergrads they're usually sort of puzzled and intrigued,” Dennis said. “People wonder, ‘How does that work?” But it’s an interesting one. Basically, you’re wrapped in material and then mushrooms grow out of you, and it cleans the toxins. There's going to be more new and awesome ways to be buried that we haven't even heard of yet.”

Top photo: A natural burial gravesite where the existing landscape is modified as little as possible and only flat stone markers are allowed. Credit: Larry D. Moore, via Wikicommons.