LAWRENCE — It is expected that 2020 will denote the biggest year of gun sales in U.S. history. 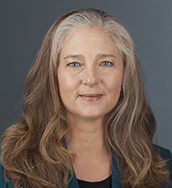 “Not only is this significant in how many people bought guns, it is also a banner year for the diverse types of people doing the purchasing,” said Margaret Kelley, associate professor of American studies at the University of Kansas.

The question of who and why these people are making this choice gets examined in extraordinary depth in Kelley’s article titled “Who Might Buy a Gun? Results from the Guns in American Life Survey.” Her research explores patterns and correlations of such ownership in the United States, with an emphasis on differentiating those who will never own a firearm (“nevers”) and those who are open to ownership in the future (“maybes”). It is published in this month’s issue of Sociological Inquiry.

“Previous work has focused on traditional ways of thinking ‘maybe’ owners must be very similar to owners. We tried to complicate that a bit and show they aren’t just ‘gun owners lite,’ they are a wholly different category,” she said.

With co-author Christopher Ellison of the University of Texas at San Antonio, Kelley launched the Guns in American Life Survey (collected in September 2018 as a collaborative involving UTSA and KU) to explore the role of several classes of factors in shaping experiences and attitudes. These included socialization, fear/victimization, ideology and preparedness.

Kelley said, “We approach the topic thinking this is binary: You own a gun or you don’t, and people have characteristics that go with one of those categories. But it is not that straightforward. For example, there’s evidence that 20% of gun owners are liberals. That goes against our expectations of who might own a gun.”

Among the most common assumptions about gun owners is they gravitate toward the weapon out of fear.

“This is an overgeneralization that people buy guns because they’re afraid,” she said. “That’s part of it. But that’s not all of it.”

Instead, Kelley also delves into the positive aspects of ownership, which she terms “gun gratifications.” She found these are frequently divided by gender, with men feeling more empowered by guns, while women are motivated by the sense of protection granted. (The survey collected responses from more than 3,100 individuals, offering a strong representative data set of the U.S. public.)

On the other end of those studied are persons who claim they will never own a gun. This is mainly populated by respondents wrestling with an ideological issue. Many don’t believe guns are a part of “the good society.”

“Also factoring in is the fear of violence,” Kelley added. “In many studies, guns are specifically equated with violence. In fact, the vast majority of guns will never be involved in a negative outcome. Yet it is hard to disassociate that connection, given the very severe violence that does happen and the fear that is generated by mass shootings and things.”

Much of “Who Might Buy a Gun?” deals with society’s move toward what’s termed Gun Culture 2.0. This shift has fundamentally changed the central reasons for possessing a weapon.

“Our original gun culture is very different than what our current one looks like,” Kelley said.

“It used to be that guns were owned primarily for hunting and recreation. Just a generation before us, people kept shotguns and hunting rifles in their cars. They only had them around the home because they needed them for protection against animals. Since the 1960s, this culture of guns has been changing, and it is in large part an increase in handguns that are owned for personal protection. It is becoming the self-defense culture in a way.”

That includes owners welcoming the empowerment associated with the weapons, which is becoming a less passive condition.

“For people involved in having one for self-defense, it is something you think about when you get up in the morning. You have to ‘dress around the gun.’ You have to know which stores you can go into and which ones you can’t,” she said.

Entering her sixth year at KU, Kelley developed her research in partnership with a parallel ethnographic study examining women and firearms. She’s turning this into a larger book project specifically focusing on the average woman shooter in middle America.

“We don’t know the broader impact of changes in gun culture on social trust in a democratic society,” Kelley said.

“But it is timely for us to recognize who is open to gun ownership. KU research has shown that those who own guns are more politically involved and might influence the future of politics. It is important to know the reasons that lead to owning – or not owning – a gun.”