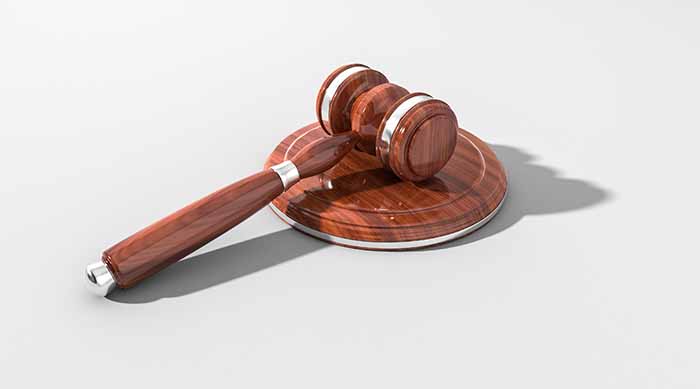 LAWRENCE — Former President Donald Trump's removal of prominent officials not willing to do his bidding grabbed headlines throughout his tenure, but he also took less well-publicized steps to bring the federal bureaucracy under his control by dismantling key parts of the civil service. A University of Kansas law professor argues in a new study that these efforts, coupled with recent Supreme Court rulings, threaten the independence of a key group of agency adjudicators. The study urges Congress to take action to prevent cronyism and political bias in agency adjudications. 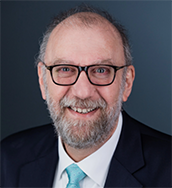 Richard Levy, J.B. Smith Distinguished Professor of Constitutional Law at the KU School of Law, and Robert Glicksman of George Washington University have published a study in the Minnesota Law Review examining the independence of administrative law judges, or ALJs. In the study, the authors outline the attacks on the independence of ALJs in federal agencies that threaten to politicize the appointment and removal of officers intended to be impartial decision-makers. They recommend a legislative solution to ensure independence that would benefit both major political parties.

The basic separation of powers between the executive, judicial and legislative branches in American government is well understood. However, there is overlap when implementing law and determining how the law applies in given situations, the authors wrote. These situations arise frequently in federal agencies such as the Securities and Exchange Commission and Social Security Administration. The agencies appoint adjudicators, including ALJs, who make rulings, but conflicts of interest can arise when agencies or employers prefer one policy but the law requires another.

“The question is, how do you properly balance the idea that the president is at the head of the executive branch and has responsibility to ensure that the laws are faithfully executed with the idea that due process and fundamental fairness in agency adjudications requires an impartial decision-maker?” Levy said.

Levy and Glicksman described recent Supreme Court decisions that have supported a strong unitary executive theory that gives the president greater control over the appointment and removal of officers in the executive branch, as well as executive actions by Trump that exempt ALJs from civil service merit selection requirements and weaken the statutory against removal for reasons other than good cause. Civil service protections for federal officers and employees have consistently expanded to prevent political patronage or a spoils system rewarding cronyism. As applied to ALJs, these protections were essential to ensure presidents and political appointees could not appoint unqualified or biased adjudicators or take disciplinary action against ALJs who refused to toe the line in their decisions.

“When we talk about a ‘war,’ we’re essentially talking about a war on the civil service,” Levy said. “The Trump administration’s argument is those protections led to the creation of the so-called deep state.”

The authors present an in-depth examination of the executive order removing ALJs from the established appointment system in which the most highly qualified judges as determined by civil service testing were presented as candidates for judicial openings. They determine the move was legally valid, yet opens the door to cronyism and the appointment of unqualified loyalists to such positions. They also discuss a recent Justice Department memo indicating that the department would only defend good cause removal protections for ALJs if those provisions allow for removal those who fail “to follow instructions” or in essence, make rulings favorable to the position of the executive branch.

“At the very least we have a looming constitutional crisis for ALJs, and a lack of protections for them for appointment and removals,” Levy said. “It seems to us a substantial threat to ALJ independence and judicial integrity.”

Given that threat, the authors argue a statutory response is required. They call for the creation of an independent ALJ corps using the “central panel” model that is already in place in numerous states’ laws. The approach would allow for independence of ALJs that adjudicate federal agency questions, while allowing for final review from the agencies. That would restore judicial independence and retain the agency’s ultimate policy authority and expertise, Levy said.

Congress could enact a law achieving those ends in a nonpartisan fashion, the authors said. Doing so would be mutually beneficial as it could prevent cronyism from whatever party is in power, retaliation upon changes of administration or unforeseen abuses of policy enacted by a preceding party.

“I think we have to start restoring safeguards that have been dismantled by partisanship,” Levy said.

While the hyperpartisan nature of American politics may make such an event difficult, it is not impossible, the authors wrote. Levy and Glicksman have already presented their arguments in a webinar sponsored by the Administrative Conference of the United States and been contacted by the National Conference of the Administrative Law Judiciary and helped draft a report in support of a resolution by the American Bar Association in support of a central panel of federal ALJs.

“Ultimately, the independence of administrative adjudication is a critical protection for the rule of law. Although other recent threats to the rule of law may deservedly garner the headlines, we should not lose sight of the critical role that impartial agency adjudication plays,” the authors wrote. “Taking reasonable steps toward securing independent and impartial adjudication by agencies is a nonpartisan issue that Congress can and should address.”