LAWRENCE — When you imagine a visit to a natural history museum, the first thing that springs to mind could be dinosaur bones or taxidermized animals.

Behind the visitor displays, however, advanced research on specimens collected from around the world is taking place. What’s more, this work forms an essential front line of defense in pandemic preparedness. 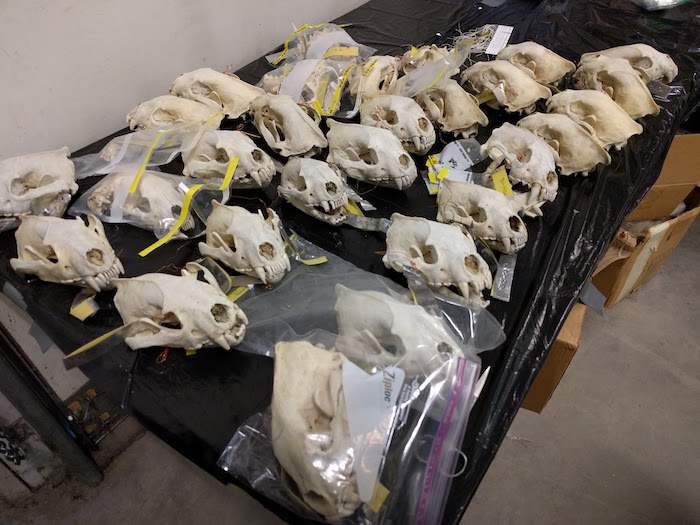 According to Jocelyn Colella, research affiliate with the University of Kansas Biodiversity Institute and incoming assistant curator of mammals with the KU Natural History Museum, museums act as a kind of decentralized pathogen surveillance network. In a recent piece published in Science, Colella and colleagues argue that expanded biodiversity infrastructure will be an essential front line of defense in pandemic preparedness in the wake of COVID-19.

“Museum visitors see specimens on display, but hundreds and thousands of others are safely preserved behind the scenes — museum curators are responsible for making sure that those specimens are preserved and available for research going into the future,” she said. “Fifty years ago, we weren’t sequencing DNA. But now we are — and specimens preserved over decades, or even centuries, can now be used for molecular research. We have a couple of liquid nitrogen dewars here at the Biodiversity Institute that hold frozen tissues from all sorts of animals, from all over the world. Those tissues can be used to sequence whole genomes to identify how animals are adapting or responding to changing conditions.” 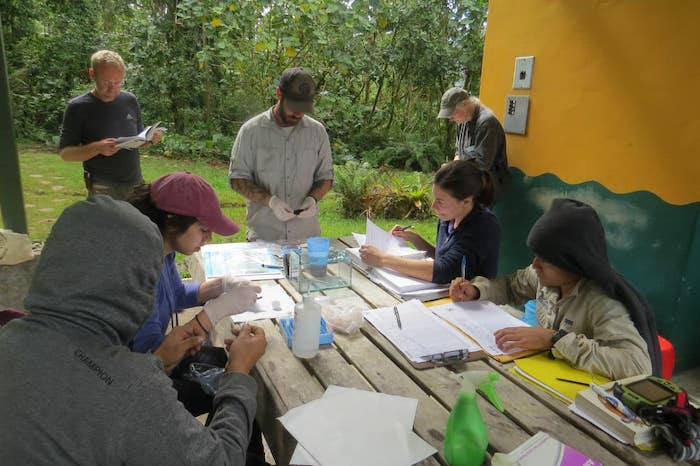 Colella said such collections preserve specimens and also capture the community of microorganisms that use the organism as a host.

“You can also sequence viruses, bacteria and fungi from all of those frozen tissues — so you not only get information on the host organism or mammal, but you also get information about their entire community,” she said.

Because more than half of all emerging diseases in humans come from wildlife, such as COVID-19 (which scientists think jumped to humans from horseshoe bats), museum specimens hold the genetic clues needed to determine where they came from and better understand and fight these pathogens — especially in countries at high risk for emerging zoonotic disease, such as those with high species diversity and a high frequency of human-wildlife contact. 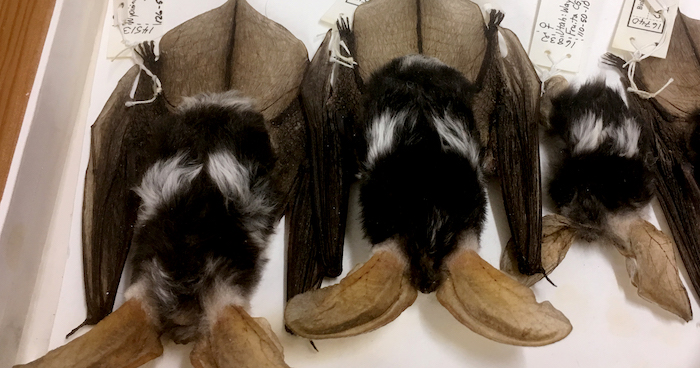 “As the human population grows, we continue to come into contact with new, different and more animals. That increases the risk of these disease spillover events,” Colella said. “The cool thing with natural history museum collections is that we have sampling through time. You can survey the same areas over and over, sampling all sorts of different animals, which gives us a sense of how long a virus has been there and where it came from.”

The KU researcher pointed to hantavirus as an example where biodiversity collections collaborated with the Centers for Disease Control to help fight off a disease that had entered the human population from animals.

“Parallel to the current COVID-19 pandemic, there was a spillover event in 1993 of hantavirus in the American Southwest that led to the deaths of many people, and we had no idea where it came from,” Colella said. “The CDC asked the Museum of Southwestern Biology to help find the reservoir host of the virus, and they identified deer mice as the source. Researchers were then able to go back into these historic mammal collections and found that this disease had been in rodent populations for over 10 years before it spilled over into humans. That type of information allows us to have an evolutionary perspective on what happened between when this virus emerged in rodents and when it became harmful to humans — what changed? That allows us to respond and prevent outbreaks in the future.”

While the importance of natural history museums to human health has never been higher, in recent years the number of specimens being deposited in biodiversity collections actually has been declining.

A second paper written by Colella and colleagues, just published in BioScience, outlines ways to reverse this downward trend.

“Another reason scientists are having trouble identifying reservoir hosts and finding novel viruses is because the sampling base in museums just isn’t there, and it’s not because scientists aren’t taking samples,” she said. “It’s because there are no requirements for samples to land at museums or public institutions. There’s an ethical issue with collecting animals and then keeping all those samples in your personal freezer forever until you retire or lose all the IDs and can’t associate the material with XYZ, and it was all for naught. We can do better.”

According to Colella, several studies have tracked the number of deposited specimens across the past few decades and show “dramatic declines” starting in the late 1990s. “There are plenty of permits out there and specimens being sampled. The samples are just not ending up in museums,” she said.

The KU researcher and her co-authors propose treating specimens collected in the field exactly like other types of scientific data and using the open-data model to ensure scientists have access to museum specimens for research today and into the future.

“We propose increased open-data requirements by journals, integration of specimens into existing requirements for data management plans and a cultural shift in biological sciences. That must be collectively propelled by researchers, editors and reviewers as part of the solution,” Colella said.

She differentiates between the ideas of specimen “ownership” and “stewardship.”

“Specimen stewardship promotes the democratization of specimens to maximize access and research potential through the use and re-use of specimens' resources to answer multiple scientific questions, instead of private ownership for use in a single project,” Colella said. “If samples never get archived with a museum, it’s a loss to the entire scientific community. We’re saying if you have private specimen collections, there needs to be a plan to get those samples archived eventually, so that if you’re not around anymore or you need someone else to archive them, they know what to do. There needs to be a plan from the very beginning when the specimens are collected. Stewardship is making sure that the resources you’re collecting are taken care of into the future and museum exist to do just that.”