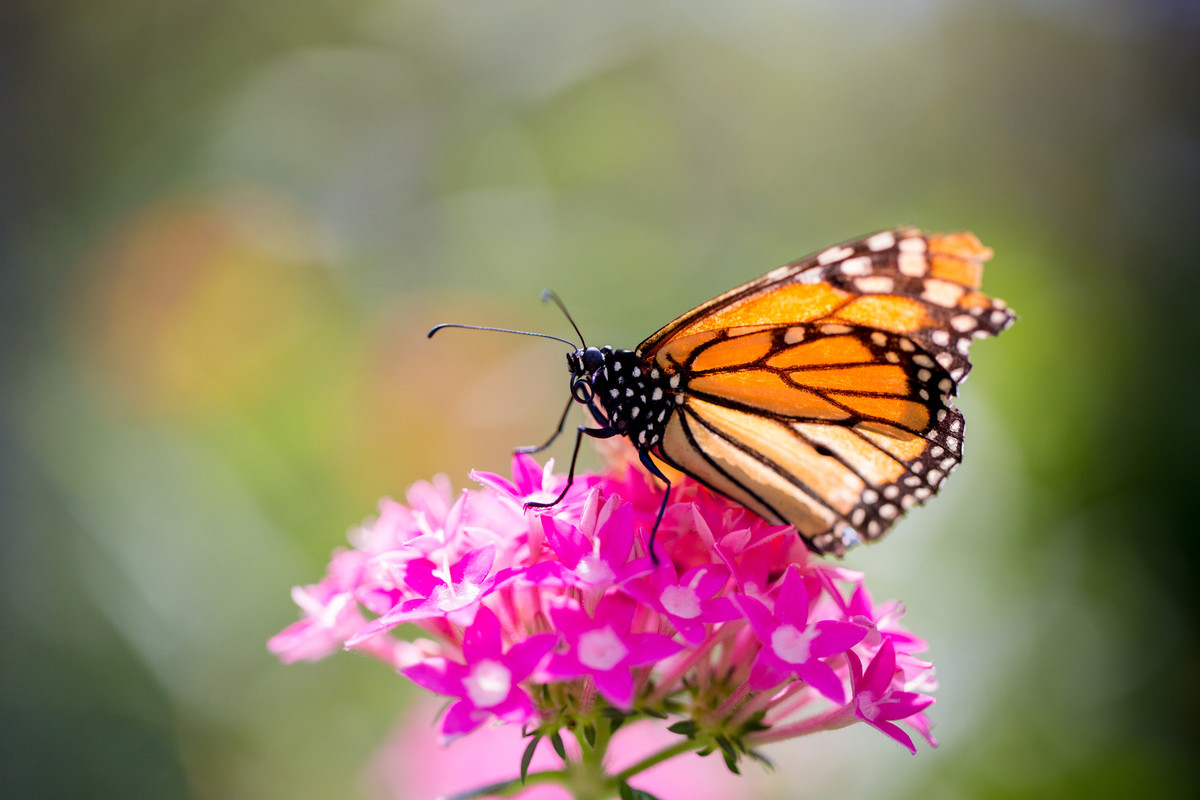 LAWRENCE — In a new study, Monarch Watch Director Chip Taylor and colleagues have shown that speculation regarding the declining monarch population, despite having received much attention, is unsupported.

Published Aug. 7 in the journal Frontiers in Ecology and Evolution, the researchers show that the decline in the monarchs’ overwintering numbers is not due to an increase in the deaths of monarchs during the migration — the “migration mortality hypothesis.” The main determinant of yearly variation in overwintering population size, they found, is the size of the summer population.

Taylor, a University of Kansas professor emeritus of ecology & evolutionary biology, said the monarch butterfly populations have been declining for most of the last two decades. The numbers of monarchs measured at the monarch overwintering sites in Mexico in the winter of 2013-2014 were an all-time low.

The progressive decline in prior years, and these low numbers, led to the submission of a petition to the Department of the Interior to have the monarch declared a threatened species. These concerns also increased the search for an explanation for the decline.

The prevailing view was that the decline was due to habitat loss that followed increased use of glyphosate herbicide on corn and soybean fields in the Upper Midwest — the “milkweed limitation hypothesis.”

However, that view was challenged by a number of researchers who maintained that the decline was likely due to increasingly high levels of mortality during the butterflies’ migration. This became known as the migration mortality hypothesis.

Taylor said the migration mortality hypothesis, though unsupported by data, has received substantial coverage in Science and Scientific American.

“Monarch Watch has been collecting recovery data for tagged monarchs since 1992, and we knew that those advocating the migration mortality hypothesis were on the wrong track from the outset and told them so,” he said.

In this recently published study, Taylor and co-authors summarized the results of tagging almost 1.4 million monarchs that resulted in nearly 14,000 recoveries of tagged butterflies in Mexico.

“Showing the migration mortality hypothesis advocates their assumptions were wrong took awhile since that required a significant effort to vet our monarch tagging database for accuracy and to analyze the data,” Taylor said. “Dealing with 1.4 million records is no simple task.”

In contrast to the predictions of the migration mortality advocates, the tagging recoveries — a measure of migration success — did not decrease over time, the researchers found.

In addition, the number tagged each year was correlated with the size of the overwintering population in Mexico, consistent with the milkweed limitation hypothesis. The tagging also confirmed that the majority of monarchs reaching the overwintering sites originated from the Upper Midwest.

These findings support the conclusion reached by a team of experts that sustaining the monarch migration will require the restoration of over a billion milkweed stems in the Upper Midwest in the coming years.

The co-authors on the paper were John Pleasants of Iowa State University; Ralph Grundel and Samuel Pecoraro, both of the U.S. Geological Survey Great Lakes Science Center; and James Lovett and Ann Ryan of Monarch Watch and the Kansas Biological Survey.