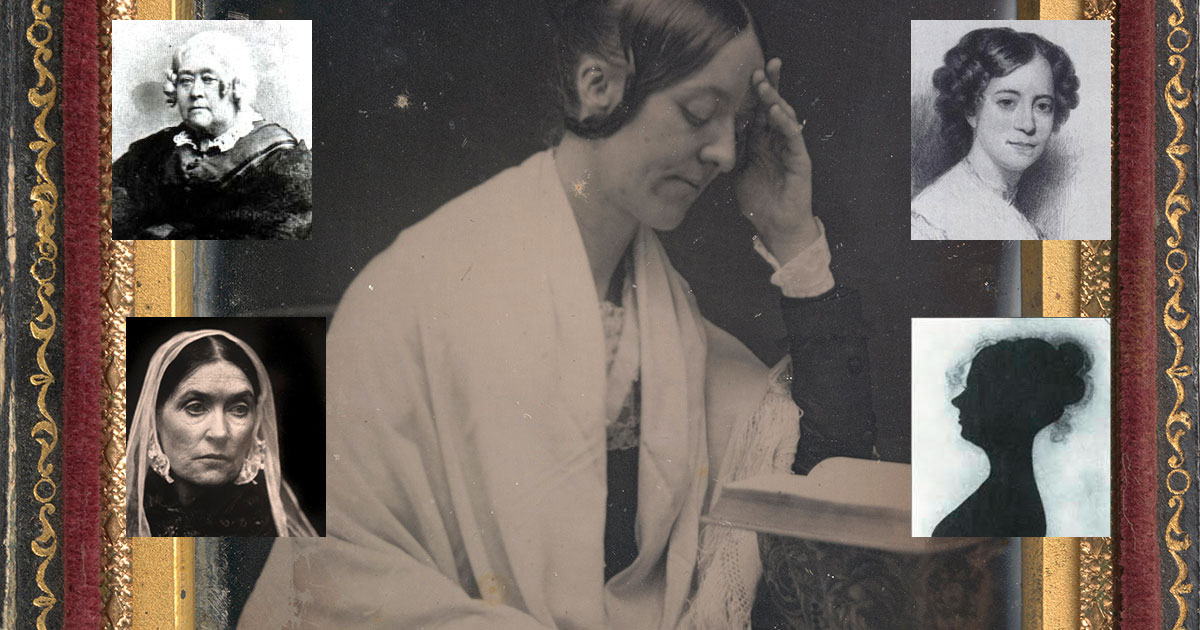 LAWRENCE – Now largely forgotten in the mists of time, the leading female intellects of the transcendentalist movement of early 19th century America will be resurrected in a book for which a University of Kansas professor recently won a National Endowment for the Humanities grant.

The $60,000 grant to Randall Fuller, who is the Herman Melville Distinguished Professor of American Literature in KU’s Department of English, was one of a group of 238 projects NEH announced last month it was funding to a tune of $30 million.

The NEH Public Scholars grant plus one from the Robert B. Silvers Foundation will give Fuller time to focus on the writing of a group biography he is calling “Bright Circle: Five Remarkable Women in the Age of Transcendentalism.” It will illuminate the lives of Mary Moody Emerson (1774-1863), Elizabeth Palmer Peabody (1804-94), Sophia Hawthorne (1809-71), Lidian Jackson Emerson (1802-92) and Margaret Fuller (1810-50).

Randall Fuller said that while Margaret Fuller is the best known of the five women, he believes that she, and particularly the others, deserve a deeper accounting of their influence on the transcendentalist philosophy explicated by their better-known peers.

“When I was in graduate school, and certainly as an undergraduate, we tended to focus primarily on Ralph Waldo Emerson and (Henry) David Thoreau and maybe Walt Whitman as the poetic representative of transcendentalism,” Randall Fuller said. “But it turns out that transcendentalism was actually a very social movement. It was a movement that not only took place on the page — in essays and poems — but also in conversations and correspondence and journals. When you begin to look at those other sorts of materials, you find that there was a vigorous participation among women who were interested in the same ideas that Emerson and Thoreau were interested in.”

The title “Bright Circle,” Randall Fuller said, is a quote from one of the few dozen women invited to attend the weekly all-female salon hosted by Margaret Fuller starting in 1839 in Boston.

“They were conversations of 20 to 25 women,” Randall Fuller said. “They met every Wednesday at 11 in the morning and went for several hours, during which time they discussed classical history and philosophy. Margaret Fuller hoped to answer the following questions on behalf of the gathered women: ‘What were we born to do? How shall we do it?’ So these conversations were one of the earliest formations of feminism in the United States.”

It’s important to recall, Randall Fuller said, “just for context that this was a time when women had no access to higher education and often had no access to even a high school education. And so the conversations were educative. They were was community-based. They were a way for women to discuss the Greek and Latin they were teaching themselves to read and to talk about works of art that they didn't have access to. And finally, they were a way for them to get involved in the feminist and abolitionist movements.”

The “Bright Circle” refers to some of the deepest thinkers among them.

“My bright circle is five women that I think are really extraordinary for the way they propelled the transcendentalist movement,” Randall Fuller said.

Ralph Waldo Emerson’s aunt, Mary Moody Emerson, has a 1,100-page spiritual autobiography that is still in manuscript, according to Randall Fuller.

“It is slowly being transcribed, but it is a thing that has yet to be really studied much,” he said. “Elizabeth Palmer Peabody’s writings and Sophia Peabody Hawthorne’s writings and Lidian Jackson's writings have been very little studied. And the more you look at them, the more you see how incredibly important they were for generating ideas that more public figures like Ralph Waldo Emerson and Thoreau would later adopt and use and transfigure in their own writing.”

The women were trailblazers, Randall Fuller said, citing Margaret Fuller as “the first female columnist for an American newspaper and then the first female international reporter in the United States.”

Sophia Peabody Hawthorne, he said, “was the first woman in America to make her living as an artist. ... She wrote a three-volume journal about Cuba, which is really the first literary expression of transcendentalism that we have. But she is only famous now for having been the wife of Nathaniel Hawthorne. Similar to her is Lidian Jackson, who also was ahead of her time, intellectually and artistically, but who is now known primarily as the wife of Ralph Waldo Emerson. With those last two, I'm trying to sort of peel away the fact of their marriages and to show what kind of thinkers and artists they were on their own.”

Transcendentalism remains important, Randall Fuller said, because with its optimistic belief in the moral progress of humankind, “it has provided American culture with an enormously powerful narrative, with both positive and also deeply negative ramifications.”