LAWRENCE — People who make careers of public service may cite many motivations for choosing their work, including loyalty to institutions and parties or the desire to shape public policy. A new University of Kansas study shows that is not the case in Iraq, a nation unique in the upheaval, violence and government transitions its citizens have experienced. There, a commitment to self-sacrifice is the top motivation for working in public service.

Researchers conducted a survey of hundreds of Iraqi citizens working in public service agencies and found they consistently listed self-sacrifice and a desire to serve their fellow citizens as their top motivation factor. A debate has taken place in public affairs research in recent years whether a love of institutions or self-sacrifice is the primary foundation for public service, and in the case of Iraq, the latter is true, the study found. 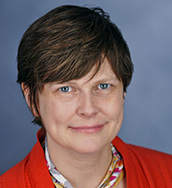 Bonnie Johnson, associate professor of public affairs & administration and director of the Urban Planning Program, co-wrote the study with Dhirgham Alobaydi of the University of Baghdad and Jonathan Templin of the University of Iowa, formerly of KU. It was published in the Journal of Contemporary Iraq & the Arab World.

Alobaydi, a native of Iraq, was familiar with Johnson’s public service motivation, or PSM, work with U.S. city planners, and he approached her about applying the research to Iraq. 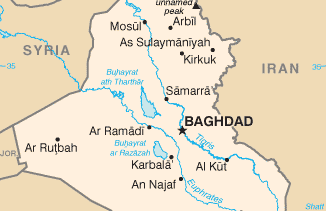 “Having a measure you can use to compare motivations across so many countries is kind of amazing. It comes from a time when researchers foresaw baby boomers retiring and leaving public service,” Johnson said. “They wanted to understand what motivated people to go into public service as a career. This public service motivation research has been done in over 70 countries, but not one like Iraq, where you have rapid change in government, violence and not a lot of stability. We wondered in Iraq, where there has been so much upheaval in terms of government, what it would show us about PSM.”

Alobaydi contacted human resource departments at rural and urban public service organizations throughout the country. Respondents consistently said self-sacrifice and helping their fellow citizens were their top motivations. Not only that, they said the work gave them peace of mind and helped them sleep at night. The nation has transitioned from a dictatorship to democracy while experiencing war, sectarian violence and unrest in the last 20 years. Unlike many nations in which such research has been conducted, love of institutions or faith in leaders was nowhere near the top of the list of motivations. Respondents did frequently say they felt a loyalty to their employer, but they meant the person or people they worked for, not to the government or institutions themselves.

Of the 70-plus nations in which the public service motivation research has been conducted, the vast majority are in Western societies and those that have had long-term government stability and traditions of public service. Very few have researched developing countries. Making this study unique was examining public service motivation in what the authors deemed Iraq’s “tough governance.” The findings open a window to public service motivation in similar situations. In Western societies and those which have had long-term government stability, dedication to institutions is much more common as a motivation. The Islamic philosophy "ehsan," was surely at play, researchers said, because it states “everything in the universe derives its legitimacy from facilitating the interaction and growth of human beings to the betterment of society.”

“That sounds an awful lot like the self-sacrifice and desire to serve your fellow citizens portion of public service motivation,” Johnson said.

The findings were also unique in that results were consistent across regions, which contradicts reports of a divided Iraq.

“What is significant is the fact that it’s there. Public service motivation is there in the form of self-sacrifice, where you don’t have the stability of government but do have people who are trying to do their best and to serve the public,” Johnson said.

Photo: The Tigris River in Baghdad, 2016. Credit: Department of Defense, via WikiCommons.