LAWRENCE — Thirty years ago, authors in the University of Kansas School of Social Welfare published an article that formalized and named a burgeoning movement in social work: Focusing on people’s strengths to help them solve problems. Now, KU authors have edited a new book celebrating three decades of that influential model: the strengths perspective. 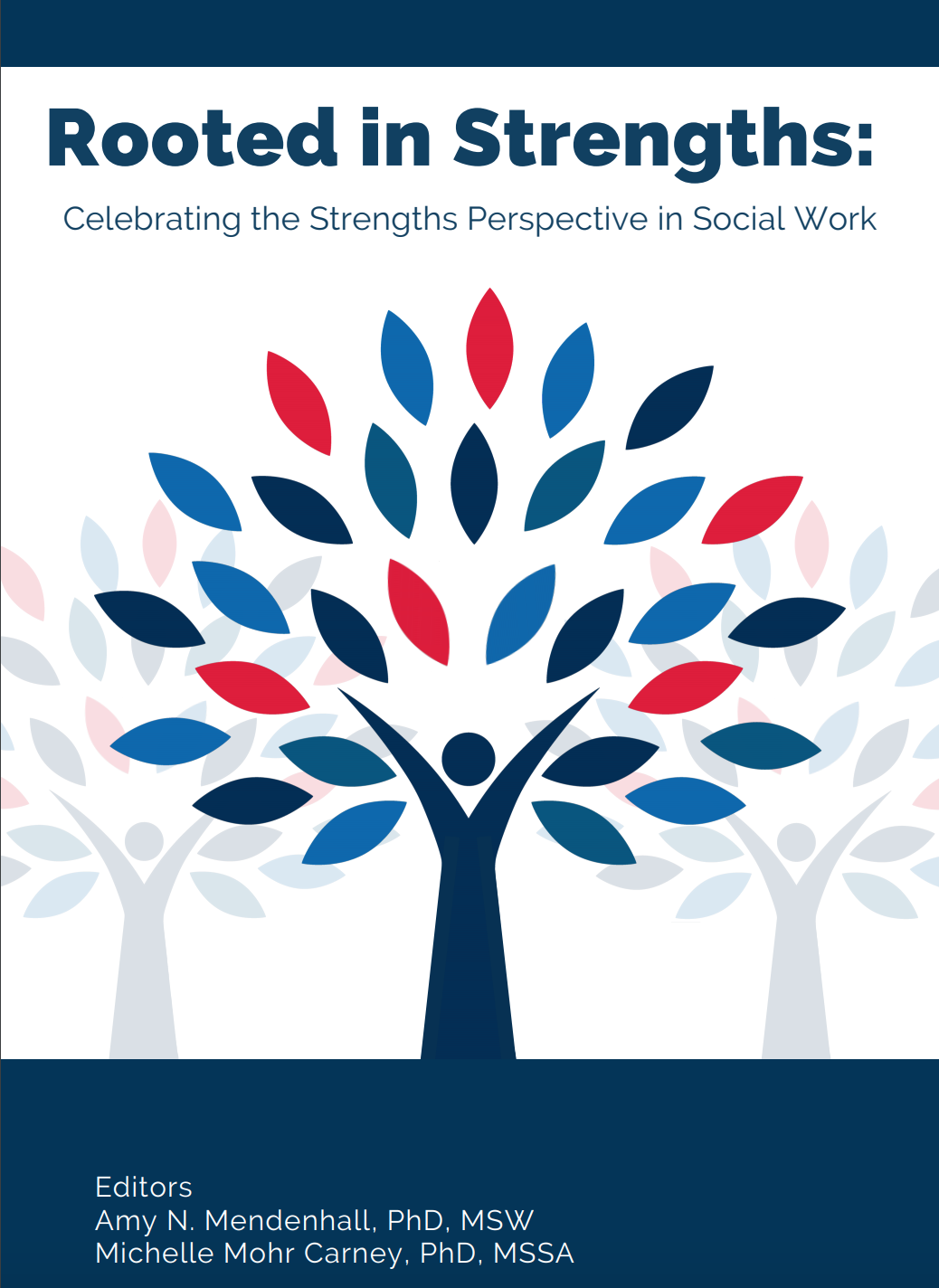 “Rooted in Strengths: 30 Years of the Strengths Perspective in Social Work” will be published in April and made available free to anyone online at kuscholarworks.ku.edu. The book, edited by Michelle Mohr Carney and Amy Mendenhall, dean and associate dean of KU’s School of Social Welfare, gathers chapters from scholars around the world in how the Strengths Perspective has influenced their research, teaching and service. Jenni Atwood, KU School of Social Welfare research office manager, is the book's managing editor.

In 1989, former KU Social Welfare Dean Ann Weick and several colleagues published the seminal article “A Strengths Perspective for Social Work Practice.” The article reframed how social work can serve people and communities. Since its inception, social work had approached problems from a deficit mindset: assuming the problem was the main focus and prioritizing how to fix it.

“The Strengths Perspective emphasizes the human capacity for resilience and resourcefulness and recognizes the need for individuals and communities to form and achieve their own goals and aspirations,” Mohr Carney and Mendenhall wrote in the “Rooted in Strengths’” preface. “While acknowledging the difficulties that clients experience, the Strengths Perspective reframes obstacles as challenges, opportunities and motivators for change, and places social workers as collaborators with clients, their families, and communities in the change process.”

“When we realized it was the 30th anniversary of the emergence of the Strengths Perspective from within our school, we wanted to do something to mark it,” Mendenhall said. “The perspective has been so influential, we said, ‘What about a book?’ A lot of our scholars’ work is very applicable to the practice, so we wanted a book that would be available to anyone.”

The editors collaborated with KU Libraries, widely recognized as leaders in open access to research. The libraries are making the book available for free online. They are also partnering with Jayhawk Ink, a bookstore in the Kansas Union, to make print copies available for purchase on demand. The book’s publication will also be celebrated as part of KU’s Social Work Day, an online conference scheduled for April 17. More information is available at http://socwel.ku.edu/swd2020, and registration is required by Friday, April 10.

“KU Libraries have a strong tradition of supporting open access to research. In keeping with that tradition, the Digital Publishing Services unit is pleased to help our colleagues at the School of Social Welfare make this book a reality,” said Marianne Reed, digital initiatives manager for KU Libraries. “By making it publicly available online through KU ScholarWorks — at no cost to readers — this important research will be accessed and read all over the world.”

The book opens with a reprinting of the seminal article, including a reflection from Charles Rapp, one of the original authors and a former faculty member in the KU social welfare school. Authors then share how the Strengths Perspective has influenced and guided them in their work. In four sections, authors write about the perspective in education, macropractice, micropractice and in practice with specific populations.

The book’s section on education features chapters not only on how it has influenced teaching, but how teachers can use the perspective to focus on their students’ strengths in maximizing their education. The macropractice section discusses how the perspective can be used when working with large groups such as governmental agencies and companies, as well as in policy and advocacy work. The micropractice section discusses the perspective’s role in working with people one-on-one, and the final section examines how it can be used with specific populations. For example, Megan Paceley, assistant professor of social welfare at KU, contributed a chapter on shifting from a focus on risks among LGBTQ+ youths.

“The Strengths Perspective is a very broad scope people can use to frame their work in a wide array of ways,” Mendenhall said. “We wanted to capture that. It’s one of the first things students learn in a social work program now, but it didn’t used to be that way. Our school had a key role in formalizing it and then disseminating it through research and practice in the field. We’re very proud of that.”