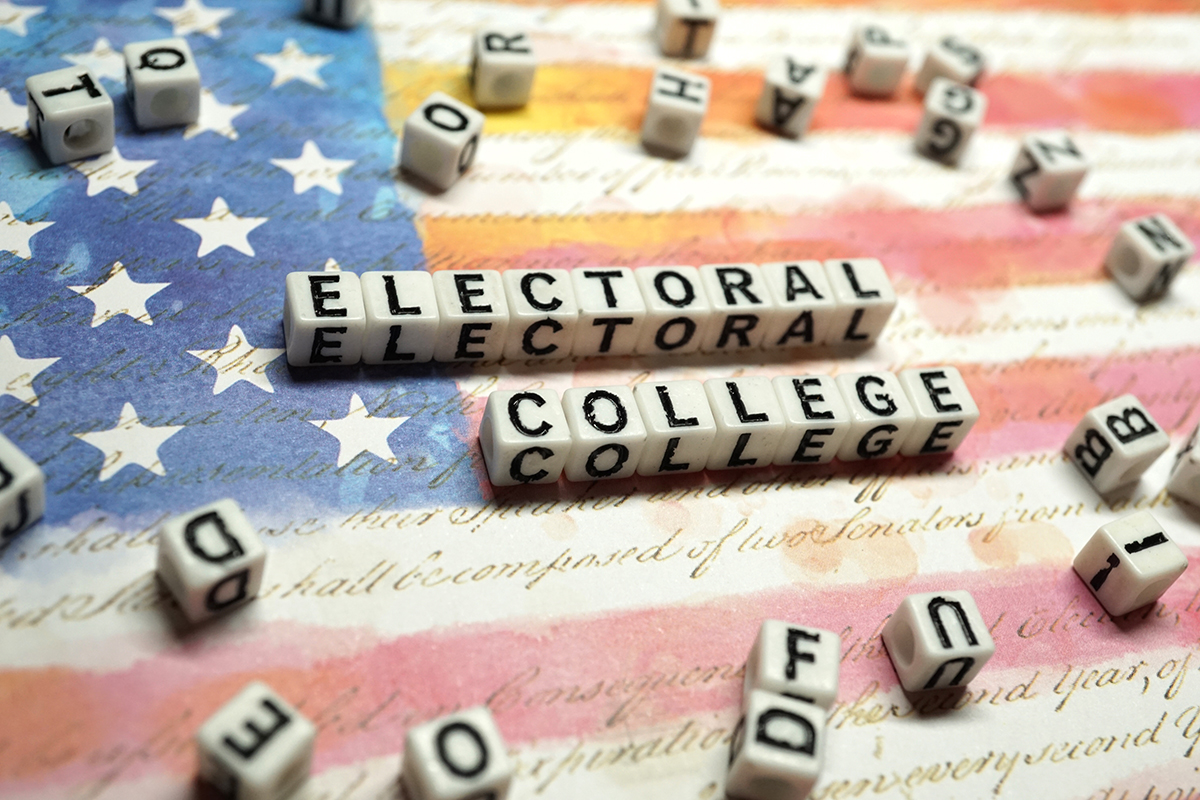 LAWRENCE — Even though two of the last three U.S. presidents were elected without earning the popular vote, the Electoral College still remains the method used for selecting the national leader. But a new book titled “The Twenty-Eighth Amendment? Beyond Abolishing the Electoral College” (Gatekeeper Press) details a strategy for replacing this antiquated system. 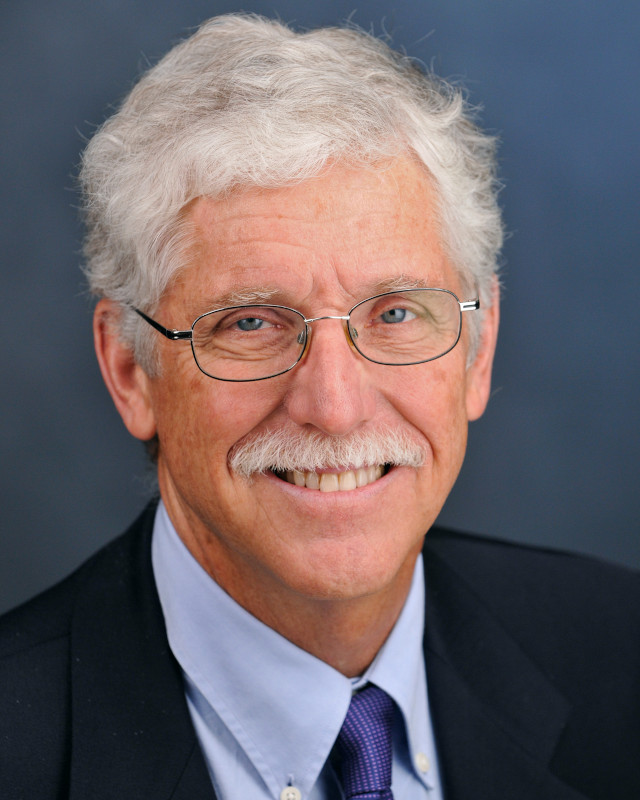 “It’s a memoir in the sense that the book goes through the evolution of my thinking about how we choose the president, beginning in 2000 and reignited after the 2016 election,” said Paul Schumaker, professor emeritus of political science at the University of Kansas.

Schumaker writes, “The Electoral College was adopted by the framers of our Constitution as a method of ensuring our presidents would be well-qualified statesmen.”

Yet it elected a president with zero political experience in 2016. Why?

“The framers intended that the electors in the college would be more informed and intelligent than the average citizen. They would consider only the most highly qualified candidates from throughout the country. They did that for the first 30 years — the first six presidents were all blue bloods and really experienced political leaders by contemporary standards,” he said.

Then a series of things happened (roughly coinciding with Andrew Jackson’s presidency) that involved changes in what Schumaker calls “our unwritten constitution.” 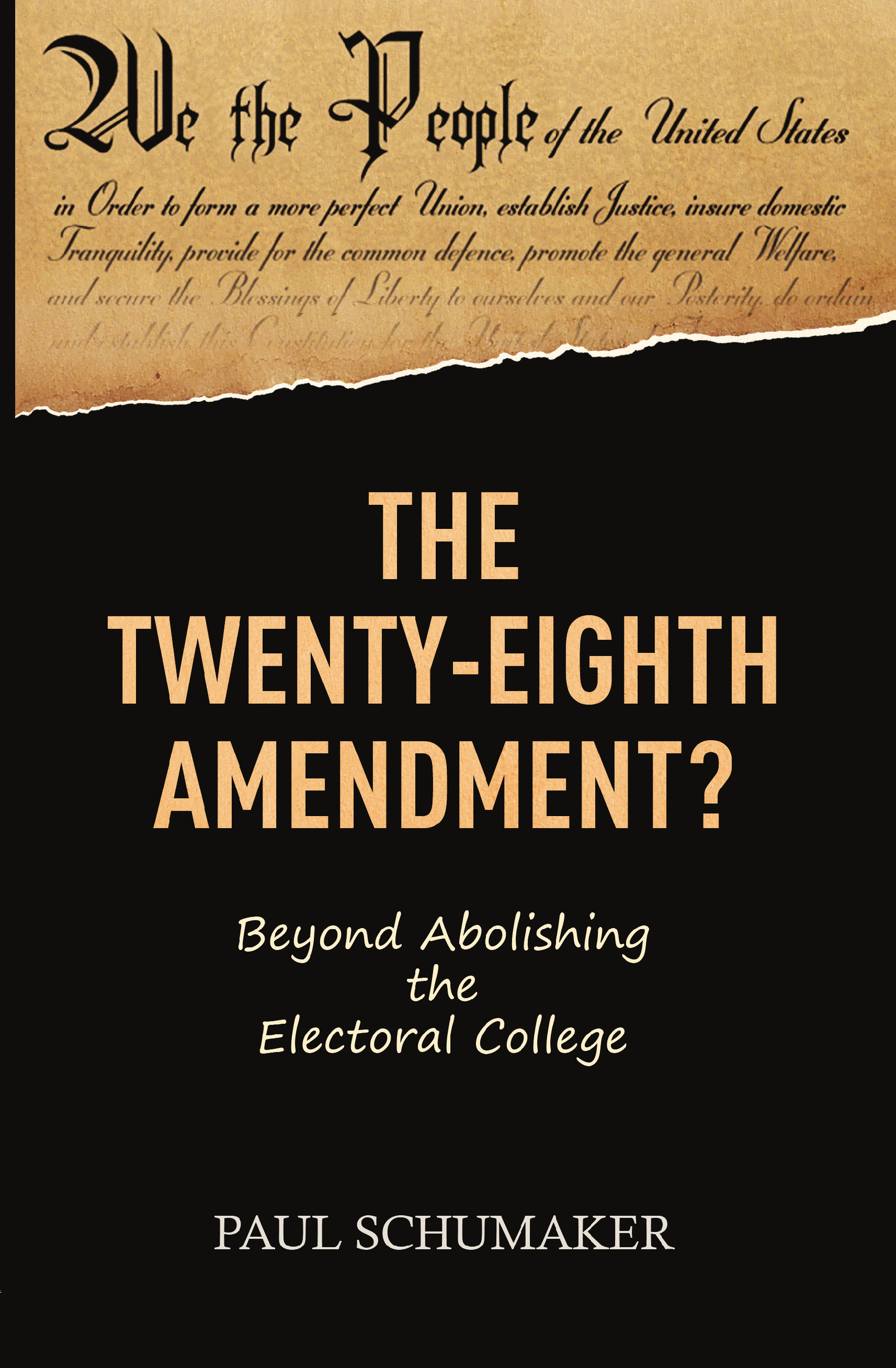 “Democratic norms evolved that called for, and granted, ordinary citizens having a greater role in selecting the president,” he said. “We also had the development of two political parties, and they took over the nomination function from the electors in the college as early as 1796 and provided voter cues to the newly enfranchised citizens by 1832. The states adopted winner-take-all rules to enhance their role in determining the president.”

The 2016 election added fuel to the argument that the Electoral College was not only undemocratic and outdated but unsafe and vulnerable to foreign interference. Yet Schumaker said well-intended corrections could prove risky.

“The hot proposal now is a National Popular Vote Interstate Compact. I think it’s a mistake that could engender widespread confusion and distrust among citizens and provide inadequate protection against the rise of ideological demagogues. I wanted to come up with an alternative that respects our Constitution rather than doing an end-round around it.”

After laying out his alternative, which calls for two national elections initially involving approval ballots and then rank-order ballots, Schumaker proposes three scenarios for what could come next.

The first scenario admits that the most likely result will be that his recommended reforms come to nothing.

“The second scenario imagines that 20 years is about the right timeframe for the younger generation to say, ‘Enough of this,'” he said.

“There could be what I call a democratic movement. Not the kind of movements that we’ve had in the past 60 to 70 years, which were about identity politics, but rather about the equal political rights that must be provided to each American citizen regardless of their social identity or where they live.”

The professor also offers a third fantasy solution involving this year’s election that would provide the impetus for adopting a new procedure.

“I can imagine a crisis so profound that it will throw the American system into chaos. There might not be a resolution on November 3 because the Electoral College will not produce a winner,” he said.

Under the constitutional system, if the Electoral College doesn’t reach a majority, the outcome would be decided by the House of Representatives. But this contingent election may also be unable to resolve the matter. His third scenario envisions a grand compromise at this stage that includes provisions in which both congressional Democrats and Republicans agree to replace the Electoral College.

Schumaker spent 45 years at KU establishing his expertise in community politics and political theory. He also wrote a number of books, including “Choosing a President: The Electoral College and Beyond” (with Burdett Loomis), “Critical Pluralism, Democratic Performance, and Community Power” and “From Ideologies to Public Philosophies.”

He considers “Twenty-Eighth Amendment” his favorite among the books.

Ironically, it was the 2016 election that convinced him to retire.

“I was so flummoxed by that result. It just violated so many things I assumed to be true about American politics: How elections worked, how gatekeepers kept demagogues out of the White House, what the American public expected from their political leaders. I just couldn’t explain the outcome to my students, so it spurred me into retirement.”

Because of the timeliness and magnitude of this topic, Schumaker chose to write a book for the general public that wouldn’t get hung up by the academic review process.

“I hope ‘Twenty-Eighth Amendment?’ stirs up enough interest that there will be a discussion in Congress and among the public about how reforms resembling my proposal are the way to go, and in time these changes would be ratified by the states and a constitutional amendment would go into effect,” he said.

Search options »
Subscribe to KU Today
KU in the news
KSHB — Tue, 06/23/2020
Kansas and Missouri schools offering courses on pandemic
St. Louis Public Radio — Tue, 06/23/2020
COVID-19 treatment developed in St. Louis to begin human trials
“When you cut the budget, you have to cut positions for workers, and that further compounds the recession that we’r… https://t.co/S2k1MEhwM3
«»
Follow us on Twitter »
Why KU
Apply »
One of 34 U.S. public institutions in the prestigious Association of American Universities
44 nationally ranked graduate programs.
—U.S. News & World Report
Top 50 nationwide for size of library collection.
—ALA
5th nationwide for service to veterans —"Best for Vets: Colleges," Military Times