LAWRENCE — Four University of Kansas students who have been actively involved in undergraduate research during their university careers are competing for Barry M. Goldwater Scholarships, regarded as the premier undergraduate award to encourage excellence in science, engineering and mathematics.

The students’ applications are coordinated by the Office of Fellowships in Undergraduate Studies.

Sixty-seven KU students have received Goldwater scholarships since they first were awarded in 1989. Congress established the program in 1986 in tribute to the retired U.S. senator from Arizona and to ensure a continuing source of highly qualified scientists, mathematicians and engineers.

The Goldwater Foundation trustees will announce the 2020 winners in late March. The scholarships cover eligible expenses for undergraduate tuition, fees, books and room and board, up to $7,500 annually. Each year the trustees award about 450 scholarships.

Only sophomore- and junior-level students with outstanding academic records, significant research experience and high potential for careers in mathematics, the natural sciences or engineering were eligible for nomination. Nominees submitted applications that included essays related to the nominee’s career goals and three faculty recommendations. The campus nomination committee is chaired by Mikhail Barybin, professor of chemistry. Students interested in applying next year should contact campus representative Anne Wallen, program director for the Office of Fellowships.

All the nominees are members of the University Honors Program. Brief descriptions of their research experience and career plans follow. 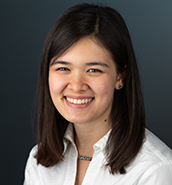 Myra Dotzel, from Chesterfield, Missouri, is the daughter of Ronald Dotzel and Qiang Dotzel and a graduate of Parkway Central High School. Dotzel is double majoring in computer science and mathematics with a minor in visual arts. She conducts research in the lab of Suzanne Shontz, associate professor in the Department of Electrical Engineering & Computer Science, developing a framework for high-order meshing to be used in improving methods of imaging the human heart. She has presented research at several conferences, including the Society of Industrial and Applied Mathematics’ Conference on Computational Science and Engineering 2019 and the 28th International Meshing Roundtable, a premier conference on mesh generation. 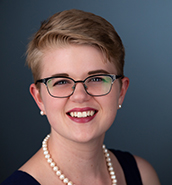 Angelica Lang, from Manhattan, is the daughter of Dennis and Elaine Lang and a graduate of Manhattan High School. Lang is majoring in molecular, cellular & developmental biology and minoring in psychology. In 2019 she was selected for the Beckman Scholars Program, a 15-month program designed to enrich the development of young scientists. Lang started conducting research at Kansas State University when she was still in high school. Since her freshman year at KU, she has been conducting research in the lab of Erik Lundquist, professor in the Department of Molecular Biosciences, studying a novel role for the basement membrane in neuronal migration. Lang also completed a National Science Foundation Research Experience for Undergraduates at the University of Idaho. 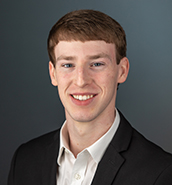 Jonah Stiel, from Topeka, is the son of Debbie Stiel and Steve Stiel and a graduate of Washburn Rural High School. Stiel is majoring in chemistry. In 2019 he was selected for the Beckman Scholars Program, a 15-month program designed to enrich the development of young scientists. He began conducting research in the lab of James Blakemore, assistant professor in the Department of Chemistry, while still in high school. His research focuses on environmentally beneficial catalysis. He is slated to present his research this spring at the National Meeting of the American Chemical Society in Philadelphia. He serves as a research ambassador for the Undergraduate Research Center at KU. 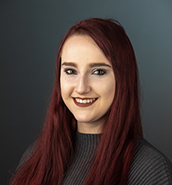 Collette Wright, from Overland Park, is the daughter of Carol Walters and Stanley Wright and a graduate of Olathe North High School. Wright is majoring in biochemistry and minoring in mathematics. Wright began researching with Aron Fenton, professor in the Department of Biochemistry & Molecular Biology at the University of Kansas Medical Center, while she was still in high school. Once she started college, she began working with Fenton’s colleague on the Lawrence campus, Audrey Lamb, professor in the Department of Molecular Biosciences. Wright is studying studying allosterism in a metabolic bacterial protein. Last year, Wright was awarded a Kansas IDeA Network for Biomedical Research Excellence (K-INBRE) scholarship.