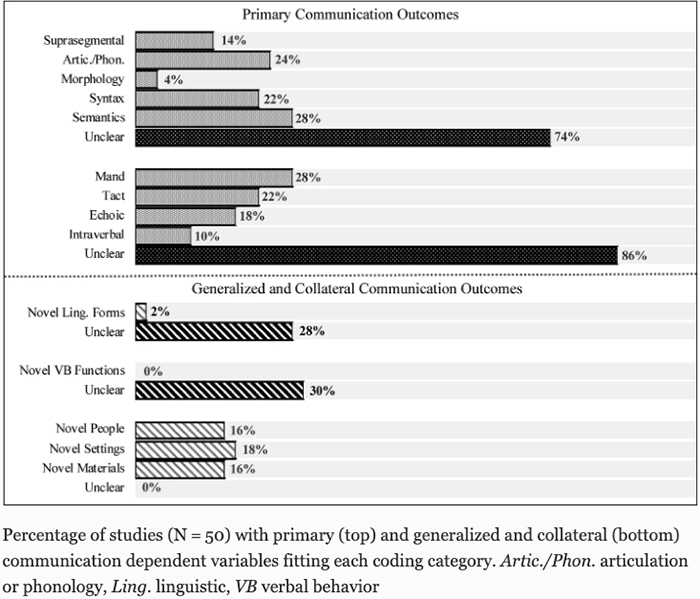 LAWRENCE — A popular and respected intervention for young people with autism may not necessarily result in the benefits often claimed, especially in improving communication skills, researchers at the University of Kansas have found. While pivotal response treatment, known as PRT, can be effective in improving certain skills, a review of published research on the treatment has shown evidence does not support claims that it improves untaught communication skills.

Young people with autism frequently have difficulty with communication in many aspects, including speech, grammar, vocabulary and others. PRT researchers have long claimed the method not only helps a child learn to make requests, for example, but produces additional or “collateral” benefits in other, untaught communication skills as well. KU researchers analyzed 50 peer-reviewed articles on PRT and found that results were often aggregated and claims of collateral improvements in untaught communication skills were not supported.

“I was interested in PRT because there wasn’t anything that told me what specifically was improved by it. That kind of information is necessary for a professional to decide when and how to apply a communication intervention,” Forbes said. “We wanted to know what sounds and words were improved, for example, what children learned to say, and what motivated them to say it.”

PRT is often studied by first testing students with autism on various communication skills, followed by an intervention and post-test. Scores generally improve, but they don’t show whether and how different skills improved individually, such as asking questions, making comments, vocabulary and others, Forbes and Travers said. That results in teachers and other professionals not knowing when to use PRT and incorrect expectations that it will automatically improve untaught communication skills.

“Teachers are not necessarily interested in test scores based on average children because they want to help an individual with autism improve in specific areas. The PRT research indicates that it benefits learners with autism, but it was not always clear what specifically improved,” Travers said.

The researchers emphasized they are not claiming PRT does not work or is without benefits. Rather, they said research has not shown specifically what of many possible communication benefits are realized with PRT and that collateral benefits in untaught communication skills cannot be assumed. For that reason, they said researchers studying PRT need to be explicit in what improvements were shown, avoid aggregating findings where procedures and outcomes were different, and include specific details about individual participants and context of their studies. Those details would reveal how personal profiles relate to any potential targeted and collateral benefits of PRT.

The researchers also said that teachers and practitioners utilizing PRT need to be diligent about evaluating the effects of PRT in their classrooms by defining what specific skills they want students to learn and closely measuring each individual’s response. Avoiding assumptions that students will improve multiple skills, that it will work for everyone, or that PRT is all that is needed for improvement is also important, they added.

“Our findings indicate more direct evidence is needed to support claims that PRT results in untargeted communication responses of varied linguistic forms and verbal behavior functions,” the authors wrote. “Such evidence would better inform professionals who use PRT to improve communication skills of learners with autism spectrum disorder.”