LAWRENCE — Dec. 7, 1941. The Japanese attack on Pearl Harbor. A date which will live in infamy.

But what few people understand is the attack wasn’t limited to Hawaii, and it didn’t actually end Dec. 7. 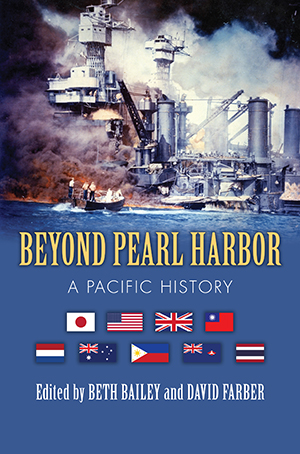 That’s the impetus for a new book titled “Beyond Pearl Harbor: A Pacific History,” which brings together 11 renowned scholars who reinterpret the events, politics, strategy and results of that military campaign and why many of its stories have been overlooked. The book is the brainchild of editors Beth Bailey and David Farber, who are both professors of history at the University of Kansas. And they’re married to each other.

“It wasn’t so clear at the moment that Dec. 7 was a date that would live in infamy,” Farber said. “That was Franklin D. Roosevelt’s summation a day later. In those first 24 hours, Americans were trying to understand, ‘Was this a war on us? The homeland? The Pacific empires of European and Asian countries? Was this a war in which we would even participate?’”

The historians claim that what Americans of today believe to be a galvanizing rallying point is based on a skewed received narrative. It ignores the nearly simultaneous attacks on Guam, Wake Island, Philippines, Thailand, Malaya, Singapore and Hong Kong.

“Newspaper headlines that appeared across the nation before FDR spoke portray the event in all sorts of ways,” Bailey said. “Hawaii isn’t always the most important place. Sometimes it’s not even mentioned. Sometimes the focus is on Guam or the Philippines. That this was an attack on Pearl Harbor, a ‘stab in the back’ — that wasn’t Americans’ initial understanding.”

“Beyond Pearl Harbor,” which will be published July 24 by University Press of Kansas, had its origin several years ago during a conference organized by the couple. Bailey runs the Center for Military, War and Society Studies. Every year she organizes an event, and this one sprung from a gathering on the occasion of the raid’s 75th anniversary.

“We tried to find the best-known international scholars on the various nation-states and colonies involved in the Pacific War. And we asked if they wanted to come to Lawrence, Kansas, to have a conversation,” she said of the group, which included participants from Japan, China, England, Australia and the Netherlands.

After short presentations and conversations, the theme of what would become the book emerged. 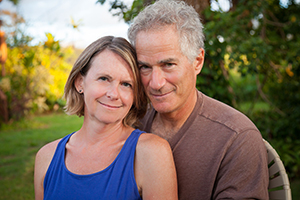 “That’s why the university is a great spot,” said Farber, a Chicago native. “We didn’t just read papers to each other and then go away. A dozen scholars came together, spent two hard days thinking out loud with one another and, possibly, rewrote how people will think about the origins of World War II in the Pacific.”

Bailey, a native of Atlanta, said one of her favorites of the 10 essays is titled “American Lives: Pearl Harbor and War in the U.S. Empire” by Daniel Immerwahr of Northwestern University. In it he recounts the strikes on the U.S. territories of Midway, Wake Island, Guam and the Philippines, probing the question, “Why have the Japanese attacks of December 7/8 been metonymically reduced in public memory to a single event?”

Indeed, in the American colony of the Philippines, casualties were in the tens of thousands. The war essentially destroyed Manila.

“The United States didn’t come to the rescue of its own colony because its people were not seen as American,” Bailey said.

Farber added, “It was all about whose lives matter. Why did Filipino lives matter less, for example, than the lives of people in Hawaii?”

The chapter “Pearl Harbor and the Asian Cultural Turn” by Ethan Mark of Leiden University in the Netherlands is Farber’s top pick. Here, Mark explores how the population of the Dutch East Indies (modern Indonesia) reacted.

“The scholar who wrote that piece is a brilliant guy, and he was able to capture that sense of uncertainty in the Asian world through the eyes of Indonesians trying to figure out what’s next,” Farber said. “The nationalists weren’t sure which way to turn. Was Japan the future? Was the United States the future? Which represented the way Asia should go?”

In addition to the introduction and prologue, Bailey and Farber contribute a chapter exploring the different strikes on territories that included ones controlled by other nations.

They write: “Within days of the attack, Americans began to distinguish between their need to restore empires and defend allies in the Pacific and their desire to protect ‘America’ — a term open to debate on racial, geopolitical and historical grounds.”

Bailey and Farber both came to KU four years ago. She’s an expert in U.S. military, war and society as well as history of gender and sexuality. His expertise encompasses modern U.S. history. They’ve been married for 34 years.

“Scholars today talk about the importance of taking transnational and international approaches to better understand how events connect and affect people across national boundaries,” Farber said.

“Exactly what this conference was about: recreating the origins of World War II by looking beyond each nation-state and seeing the Pacific as the geographical realm of importance. So we think it was a kind of disciplinary breakthrough.”