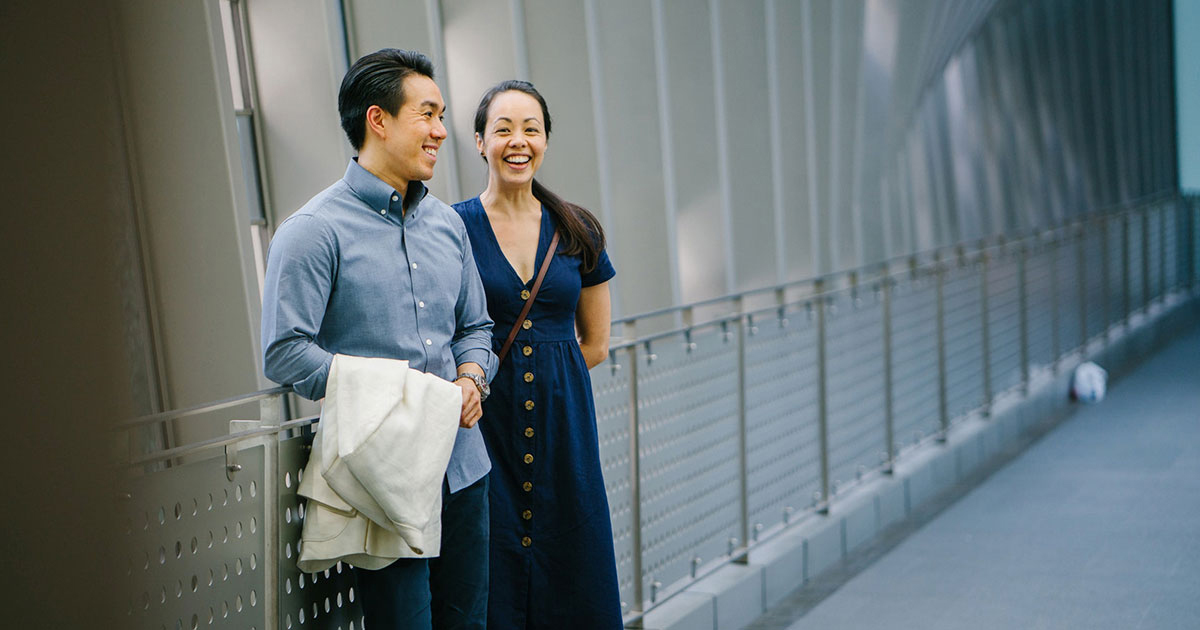 LAWRENCE – Yes, women expect men who are courting them to make them laugh. But a woman who can make her partner laugh is equally, if not more, important to the guy’s long-term happiness in the relationship.

That is the implication – though a switch from traditional gender roles – of a new study of the value of humor in long-term relationships.

This new research by Jeffrey Hall, University of Kansas professor of communication studies, was published in the May edition of Humor: The International Journal of Humor Research. His work attempts to tease out the role of laughter in romantic relationships.

Previous studies have shown that, while dating, women value a man who can crack jokes and show wit more than men appreciate a woman’s jocularity. And yet, through his meta-analysis of 10 prior studies with more than 2,100 people in long-term relationships, Hall came upon a surprising twist.

“The real kicker,” Hall said, “is something that's called a partner effect, which happens when one person’s humor is associated with their partner's contentment. In this case, the association between one partner’s tendency to joke and their partner’s satisfaction was moderated by sex, but in an unexpected direction. The wives of men who report producing a lot of humor were a little bit satisfied. But the husbands of women who report producing humor were significantly more satisfied. That means that in the courtship stage, women are overvaluing men's comedic skill while men are undervaluing women's, when it comes to projecting what's likely to happen in a long-term relationship.”

In the second part of the paper, Hall surveyed 123 couples who’d been married an average of 12 years. They were asked who does more of the joking in the relationship, how much they appreciated their partners’ sense of humor and whether humor was important to their relationship. Both men and women saw humor as a central part of the relationship, no matter who did more joking around, when they appreciated their partners’ sense of humor.

What, then, accounts for this change from courtship to marriage?

Hall ultimately favors an explanation that focuses on humor’s role in “facilitating bonding, fostering inclusion and signaling playfulness,” which are cherished by men and women alike. He attributes the value placed on humor during courtship as evidence of a traditional sexual script. “When men play the role of comedian and women the role of audience,” Hall said, “both are performing gender-prescribed roles to show they are interested in the conversation continuing.”

Whatever the reason for the reversal of gender roles, when it comes to humor, great repartee with your partner is key to long-term satisfaction.