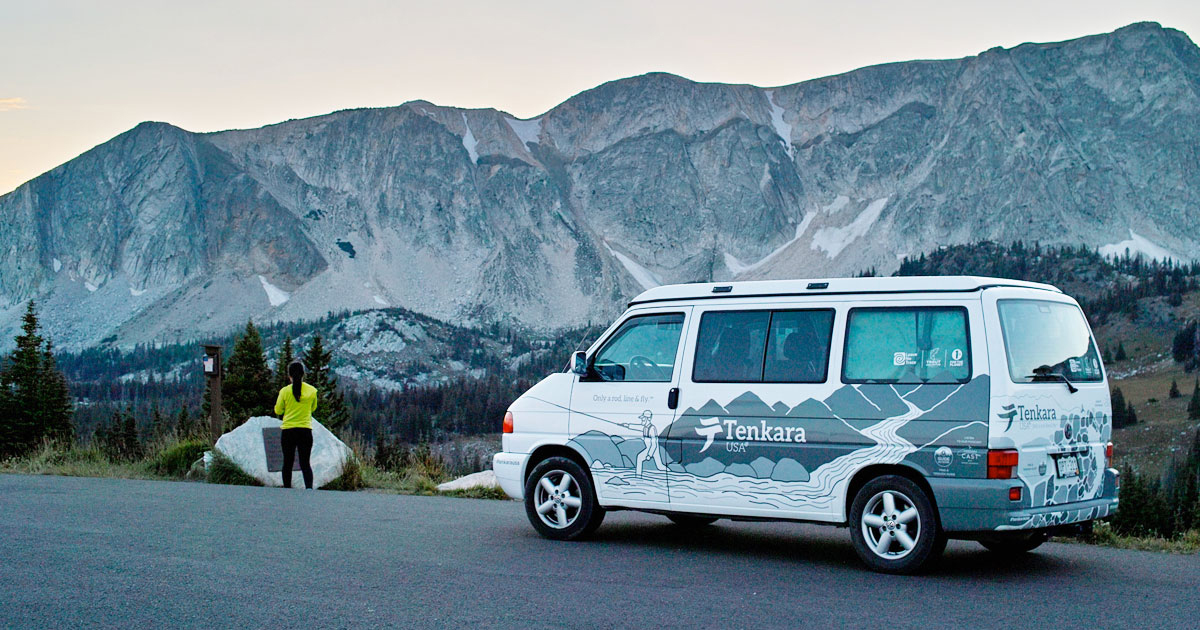 LAWRENCE – Sport fishing – think Bass Pro Shops, et al. — is a $100-plus-billion-a-year industry. So the size of the opportunity is one reason why a University of Kansas professor is working with a Colorado-based company to disrupt the industry and popularize a simplified style of fly fishing imported from Japan. 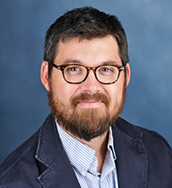 Jeremy Shellhorn, associate professor of design, is the official designer in residence for Tenkara USA. He designed and illustrated the 2017 book titled “Tenkara” (Tenkara Press), written by company founder Daniel Galhardo. Shellhorn and Galhardo have worked together to create packaging and other promotional materials for the 10-year-old company.

It all springs from Shellhorn’s love of the outdoors. He had been a traditional fly fisherman, using a fiberglass rod and reel.

“Whenever you've seen a fly fisherman, they're making these beautiful, elegant casts,” Shellhorn said. “I fell in love with the aesthetics of fly fishing. But what surrounds it is kind of an old man's club. It can get very complicated. I think a lot of people have maybe wanted to learn how to fly fish, but you go into a store and there's a lot of stuff you’ve got to buy. It can be a bit confusing and expensive, so there are certainly some barriers to people trying it.”

Tenkara, on the other hand, substitutes a longer, telescoping rod with a fixed amount of line on the end (thus, there is no reel) to achieve better results than a traditional fly-fishing outfit, Shellhorn said. The equipment is more portable, and the number and type of flies required in tenkara are minimal compared to traditional fly fishing.

“It's a very effective way to fish as well as it being much less expensive,” Shellhorn said. “And it's also much easier to learn how to do it. It's kind of like marrying fly fishing with cane-pole fishing you did as a kid.”

Shellhorn first encountered tenkara while visiting Rocky Mountain National Park a few years ago. He sketched some scenes and posted them on his website, where Galhardo came across them and contacted Shellhorn.

“Out of that came a conversation,” Shellhorn said. “He was looking to rebrand his company in a market that was very, very wary of tenkara. All of a sudden, you've got somebody coming in and saying, ‘Hey, you don't need all this stuff to go fishing.’ He really was a disruptor brand. And so, for me as a graphic designer and a visual communicator, I was really intrigued with how he was going to break into this market and communicate this different way of fly fishing to people.”

They settled on a subtle, even Zen, style inspired by Shellhorn’s line-drawing illustrations. They have carried it through from the brand’s identity itself to the product packaging, to point-of-sale advertising and a trade show booth, to the book Galhardo wrote to promote the sport.

Shellhorn said he’s proud of the way the book blends photographs and illustration “to visualize some of these tips and techniques. The fun part was to come up with a new and interesting way of doing that.”

Galhardo has also included QR codes throughout the book, linking to demonstration videos of certain aspects of the sport.

Shellhorn will show his art at the Tenkara USA booth at the big Outdoor Retailer Summer Market June 18-20 in Denver and at the Tenkara Summit July 27-28 in Boulder – the latter being the largest annual gathering of American tenkara anglers.

Shellhorn traveled with Galhardo to Japan last summer to soak up some tenkara knowledge from the sport’s old-timers. He found it inspiring.

“I discovered there's a rich visual culture that surrounds it,” Shellhorn said. “So to get to go there and meet some of the people that practice and teach tenkara and see some of the traditional crafts that surround it, I think that will be the next step – to come up with a book about the art and design of tenkara.”