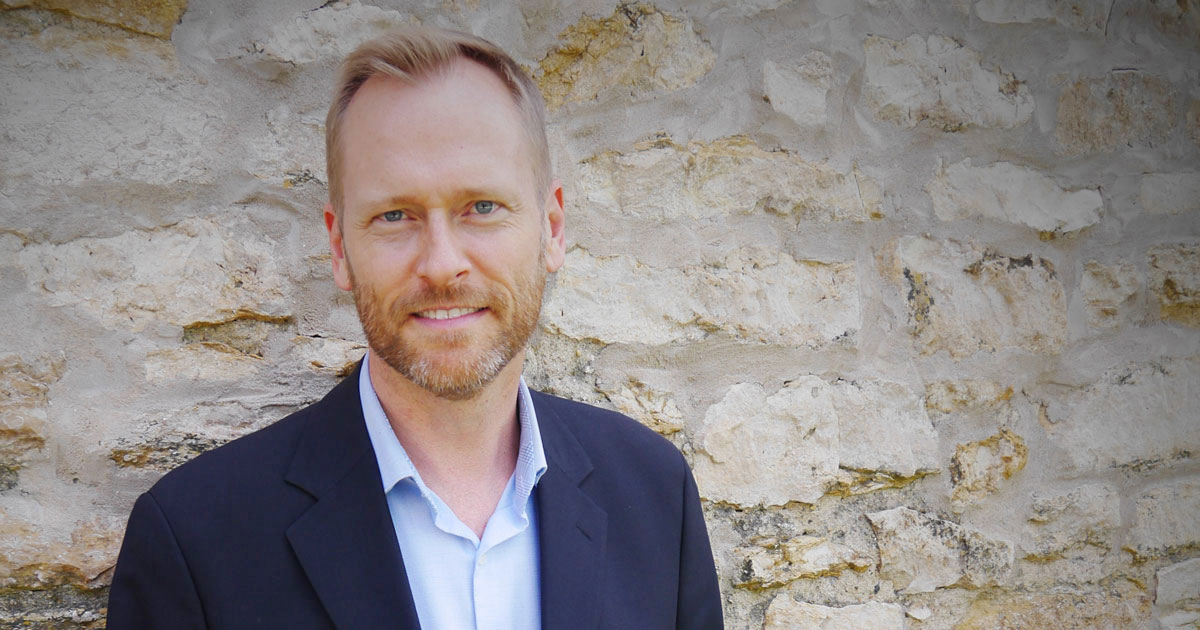 LAWRENCE – Several years ago, when he was supposed to be composing a work on commission, University of Kansas Professor of Music Composition Forrest Pierce came full stop.

“During a period of grief, I found myself unable to compose,” he said. “The work I had been attempting, a setting of St. Francis of Assisi's "Cantico delle Creature," required too much praise … too much presence for me in my hollow condition.”

Instead, he said, “I found myself thinking of my homeland in the West and the otherworldly wilderness embodied in the writing of Gary Snyder. A poem from Snyder's collection ‘Turtle Island’ called ‘A Prayer to the Great Family’ opened a window onto the same universe of beauty revealed by St. Francis. Its words of simple gratitude became a kind of sutra for me, a discourse on the generous beauties that sustain us on this voyage around the sun.”

The 13-minute choral work that emerged from his contemplation, “Gratitude Sutra,” has now been released on CD by San Francisco-based Volti, a 16- to 24-member chamber choir. The recording of six compositions, most commissioned by Volti, is titled “The Color of There, Seen From Here” (Innova Records, 2019). Pierce will be among the honored guests when Volti performs works from the CD at a gala celebration of the group’s 40th anniversary May 4.

In India’s literary tradition, a sutra is a text composed of a series of aphorisms. Pierce, who hails from eastern Washington, said he has long been an avid poetry reader as well as a seeker of wisdom from Eastern spiritual traditions and that Snyder’s poem simply came back up in his memory at the appropriate time.

“What happens for me is the text speaks to me,” Pierce said of his typical working method. “I look at the text. I internalize the poem. I oftentimes will memorize the poem, and I'll let the music of the words form their own patterns. Usually rhythms will come to mind, gestures will come to mind, or in the case of some of the texts in this poem, textures — the ways in which all of the different voices will be interacting with each other to create a particular sonic texture."

For instance, Pierce said, in the last movement of “Gratitude Sutra,” he was inspired by this line by Snyder: “Grandfather space, the mind is his wife.”

“I had this sense of a vast field of stars,” Pierce said, “and then I tried to figure out, ‘How do you get 24 singers to create a pointillistic field of texture over which some kind of timeless, sweeping melody begins to move?’

“And so, from there, it sort of builds itself up piece by piece, like an architect might design a building. You know that there's wall or facade or roof, but you're not thinking necessarily about every individual brick in the wall as you are conceiving of it. So large structures, large gestures, large textures, and then trying to figure out what are the materials that go into that.”

A former pianist and cellist, Pierce has composed nearly 200 works during his career, among them 50 for voice, including operas, choral works and solo song cycles.

“Gratitude Sutra” was his commission awarded for the 2012 Barlow Prize in Composition given by the Barlow Endowment for Music Composition at Brigham Young University. The prize requires each year’s winner to use a different instrumentation, and the year Pierce won, it was for a cappella choir.

“There's also a sectional quality to composing, in this piece in particular, where it's almost like a series of rooms that you're moving through, maybe in a gallery,” Pierce said. “I know that in this particular room — the one that's about gratitude to plants — the character and the color, the texture and the structure of this unit is going to be very different from the one for gratitude to the sun. How do they relate to each other across the long arc of the piece, and how do they abut each other in a way that sets off what's really beautiful about both of them?”

Pierce said he’s pleased with how “Gratitude Sutra” came out. He’s glad he embraced the Snyder text when he did, although he’s since revisited St. Francis in subsequent choral works.

“It seemed to me to be a very humanistic expression of gratitude,” he said, “that we fulfill our unique place in the cosmos, and everything that we encounter deserves our gratitude, regardless of source or origin, just for its self-sameness; just for its uniqueness.”