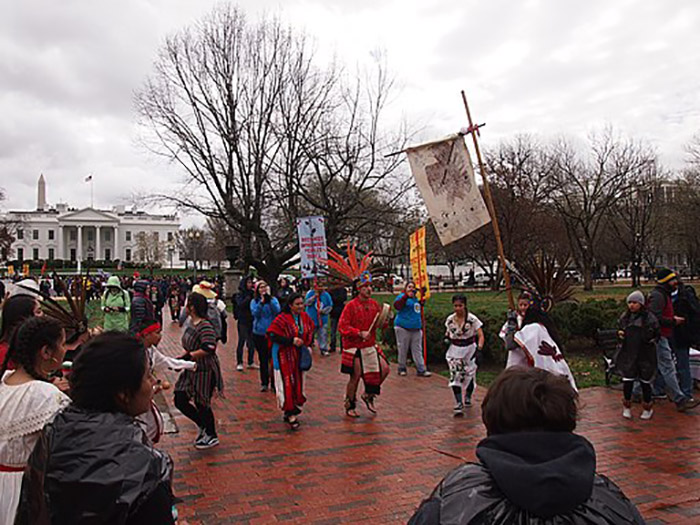 LAWRENCE — The protests at Standing Rock in opposition to the construction of the Dakota Access Pipeline brought international attention to energy development on tribal lands. But work from as long as 200 years ago has recently proven to be effective in helping tribes stop energy infrastructure development on sovereign native land. 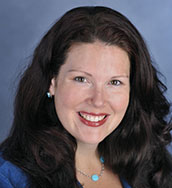 A University of Kansas law professor has written a study analyzing seven cases in which treaty rights have been upheld in courts or administrative bodies and prevented energy development in areas with legal ties to tribes opposed to the projects. Elizabeth Kronk Warner, KU professor of law and director of the Tribal Law & Government Center, examines the cases in an article published/forthcoming in the University of Connecticut Law Review.

The Dakota Access Pipeline case may have received the most attention in recent years, but it is only one of many such cases playing out across the country. Kronk Warner, a citizen of the Sault Ste. Marie Tribe of Chippewa Indians, analyzes four cases concerning coal terminals and three oil pipelines. In each case, courts ruled in favor of the tribes, finding that the agreements in treaties between the tribes and the U.S. government prevented such development. The tribes successfully argued such projects could harm their water, air and soil quality or impede on their rights to hunt, fish and gather food on the lands slated for development.

“For some tribes, the Earth takes on human qualities, so to pollute or damage the Earth for such work would be to commit a form of assault,” Kronk Warner said. “I was interested in how tribes have used treaties to halt that development. The biggest successes to date have been in the Pacific Northwest in slowing coal development.”

The article points out the Pacific Northwest is key territory for shipment of coal to Asia and other markets. Within the last decade, seven terminals were slated for construction on lands with tribal connections, and six were abandoned at the time of Kronk Warner’s writing, while the seventh was pending. Several of those abandoned were due to treaties guaranteeing tribes the rights to take fish in local waters. Increased pollution, traffic and related problems associated with energy development would threaten those rights, the courts and administrative agencies found.

“In coal cases, we can definitively show from these rulings that treaty rights played a role in various legal ways and helped the tribes that would be affected by these projects protect their sovereign rights,” Kronk Warner said.

In the cases of pipelines, water rights guaranteed by treaties have played a prominent role in halting such work. As all oil pipelines have failed to a certain degree, Kronk Warner said such a spill was not a question of if, but when, and therefore have significant potential effects on tribal treaty rights — especially for hunting and fishing.

In a similar case in Michigan, the Enbridge Pipeline runs under the Straits of Mackinac between lakes Michigan and Huron, and it connects the Upper Peninsula and rest of the state of Michigan. The pipeline has been falling into disrepair for many years, and developers proposed a major refurbishment akin to constructing a new pipeline. However, five tribes of the Chippewa Ottawa Resource Authority argued a spill would directly threaten their fishing rights established in an 1836 treaty. While the future of the project is not certain, the tribes successfully asserted their treaty rights to halt a project with which they had concerns, given the safety record of developers with oil spills.

While there has been a long history of treaty violations, especially by the U.S. government in terms of territorial issues, the recent rulings prove how effective treaties can be in protecting all manner of tribal rights, Kronk Warner said. To wit, the Supreme Court recently ruled in favor of the Yakama Nation in a case involving taxation and treaties.

The author also points out that treaties are not monolithic, and not all tribes have a uniform position on issues such as energy development. Some have even made energy development on their lands a priority and part of economic development strategies. Treaties that were negotiated in previous centuries were designed not just to protect people alive at the time of their signing but future generations as well. Those agreements still hold relevance today.

“I think these rulings are a perpetuation of tribes generally having good success protecting hunting, fishing and gathering rights. Tribes have recognized the successes of the past and are looking to how they can continue to protect their rights,” Kronk Warner said. “What I think is helpful about this article is it shows this isn’t just a one-off success here or there. There is a pattern of tribes successfully asserting their treaty rights.”

Photo credit: Wikimedia Commons. Protesters demonstrate against the Dakota Access Pipeline at the Stand With Standing Rock protests in Washington D.C. in 2017.

KU in the news
Newsweek — Thu, 01/16/2020
One of these NASA astronauts could be the first woman on the moon
The Los Angeles Times — Wed, 01/15/2020
Column: Trump’s China trade deal doesn’t even get us back to square one, despite immense cost
“Right now, in a lot of policy meetings or expert meetings, there is just way too much gray hair in the room and no… https://t.co/FqREUcC64E
«»
Follow us on Twitter »