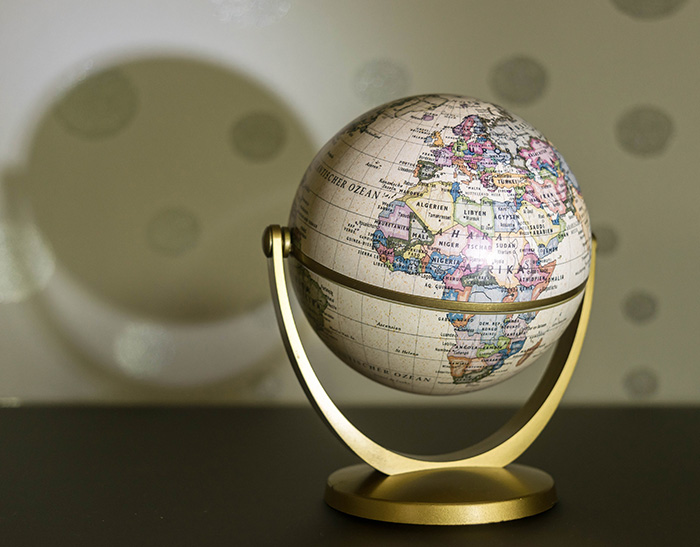 LAWRENCE — The world of international trade is changing rapidly, with the United States and trading partners levying new tariffs, while new free trade agreements are formed and others scrapped. In the midst of the ongoing trade upheaval, a University of Kansas law professor has examined how such agreements can help advance the rights of women and LGBTQ individuals around the world. 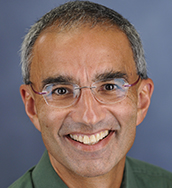 For the first time in history, a select few free trade agreements contain language about how women, LGBTQ and other minorities can have their human rights respected and advanced through trade. Raj Bhala, Brenneisen Distinguished Professor at the KU School of Law, co-wrote a two-dimensional examination of such clauses in recent agreements.

Bhala also has produced a new version of his acclaimed textbook for trade law students and treatise for those working in the field.

In what Bhala calls an “amazing evolution” for international trade law, some new agreements address the role trade can play in advancing rights of traditionally marginalized communities. He co-wrote the first scholarly examination of the protection clauses in free trade agreements with Cody Wood, KU law school graduate and attorney at Dentons LLP. Their article was published by the Georgia Journal of International & Comparative Law.

“The CPTPP (formerly Trans-Pacific Partnership) and new version of NAFTA both have provisions on women’s rights. The new NAFTA has LGBTQ+ protections as well,” Bhala said. “That’s the first time we’ve ever seen that in free trade agreements in the world. Cody and I were curious if they can be successful in securing protections for those communities in the workforce, and if so, how.”

Not all countries guarantee civil rights to oppressed communities, and in many nations, severe repercussions, including death, can befall LGBTQ citizens. With that in mind, Bhala and Wood performed the first examination of the civil rights clauses of the aforementioned agreements using a two-dimensional approach they developed to so-called “hard” versus “soft” law. First, in the textual dimension, they examined the grammatical makeup of the clauses. How the clauses are written, including the type of verbs and nouns used and how descriptions are written in the agreements and legal obligations they form, were analyzed. The authors then studied the structural dimension of the agreements to see if they have enforcement mechanisms such as disputes being taken to local courts, by countries suing each other or other means.

“We noticed the way the provisions are written are in what we call ‘soft law,’” Bhala said. “We think, institutionally, these free trade agreements are ‘hard law.’ The problem is in the grammar. They’re not written to give force to the provisions.”

The authors use the second part of the paper to argue how the agreements could be improved to guarantee civil rights for the communities in question. With research aides Viet Le and Lauren Johannes, both KU law students, the authors analyzed data sets on what have proved to be the most effective metrics that can be included in trade law and economic approaches to improve rights in the workforce for traditionally oppressed populations. While there is very little data available for helping improve life for LGBTQ individuals, there is a wealth of information on what has helped women around the world. The authors argue many of those steps could be taken to help others as well. They recommend focusing on specific variables in both structure and text of the agreements that could ensure the protections are guaranteed by hard law.

“We said, ‘These are the 10-20 variables that should be written into the law. We think these free trade agreements could be made harder law by improving the grammatical construction of the way the laws are written,'” Bhala said.

In addition to those variables, the authors argue the CPTPP, to which America is not a party (having withdrawn from TPP), and the United States-Mexico-Canada Agreement, which Congress has not yet ratified, could be improved to include hard law obligations, especially in the textual dimension. Specifically, that could be achieved by focusing on education, business capital, social capital and legal protection, they wrote.

Bhala said he hopes the argument presented in the article inspires more legal scholars to study how human rights can be advanced through international trade law. Most people, scholars and practitioners alike, are unaware that trade deals can and do contain such provisions, as they focus mostly on the business provisions therein. While the agreements could go further in guaranteeing rights, the fact they address them is progress, and trade agreements can be more effective in securing those rights than other international approaches such as United Nations human rights instruments and policies.

“I never thought I’d be writing about women’s and LGBTQ+ rights in free trade agreements,” Bhala said. “It’s an amazing development for our field. I’m proud this article is in the world to take a serious look at these issues.”

Bhala has also authored the fifth edition of his book International Trade Law: A Comprehensive Textbook. The new edition is a four-volume work that serves as both a textbook for students and treatise for practitioners. The book, which will be published as an e-book and hardcover by Carolina Academic Press, is updated to reflect the reality that law schools no longer teach a single course on international trade law. Instead, it is now common practice to have a basic foundational course, followed by courses on specialties such as trade and the environment, trade and labor, trade and national security, or trade and development. The new edition has a modular approach that serves both as an introduction and allows for in-depth study in a user-friendly format.

“The book respects the integrity of the breadth and depth of the field as a whole, and with it you can go in-depth on any of the modular areas,” Bhala said.

The books do not serve as casebooks that simply reprint cases, laws and statutes. Instead, they feature Bhala’s research and writing on international trade law, giving students and practitioners insight into how the field has evolved over the years.

“The value added of the textbook lies not only in its comprehensiveness but also in its clarity and insights,” Bhala said.

The first volume addresses interdisciplinary foundations and fundamental obligations. Serving as an introduction, it features the legal, economic, philosophical and other influences that form the discipline, studying writings by Plutarch, Horace, Thomas Aquinas, Adam Smith and David Ricardo, and policies of Presidents Franklin Roosevelt, John F. Kennedy and others. Obligations founded by the World Trade Organization for its 164 member nations are emphasized.

Available in April, and endorsed by 20 leading scholars and practitioners in 10 different countries, the four-volume text will provide the most comprehensive look at one of the world’s most complex and rapidly changing fields of law.